Downsizing an office space can have a very positive spin-off, especially when a firm maximises the opportunity to reinvent the workplace.

When Warner Music in Singapore moved to new, smaller premises, the company saw it as an opportunity to create a whole new vibe that would be relevant to the future of the industry.

Designer Christopher Kwek of Forward 50, the company commissioned to design the premises, says Warner Music requested a space that would emphasise the hip, creative nature of the business.

"The office design also needed to reflect the collaborative culture of the workplace, which has a flat corporate structure," Kwek says. "And it needed to be a lively, friendly and comfortable work environment, with plenty of youthful exuberance.

"After an extensive dialogue with the firm, it was decided that since music is always changing and innovating, the design should avoid clichéd music motifs and symbols. Instead, we put the focus on tactile materials – Warner Music wanted its new office to feel more like a warehouse than a conventional office." 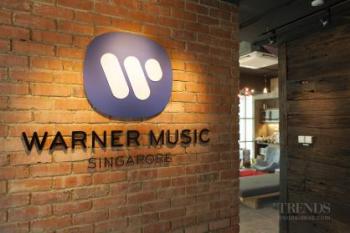 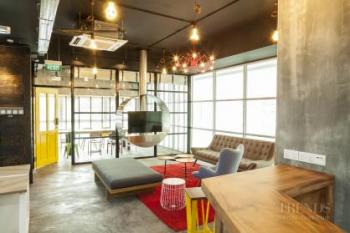 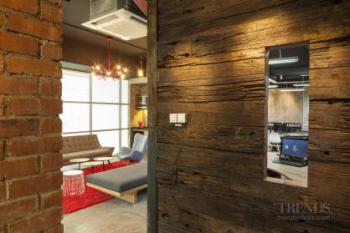 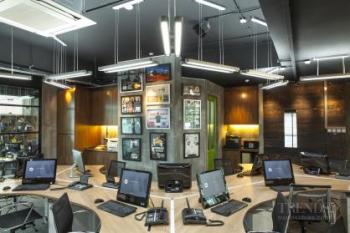 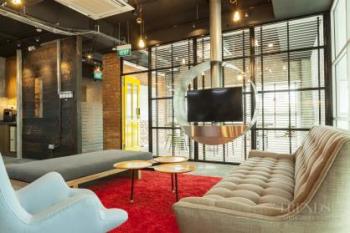 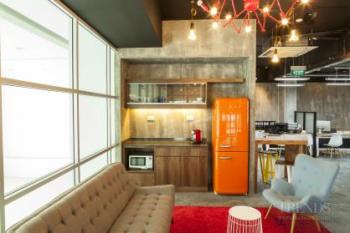 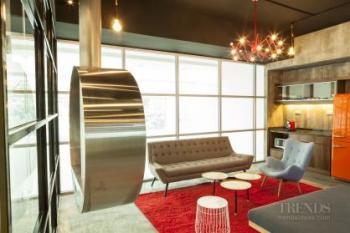 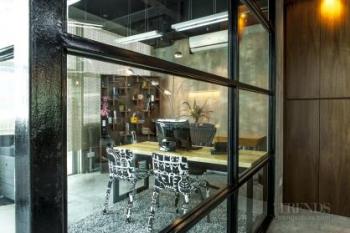 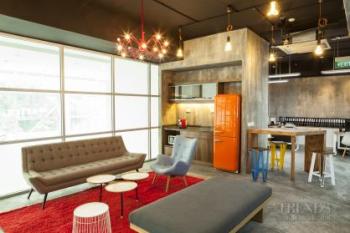 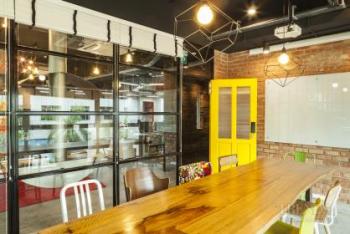 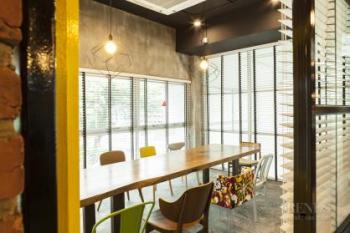 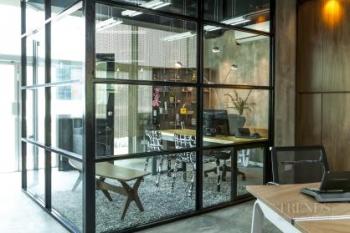 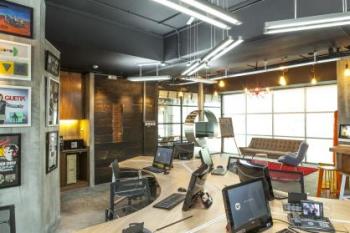 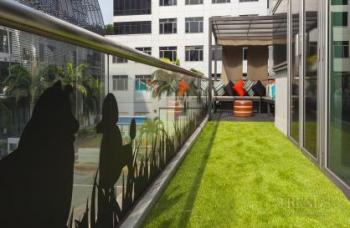 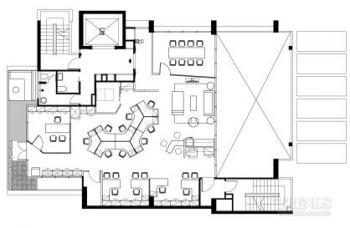 Kwek says another key challenge was to incorporate this design brief into a significantly smaller space of 171m2, compared to the 371m2 of the previous office. Opting for a free-flowing, open-plan space was a way to meet both objectives – it maximises the space and provides a collaborative, non-hierarchical workplace.

To enhance the sense of a warehouse space, the palette of materials includes cement-rendered floors and walls, brick walls, recycled railway sleepers, steel, glass and stone. The railway sleepers form a bold, textural wall at the entry, with a large cut-out providing a glimpse into the colourful world of the office beyond.

"An element of environmental consciousness was factored into the design," says Kwek. "The railway sleepers were recycled from Sri Lanka. Some of the furniture is also recycled – the bar table was custom made from African mahogany logs pruned and salvaged by the Singapore National Parks Board; and the conference room table was made from recycled Indonesian tigerwood. We also added genuine vintage chairs to complement the modern designer furniture."

Unexpected colour accents enliven the neutral backdrop. There are doors painted in different colours, including bright yellow, green and red.

Other pops of colour can be seen in a bright red rug and an orange Smeg '50s-style refrigerator. And a television mounted within a suspended fireplace-style stainless steel surround adds a fun, quirky touch.

The team introduced areas where staff could meet away from the workstations.

"From studying the way the company works, it was apparent that the staff frequently work closely together on projects, rather than individually," says Kwek. "We therefore included casual discussion zones where people can hang out.

"To further encourage staff collaboration, the marketing, sales and support staff were positioned in a 120° boomerang cluster of workstations, with no panels between them. Department heads and the finance team sit on the other side of the open space, but in larger workstations, with their backs to the walls, to provide a degree of privacy."

The designer says the meeting room and the general manager's office, which need to be closed from time to time, were framed in steel and glass to retain a sense of transparency.

"Two breakout zones were also allocated. The main area was designed to feel like a living room. With a television to share online videos, a pantry, island bar counter and a discussion board, it's perfect for creative brainstorming sessions. Another breakout area was created on the balcony, which is ideal for more intimate discussions, and for staff to stretch and step away from the work area."

"A Spotify station on the bar table is used to programme the playlist for the day, with staff taking turns to choose the music. This indirectly encourages interaction, and broadens each staff member's music consumption."

The designer says the new office also reflects the changing nature of the business. There is no CD/DVD storage, and staff are encouraged to store all content via cloud networks.

Kwek says the project, which will serve as a prototype for other Warner Music offices in the Asia-Pacific region, was shortlisted in the 2013 Herman Miller Asia Pacific Liveable Office Award.