Cocooned amid the forest, a traditional Malaysian kampong house is cooled naturally by the breezes passing through the lush vegetation. In other words, the setting is instrumental in providing a comfortable living environment.

Replicating such a setting in a Kuala Lumpur city suburb sounds difficult at best, but this was precisely the brief architect Leong Yew Kooi set himself when designing his own family home.

Leong says he set out to design a green building that would take its cue from both nature and tradition. And the concept of a forest cocoon was central to the project.

"The landscaping around the house is designed to mimic the wild profusion of a tropical forest, with a healthy mix of shrubs, trees and creepers," the architect says. "Localised ambient temperature is lowered through evaporation and transpiration – the pool beside the living areas also helps. With cross ventilation, this lower temperature is introduced into the house to provide a passive cooling system."

To help achieve this, the house forms a U shape. This maximises the perimeter walls and reduces the building's depth to improve cross ventilation. 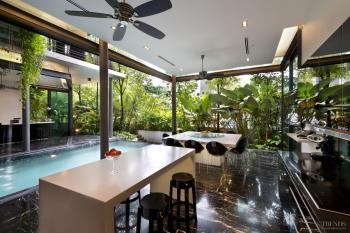 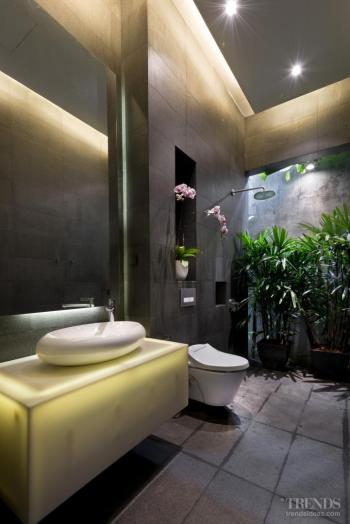 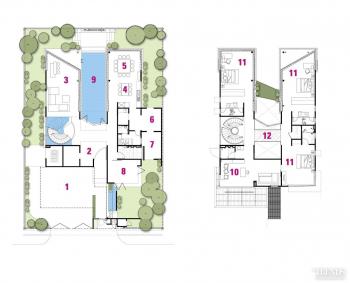 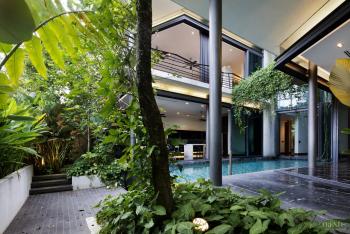 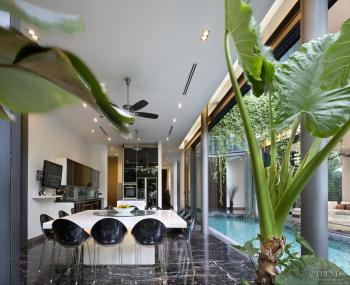 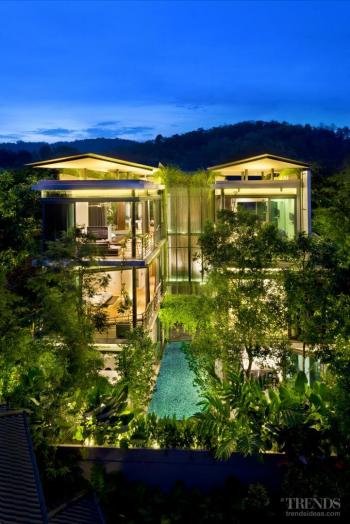 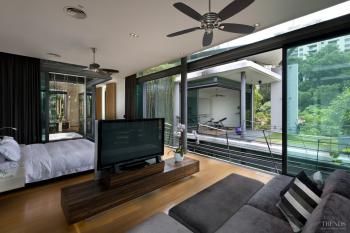 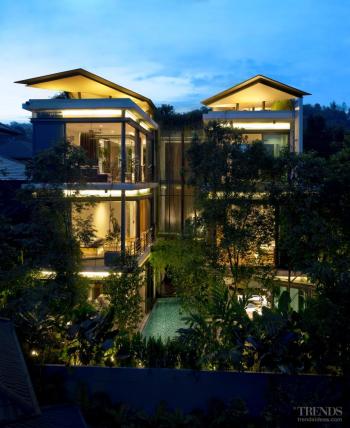 "The roof of the house is also raised, reinforcing the concept of a ventilated roof space," says Leong. "The folded roof effectively creates a heat shield that prevents heat from reaching the interior. Creepers in planters tumble down the walls, further protecting the house."

Natural lighting is assured, however. Unlike a traditional kampong, where large overhangs reduce light, this house has smaller overhangs – the landscaping cocoons the house instead, with dappled light filtering through the plants. Low-e high-performance glass helps to balance the need for light with the need to filter the sun and keep the heat out.

The architect says he also set out to replicate the relationship between a traditional kampong and the environment.

"This climate encourages outdoor activities, so the typical kampong house has evolved several forms of intermediate spaces that open to the outside," says Leong. "The internal rooms of the Cocoon House, as we call it, are turned into open terraces by having sliding doors instead of walls. From these indoor terraces, you can even touch the trees. The sliding doors are full-height glass, so that even when closed the visual transparency is maintained – the rooms still connect with the forest garden. The number of columns within the house was also reduced to a minimum to retain the sense of space and transparency."

The two wings of the house embrace the swimming pool and are connected by a glazed central atrium. A glass plenum at the top of the atrium encourages internal air movement, acting like a thermal chimney – warm air is ventilated through the roof, which also acts as a skylight.

"The staircase becomes the ordering element from which the internal spaces branch out," says the architect.

The living spaces and bedrooms face the rear, towards the view. Here, the walls are fully glazed but planters and aluminium louvres discreetly maintain privacy.

"The spatial arrangement allows the upper floors to be a private refuge for the family, while the ground floor, with the spillover extension of the forest garden spaces, becomes the perfect place for living and entertainment," says Leong.