A cantilevered box accommodates the second storey of this city house, which was designed to make a bold architectural statement

New housing is often clustered in established areas of the city, especially when it arises from a single, large subdivided property. Houses in such enclaves may have a complementary architectural style, but are most likely to have their own points of difference, as this project shows.

The house, which was designed and built by Cameron Ireland, with architect Jack McKinney, is one of several modern homes built on the site of a former hostel for unmarried mothers.

Because Ireland developed most of the new building sites, he was able to retain a similar architectural language. He was also able to ensure each property would have a private outdoor living area, even though some houses are right on the boundary line.

To bring a sense of drama to this house, the designer created a series of square-edged volumes linked by a central circulation spine. One of these volumes is a box-like element that accommodates the entire second storey.

"The box is positioned on an angle, which exaggerates the sense that it is simply floating on top of the house," says Ireland. "The skew makes it seem disconnected. At the front, the cantilevered end of the box pushes out towards the street, commanding attention and signalling the entry. The cantilevered element also helps to enclose the front porch, creating an intimate sense of arrival." 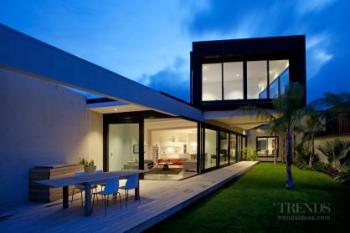 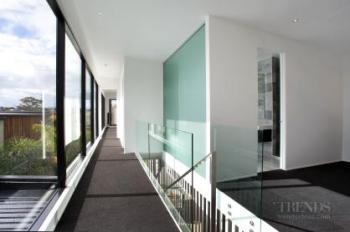 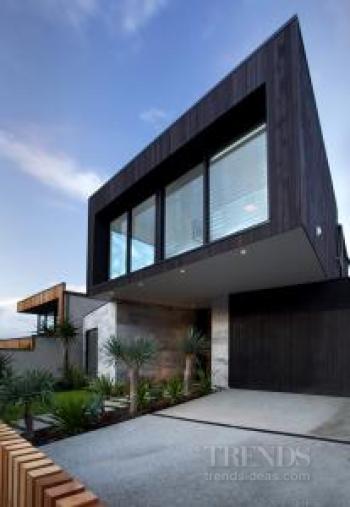 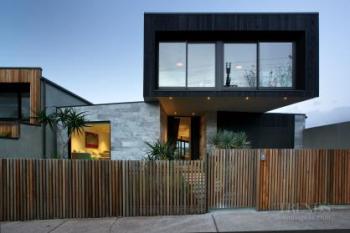 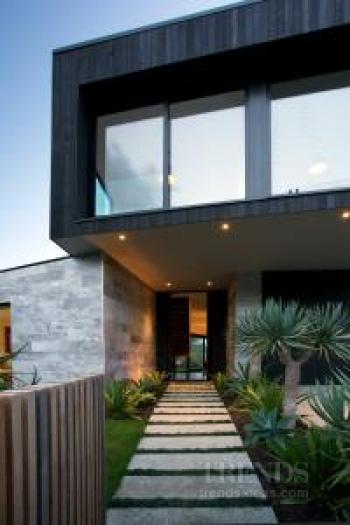 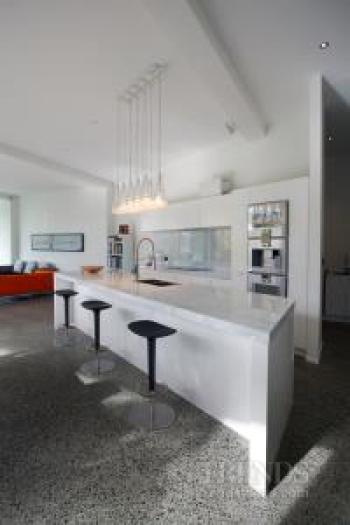 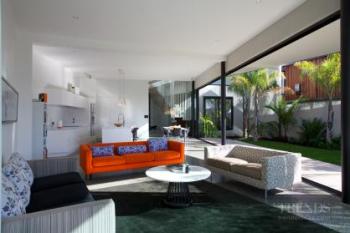 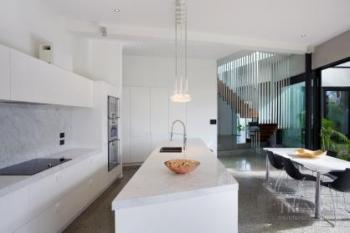 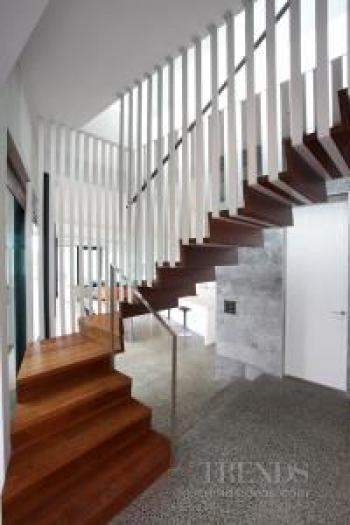 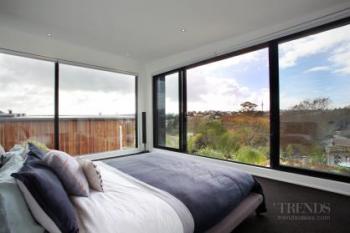 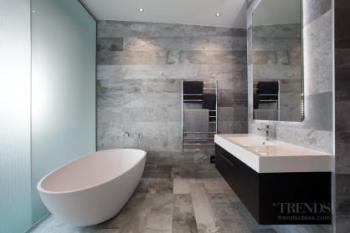 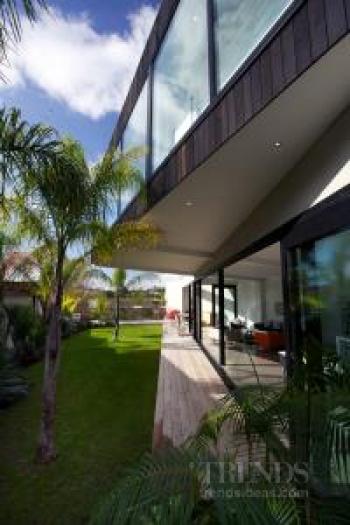 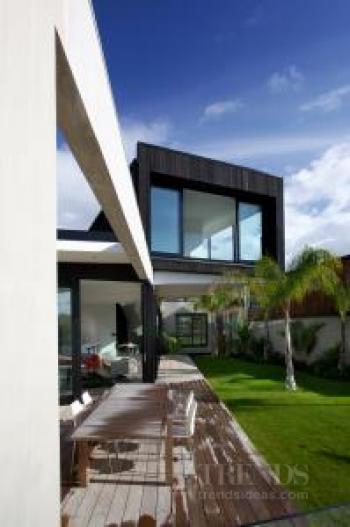 Contrasting materials reinforce the notion of separate volumes. The garage and floating box are clad in black-stained vertical cedar boards, while the box accommodating the formal living room features a large-format porcelain tile that resembles grey marble – these 1.5m-long tiles are fixed to concrete. The single window in this living room is framed in black, which further enhances the visual drama.

"The large tiles extend through to the inside of the house, where again they wrap around specific volumes," says Ireland. "The sense of floating elements also continues here, with a suspended open staircase that has timber steps supported by white steel bands. The open nature of this graphic centrepiece means you can see right through the staircase and get a sense of what lies beyond."

And it's the large, open-plan living area that draws the eye, right from the entry. This expansive space features almost 16m of sliders that open up the room to a long timber deck, a grassed area, and a swimming pool at the far end of the garden.

Contemporary furniture, chosen by interior designer Rachael Newnham, enhances the architecture. The designer also chose to have an all-white kitchen, so it is not visually intrusive. Colour accents, which can be changed out easily, help to enliven the look. In addition to the marble benchtops on the island and perimeter cabinets, there is a separate butler's pantry.

The flooring throughout the living area is polished aggregate concrete, which provides thermal benefits in winter.

Four bedrooms and a study are positioned on the upper level. Because the site is elevated, these rooms have expansive views – helped by the 50 lineal metres of glazing featured within this volume.

The master suite occupies the area within the cantilevered element at the front of the house. The marble-look porcelain tiles reappear in the ensuite bathroom, lining the walls and the floor. Because this room is internal, it has skylights, rather than windows. And there is a long, frosted-glass wall separating a hallway, which lets in plenty of natural light.

A freestanding, fully tiled wall supports a cantilevered vanity on one side, with shower fittings on the other side.

Ireland says his own family has been living in the house since it was completed, enjoying the laid-back lifestyle it brings.

"The other houses we are building on the block will have a similar emphasis on contemporary indoor-outdoor living," he says.