Many businesses plan a move when they feel their current premises no longer reflect their culture or the way they work. But sometimes, when the existing location is ideal, the best option is a total office makeover.

NEC, a leading provider of communication networks and IT solutions, took this approach for its Wellington head office. NEC chief financial officer Peter Davies says the company had been at the same location in Taranaki St for 10 years and had grown significantly over this time, spreading over the top two floors.

"We inherited the existing office decor, which was very generic and didn't say anything about NEC and who we were," he says. "Employees were quite isolated and accommodated in closed-off cubicles, which was not conducive to collaboration and idea sharing."

Jonathan Custance of Custance, the interior design consultancy commissioned to redesign the office interior, says there was a lot of wasted space over the two floors, and no view corridors, which made orientation difficult. In addition, the reception area, by the lifts, was buried in the middle of the building with no views.

Davies says the decision to upgrade the NEC premises supported a renewed push back into the New Zealand market, and a desire to raise the company's profile. 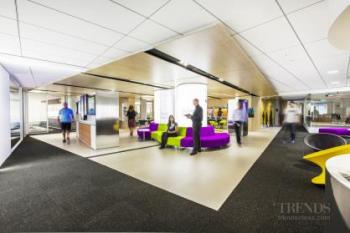 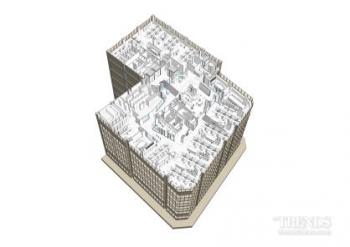 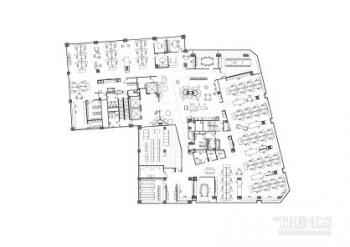 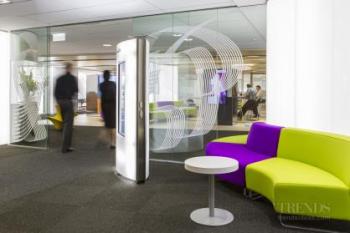 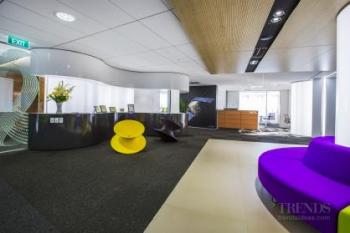 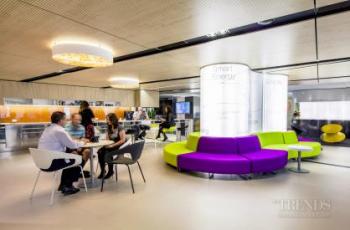 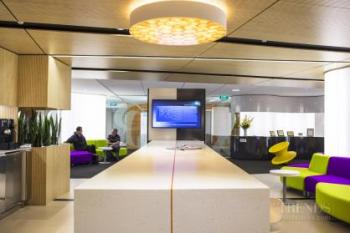 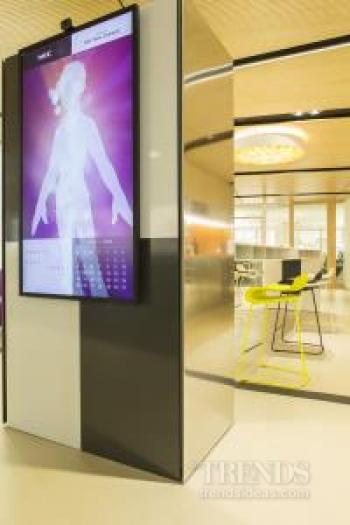 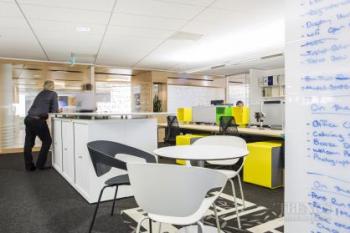 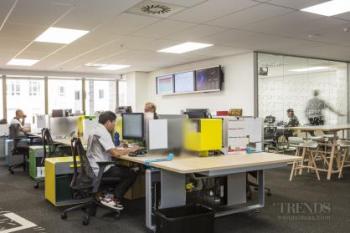 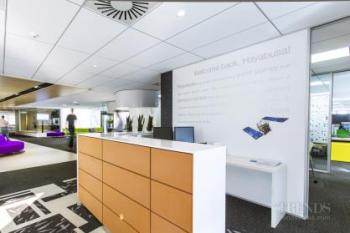 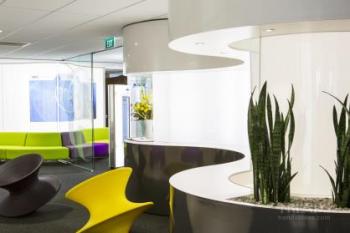 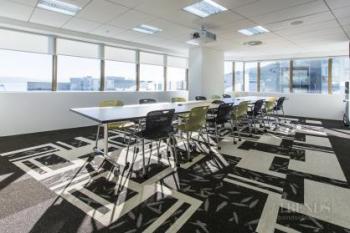 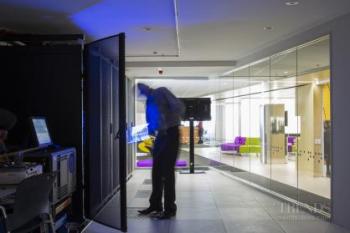 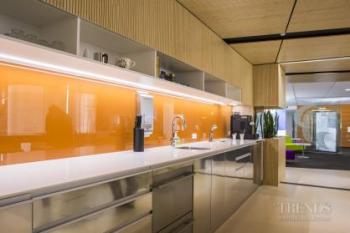 "We wanted an inspiring workplace, which would be unique to NEC – an innovation centre that would reflect who we are and what we do."

Custance says the project was complicated by the fact that the 1500m2 floorplate was spread over three separate, unaligned buildings, with each structure on a different axis.

"This presented multiple design challenges, including colliding grids, expansion joints and a plethora of inconvenient columns doubling up on the building perimeters," he says.

Custance's solution was to disguise these structural limitations in a variety of ways.

"At the point at which the three building grids collide, we introduced a fourth grid – a structural overlay that conceals most of this awkward interface. We have turned a negative into a positive by creating a stimulating interactive zone right in the centre of the office."

The zone is defined by a cork floor, which is echoed by a suspended timber ceiling. Negative detailing between the timber panels on the ceiling is painted black and punctuated by lights, services and seismic joints.

Custance says the interactive zone is a focal meeting point for employees and clients. It also provides a showcase for new NEC technology. This technology engages employees and visitors right from the entry, near the lift, where an NEC facial recognition security system welcomes newcomers. The system opens glass sliding doors to let people into the office.

"There is no reception desk," the designer says. "Visitors to the office are welcomed within the interactive zone, and can be taken through to the adjoining meeting rooms, if required, which occupy the corner of the building with the best views."

Virtually all of the large columns are disguised. While some of these are absorbed into the fit-out, with whiteboards mounted on either side, others are wrapped in curved opal acrylic screens, which are illuminated from within.

"The design simplifies the space," Custance says. "The problem with the columns and the separate buildings has been dissolved – and this now reads as a single building."

The sensuous 3-D form of the acrylic screens is repeated in the shape of the colourful seating that wraps around these partitions, and in the ribbon-like graphics on the glass walls.

"Essentially, we neutralised the space with a monochromatic shell for the base build," says the designer. "We then layered this with different textural surfaces, varying degrees of opaqueness, technology-inspired art, bold colour accents and whimsical furniture to reinforce an element of surprise. These are not NEC corporate colours – we always like an interior to be a supporting backdrop, so the logo remains the jewel in the crown."

The design team also introduced view shafts right through the office, and ensured these are not interrupted by partitions. No matter where they are in the office, employees can see out through a window to the view beyond.

Custance says employees have a variety of places where they can work, including high counters and collaborative areas. There is also a separate computer-modelling room.

The design features workstations positioned along benches, rather than in separate cubicles, which saves considerable space – to the extent that the entire workforce is now consolidated on a single floor.

"We actually have more people working here than before and we have room for expansion, so it is a much more cost-effective arrangement," says Davies. "We have also noticed an improvement in productivity and staff retention. And the employees appreciate the abundance of natural light, which was one of their original requests when we first sought their opinions on the new office design."