Connectivity is the very essence of a transport interchange, but this project isn't just about rail, bus and shuttle links. It's also about connections between concourse and platforms, and in a broader sense, links to a town centre yet to be built.

Butler Railway Station in Perth was designed by Coniglio Ainsworth Architects – the company won a public tender to design a new integrated transport hub for the Public Transport Authority of Western Australia (PTA).

Architect Andrew Ainsworth says the authority wanted an innovative design that would establish a benchmark for future hubs.

"They made it clear they wanted a very different transport interchange to what existed, but it also needed to be highly functional, robust, low maintenance and vandal resistant."

Ainsworth says the idea of a fluid connectivity inspired the design response. 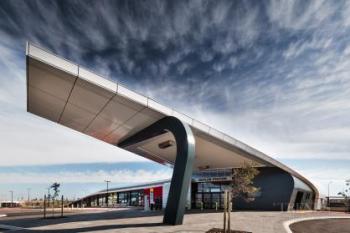 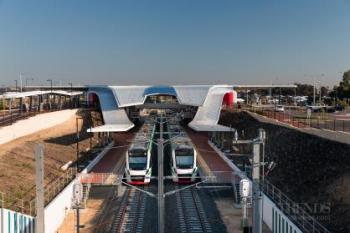 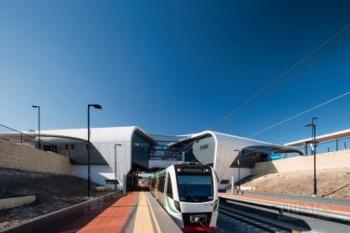 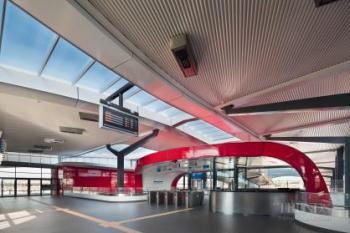 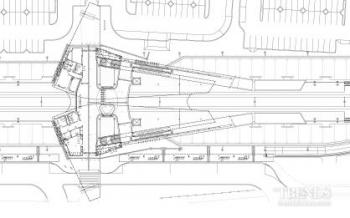 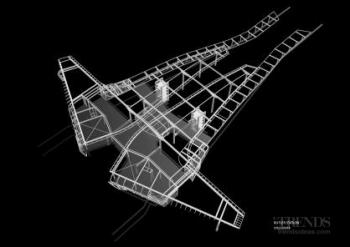 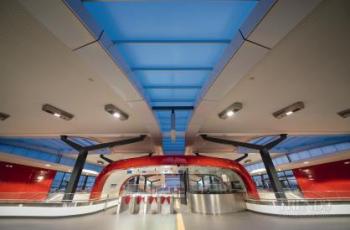 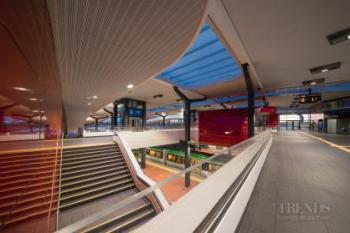 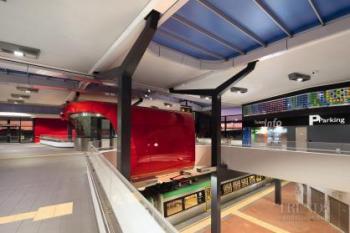 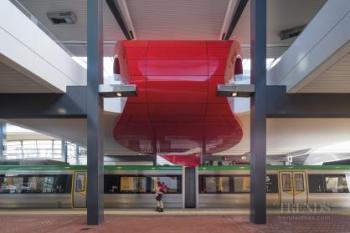 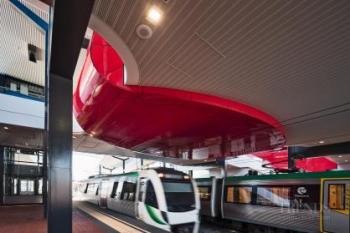 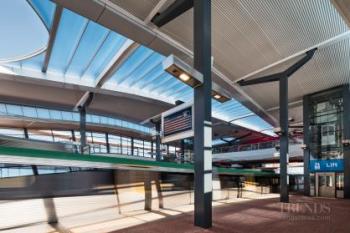 "Rail stations can lack a strong and clear relationship between the platform and concourse. The architecture for this project strives to improve on that. We wanted to make that relationship far more legible and simple to understand, so that people can read the space easily.

"And it was important to ensure the station entry would be welcoming, rather than defensive or intimidating."

The design team consequently created two large, soaring entry canopies – one on either side – that are directly aligned with the central axis of the future town centre plaza. The canopies flow down over the station to form two long, overlapping wings that shelter the platforms.

"On one side the entry canopy extends over the bus station pedestrian crossing so that it appears to reach out towards the town centre," says Ainsworth. "This helps to provide a strong sense of arrival.

"The external form of the building also provides a sense of connection between the upper concourse and the platforms below, which are set within a rail cutting. This creates a strong sense of movement that helps visitors to the station understand the way it is organised."

Ainsworth says the use of a single, sandwich-panel roofing system that combines the roofing, insulation and ceiling in one, allowed the spans to measure 9m, rather than the conventional 6m span adopted on previous station projects in Perth.

"This helps to create a light, airy interior. And because the spacing between the beams is greater, it significantly reduces the steel tonnage for the project."

The split-roof arrangement allows for plenty of natural light to flood the interior, through blue Danpalon semi-transparent polycarbonate panels.

Another key feature of the interior is a large, curved, bright red canopy above the ticketing booth that wraps down around the underside of the concourse, visually linking the upper and lower levels.

"The overarching roof form creates a dramatic, welcoming, customer-focused entry that gives more prominence to the entry booth and fare gates than on typical stations," says the architect. "The complex geometry was made possible by using Ceratec vitreous enamel metal panels, which are low maintenance and vandal resistant."

Large voids enhance the light, spacious feel of the interior – they also help with wayfinding and passive surveillance.

"We adopted the principles of crime prevention through environmental design. The openness of the building means every area can be seen at all times from multiple vantage points, which decreases the likelihood of anti-social behaviour and vandalism."

Although there was no rating tool for a train station at the time, the interchange was designed to achieve a 4 Star Green Star rating, and employs a raft of sustainable design components. These include large eaves for summer shading and controlled winter sun penetration, extensive natural lighting, the use of low-maintenance materials, light sensors, bicycle parks and staff shower facilities.