This new contemporary semi-detached house by Robin Tan maximises indoor-outdoor flow and a great view, with a rooftop terrace

Semi-detached houses, also known as duplexes, are usually built as mirror images of each other. But in recent years, the nature of these structures is changing as new owners look to update the homes to better suit modern lifestyles.

The semi-detached house that once stood on this site was demolished to make way for a new, contemporary home that is a complete contrast to what went before.

Architect Robin Tan of Wallflower Architecture + Design says the owners wanted to use all the available space and height to create a large family home with a roof terrace that would maximise a great view at the rear.

"The formal expression of the house is also a response to a strict interpretation of local regulations," Tan says. "These stipulate that this must be a two-storey house, but we were able to include an attic level, which essentially gave us three storeys. In keeping with requirements, the roof needed to wrap down part of this upper level, so it looks like a two-storey house from the street."

The architect says the house couples two distinct forms – a tall, narrow block the width of a single room, which houses the master bedroom, study and attic living space, and a wider block at the rear that accommodates children's bedrooms. But the composition was also determined by the choice of materials and the way these are used. 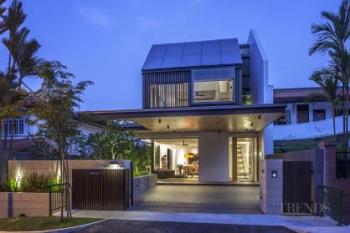 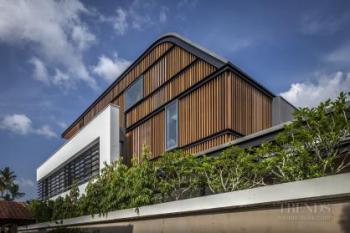 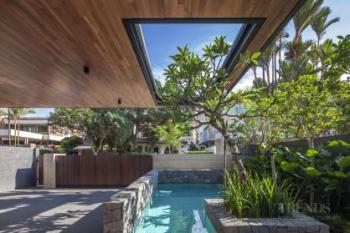 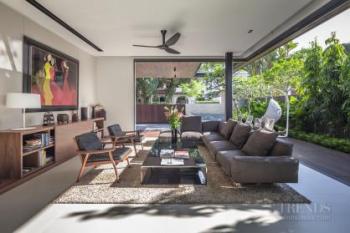 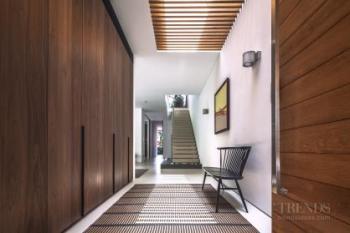 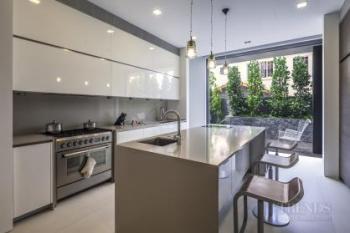 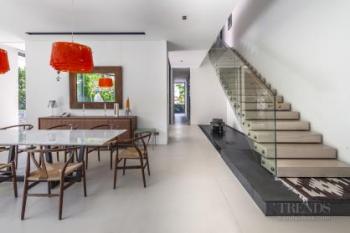 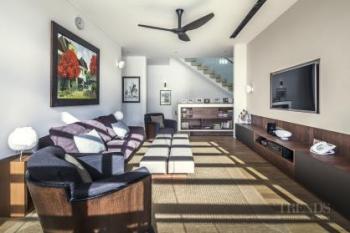 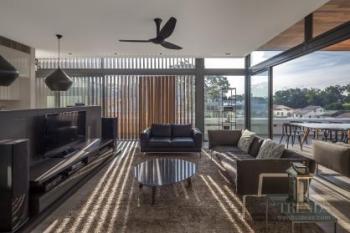 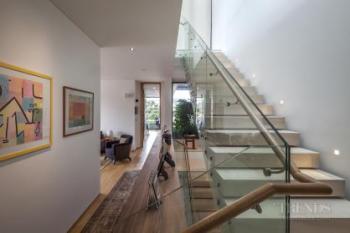 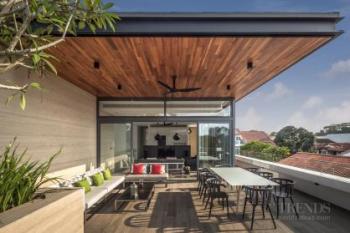 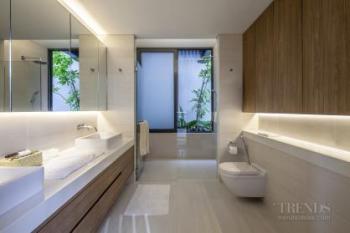 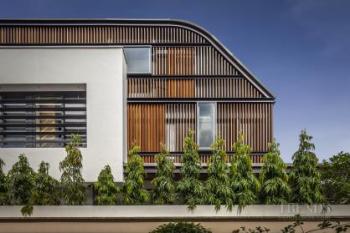 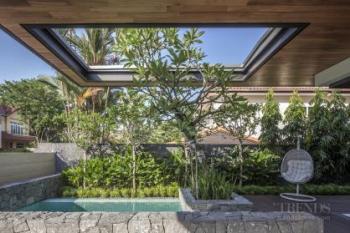 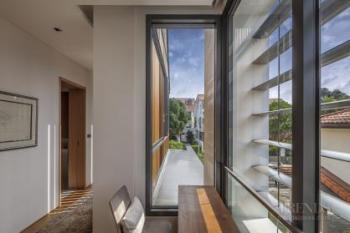 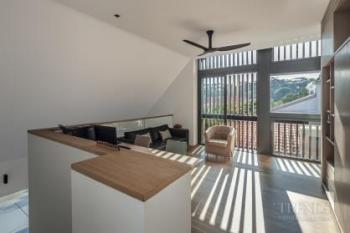 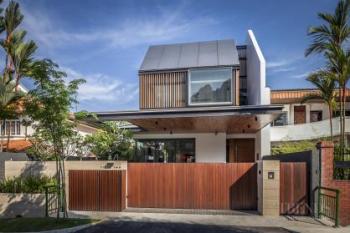 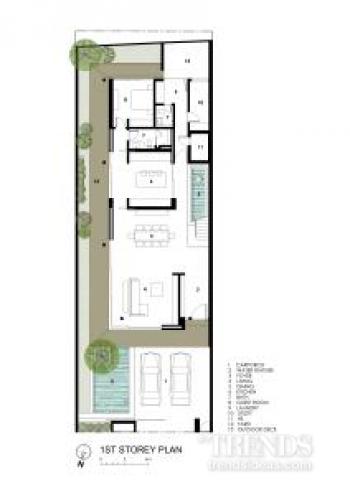 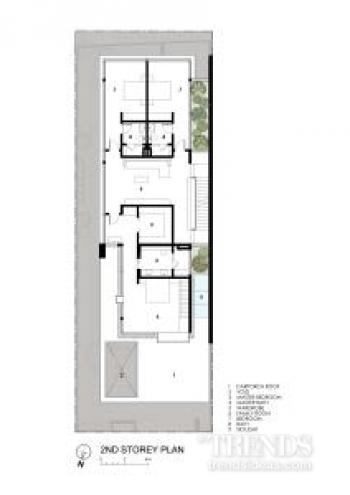 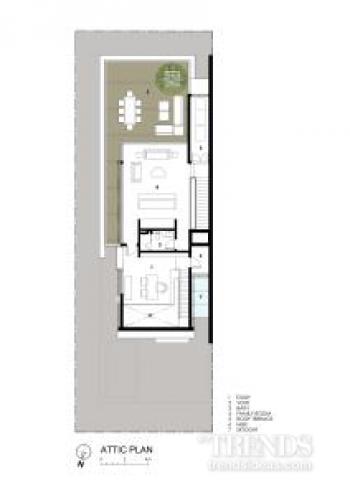 "Because this is a tropical climate, the house has a multilayered facade of sliding glass doors and windows, and a veil of operable vertical timber louvres punctuated by clear glass bay windows," says Tan. "There are also horizontal aluminium sunscreens and vertical blinds. The louvres and blinds enable the owners to control the sunlight and breezes coming into the house, and also the view."

Extra-large, cantilevered canopies lined with teak extend from the front of the house, and above the roof terrace at the rear. The front canopy creates a car porch and signals the entry to the house. A rectangular cutout in the structure echoes the shape of a reflection pool below.

"By stretching the canopy right out to the side, it creates a strong horizontal line and a more impressive entry," says Tan. "The cutout meant we could make the canopy large without compromising on the natural light."

The need for natural light was also an influence in the design of an inset space, like a deep negative reveal, adjoining the new party wall between the two houses.

"We pulled the house away from the party wall to create this gap, which allows light to come into the centre of the house via a long, rectangular skylight," says the architect. "Traditionally, the downside of semi-detached houses has been the way that they are only able to draw in light on three sides. By adding the skylight, and keeping the central floor open, natural light floods the stairwell."

On the interior, generous 2.8m ceiling heights help to keep the living spaces light and airy. So, too, does the design of the ground-floor living room, which resembles a glass pavilion that opens right up to the outdoors.

"This effect is heightened by having the main structural support set back from the perimeter walls," says Tan. "The glass doors slide past the column without touching, reinforcing the sense of a light transparent space."

A similar sense of lightness is created by the sculptural stairs. The staircase was cast in concrete, but each tread is wrapped in limestone.

"The limestone is fixed with shadow gaps that make the treads appear slightly detached from one another. It is almost as though they are floating, which makes the entire staircase look lighter."

Tan positioned the lower stairs on a black granite slab that mimics the form of the skylight above.

Travertine marble also features in the house – it forms walls at the front of the property and reappears on the roof terrace. Here it forms an exterior wall that appears to slide through the glass into the living space, helping to create a seamless link between the indoors and outdoors.

"This attic level, with its living room and roof terrace, is where the owners like to spend time relaxing and entertaining," the architect says. "In addition to the full kitchen on the lower level, there is a small galley-style kitchen on this floor, as well as a study and bathroom."

The family can also relax in the living space in the centre of the house on the second level.