Impacted by the internet and the digital worldgenerally, media groups today are consolidating and reinventing themselves for a brave new world. Part of this is finding premises that bring divisions together for a focussed, integrated news presence.

While 2 Graham St wasn't actually built for principal tenant New Zealand Media and Entertainment (NZME) it did provide the ideal environment in which to merge the newspaper, radio, and digital media business.

Designed by JCY Architects, with director Jason Gerrand as project director, and MCS as civil and structural engineer, the development consists of two new six-storey commercial office buildings linked by an enclosed glass atrium. There is also a second atrium that floods natural light into the heart of one of the buildings. In addition, there's a connecting podium and 240 carparks located in two levels of basement parking.

Besides offering around 21,050m2 of office space, 2 Graham St animates the area at street level with retail along the edge of the longer building B. Further retail is on the side of the podium that steps down to Hardinge Street at the rear of the buildings.

The contemporary, mixed use development boasts large floor plates of up to 3100m² per level and the two buildings' significant size could have resulted in a monolithic presence. 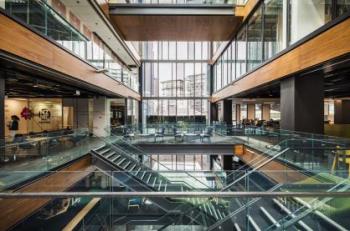 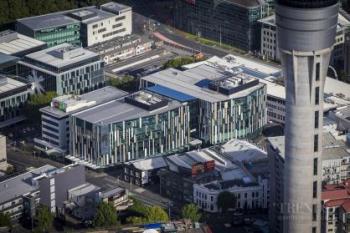 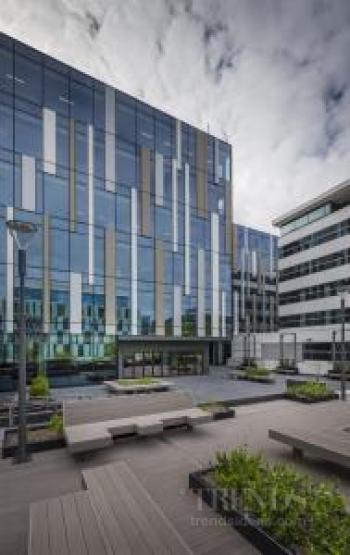 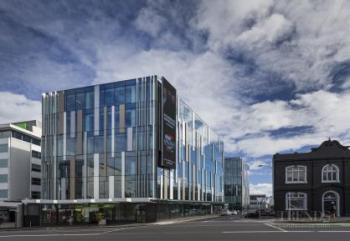 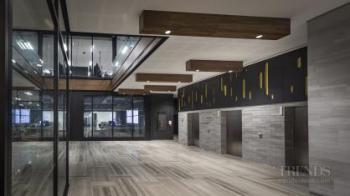 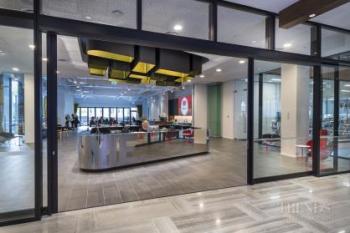 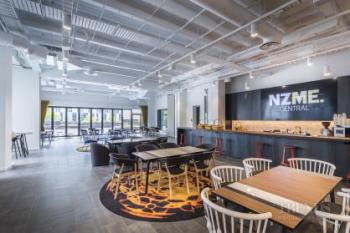 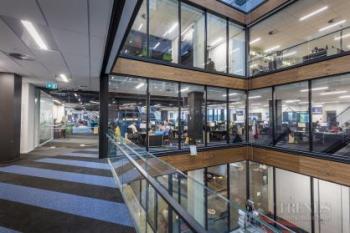 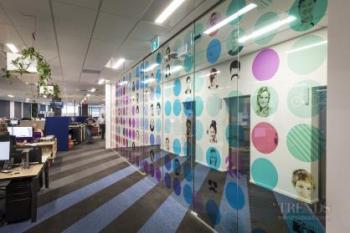 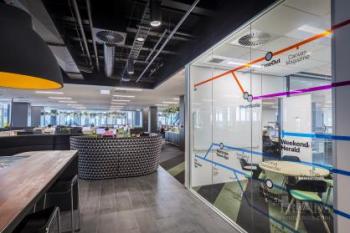 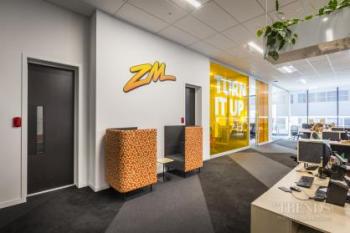 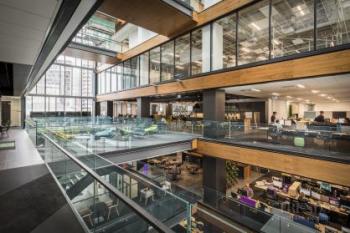 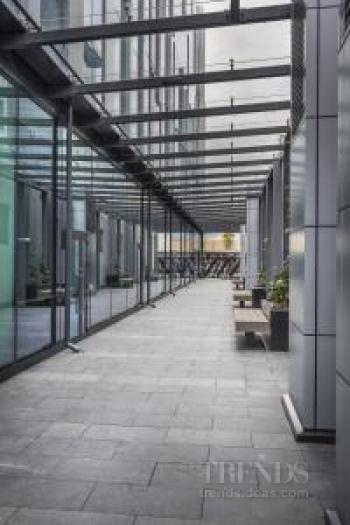 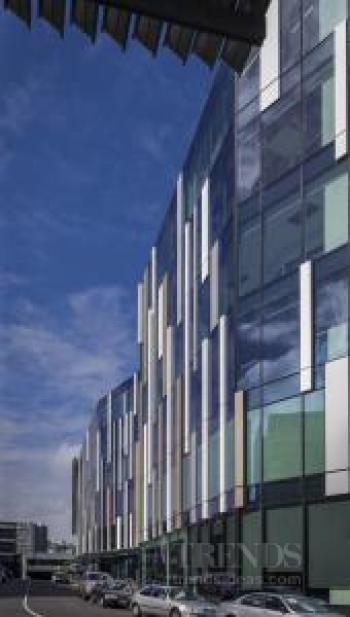 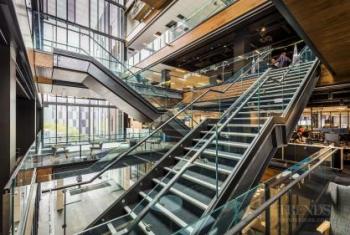 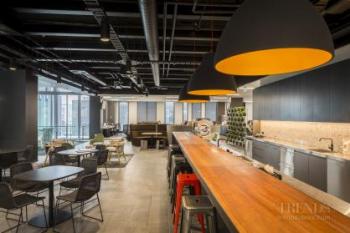 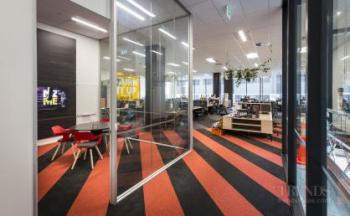 Gerrand says there are many aspects to the complex facade which helped to define and yet downplay the presence of the conjoined buildings.

"The complex facade treatments balance light and solar control across the faces of the buildings, modulating openness and privacy," says Gerrand. "The ground floors of both buildings have full height glazing, providing the active edge required for retail.

"The four levels of facade rising above comprise monolithic glass punctuated by Aluminium Composite Material (ACM) patterning. The density of arrangement of the panels increases towards the corners of the buildings, crisply defining their edges."

"Further visual relief is provided at key corners and across the entire northern facade with a series of anodised aluminium vertical fins in colours that echo the ACM facade pattern. The aluminium fins range from 2-5m in length. These were fixed to the façade by abseilers after the glazing was installed.

Inside, the glass atrium with its crisscrossing bridges and stairs has a sculptural presence of its own. The inset end walls are an artful composition of three tones of tinted glass, hiding the complex structural support skeleton behind the glass.

Dynamic as the atrium is, the need for seismic resistance made it even more complex behind the scenes. The atrium edge junctions are engineered to move up to 80cm in the event of an earthquake, while glazed roofs over the main and internal atriums have specialist extrusions with enhanced drainage.

The buildings' sustainability features include everything from an efficient building envelope to superior indoor air quality, specification of low-VOC materials, and social aspects of green design, such as bike facilities. These pushed it over the line to be Auckland's latest 5 Green Star rated building.

It was 2 Graham St's green, modern, open, and interconnected environment that attracted its major tenant, media conglomerate NZME as it set about radically transforming its business.

Rather than relocating its three component parts – Herald publisher APN NZ, broadcaster The Radio Network and e-commerce provider GrabOne – into one of its existing Auckland offices, NZME drew a line under the past and drafted plans for this ambitious location a few blocks away across town.

As its new ‘audience-first' strategy was mapped within the walls of its existing Albert Street and Cook Street offices, so it physically took shape, space by space, on 2 Graham St.

"To connect to listeners, several of the company's radio stations achieve visual prominence at street level on the corners of the building. Their presence is further heightened through public information digital screens mounted on the building's exterior."

NZME now has an integrated newsroom on the first floor of building A, incorporating digital, print, radio and video. A newsdesk in the centre is designed for stand-up meetings and conferences.

"At ground floor in building A, a shiny stainless steel reception desk welcomes visitors in. Behind this, the iHeart Lounge offers an events venue that opens to an exterior courtyard over the podium."

While these elements indicate an emphasis on individual parts, the two buildings' connectivity lent itself to NZME's more consolidated presence – a creative, innovation hub, agile and fully enabled.

To reflect this NZME focuses on collaborative workplace for teams to come together. And an important part of this was the utilisation of the light-filled, central atrium.

"Occupying space on both sides of the divide, NZME wanted its cafés located in this area for an animated, feel-good atmosphere," says Brady. "In addition, the four cross bridges are large enough for casual break out and meeting spaces."

The NZME floors are intentionally open-plan throughout, without a single enclosed office, while colourful, conceptual signage features throughout.