Planning restrictions can create enormous challenges for architects, but they can also spark some of the most innovative design responses.

Sandcrawler, designed by Andrew Bromberg of Aedas, is a new office building in Singapore that addresses a raft of masterplanning restrictions. It also responds to a number of special requirements for client Lucas Real Estate Singapore, and tenants from the film, animation and production industries.

"Due to the nature of the sensitive work being performed inside, the design needed to provide a high level of privacy," the architect says. "At the same time, however, it was important to have an attractive outlook."

The building also needed to provide a strong civic quality for Lucasfilm Singapore's regional headquarters, be sustainably designed, and offer spaces that would encourage social interaction.

Bromberg's solution is an elevated, horseshoe-shaped building, with a sleek, polished curved facade that wraps around a landscaped courtyard. 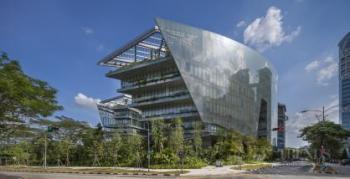 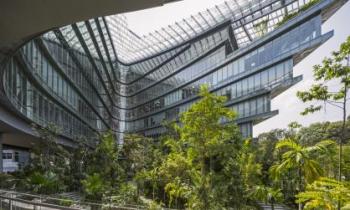 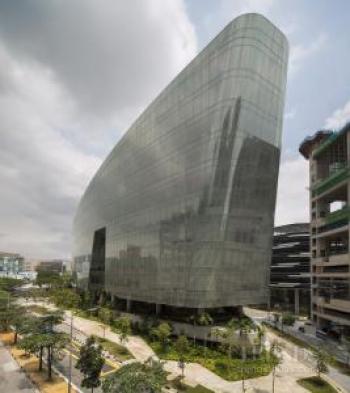 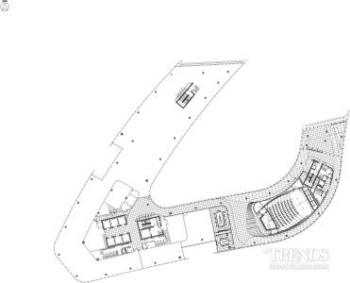 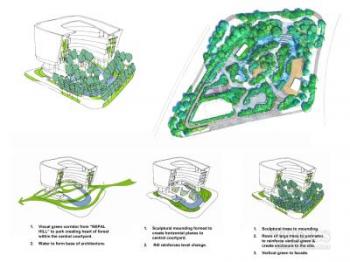 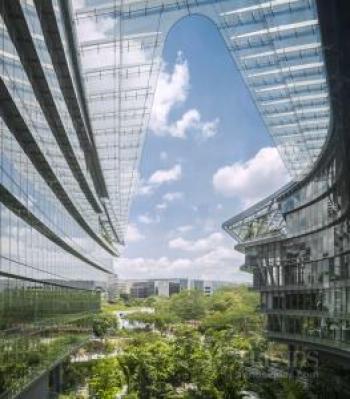 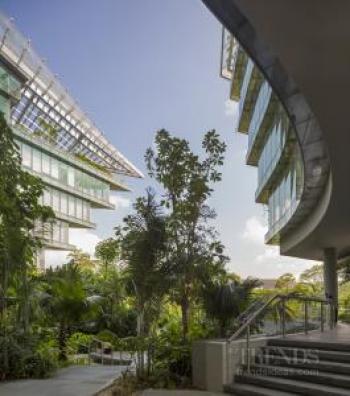 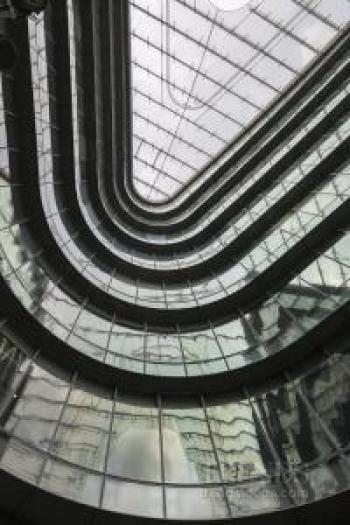 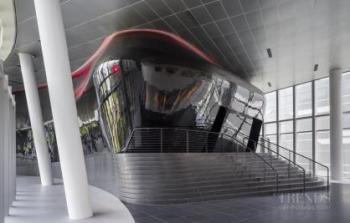 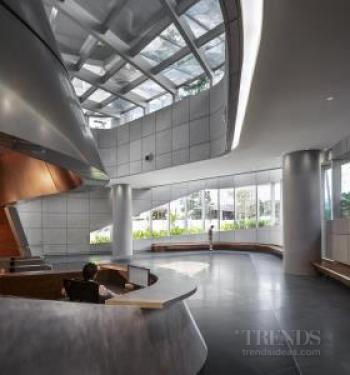 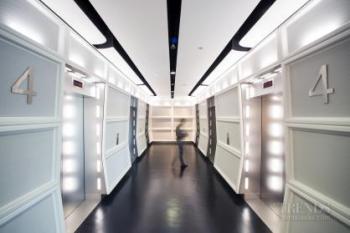 "A standard office plan would not have met the required mass-to-building line percentages," he says. "The horseshoe form was a logical outcome of the masterplanning restrictions, which dictated the roof height and slope, as well as the maximum elevation of each face."

The building was lifted up to 13m off the ground to afford privacy and security for the client and tenants. The elevation makes the building appear to float above the ground. It also creates a generous, sheltered public space at ground level, adding a strong civic dimension not normally associated with corporate offices.

"The horseshoe configuration improves the quality of the spaces within as well," says Bromberg. "It offers a narrower floorplate with a double light aperture so there is plenty of natural light flooding the interior."

The sleek, semi-opaque nature of the facade on the outer curve of the building reinforces the floating concept. It also enhances the high level of privacy provided by the design. But on the inside, the frit pattern on the glass allows a transparency so that views are maintained and there is a sense of connectivity with the surroundings.

"On the inside curve of the horseshoe facing the landscaped courtyard, the facade is more open, and the glass is highly transparent."

Another contrast is provided by the juxtaposition of the curved organic form of the building with the jarring sharp angles on the ends that taper towards the courtyard.

"The floor slabs off the wing walls slowly step out from the lower floors to the upper levels. This maximises the perceived volume within the landscaped roof deck, and improves the shading to each floor. Luxuriant planting and green terraces will eventually provide greenery that cascades down the facade, further sheltering the offices from the sun, while tying the building into the landscape below."

The architect designed a number of spaces that allow for easy social interaction.

"The courtyard, which is landscaped in a natural, overgrown manner, creates a great outdoor space. It's also a link to the adjacent one-North green belt within the masterplan for the area. In addition, the building has both semi-public and semi-private roof terraces to encourage further social interaction."

A key feature of the interior is a 100-seat theatre, which replicates the organic form of the building.

"The theatre is the heart of the building," says Bromberg. "As such, it is expressed independently within a vast double-volume space, so it is perceived to be floating free of the ceiling. The geometry recalls the smooth, streamlined language set up by the building exterior. The theatre is both a functional component of the client's work, and a symbol of the end result of this work."

Key sustainability features include the passive design elements of the building itself, and covered walkways that also help to reduce solar heat gain.

Other initiatives include lighting systems that minimise the need for artificial lighting, and high-frequency ballasts for all fluorescent light fittings to prevent flickering.

Mechanical services are designed to maximise energy efficiency, and there are WELS-rated water fittings used throughout the building.

Sandcrawler has already received a major design award. It was named Design of the Year in the President's Design Award 2014 conferred by the President of the Republic of Singapore and jointly administered by DesignSingapore Council and Urban Redevelopment Authority.

The building also received an Honor Award at the 2014 American Institute of Architects Northwest and Pacific Region Design Awards.