From alcoves evoking the lush tropical rain forests of Borneo to an icy-white Icelandic retreat inside a repurposed silo, the fit-out of the Lonely Planet offices in an historic brewery takes you on a world journey without ever leaving the country. The design stimulates travellers but also reminds staff of the exciting places that its publications promote.

Siren Design was asked by Lonely Planet to design its new Melbourne home within the iconic heritage-listed Malt Store, in Carlton. The historic brewery was chosen as a physical reminder of the city and as such was seen as an apt springboard for travellers' dreams of exotic, faraway places.

Siren Melbourne director Nicole Pollak says the intent was to create an environment that would promote interdepartment connection, foster culture, and reflect the core business values of Lonely Planet.

"The company's motto is ‘the thrill of discovery can be found almost everywhere', and we took this as a design starting point," says Pollak.

And Pollak means that literally. Mock luggage tickets form the wayfinders in the two-level space neatly slotted into the red-brick building. Front of house – reception, casual seating, meeting rooms and the cafeteria – is on the upper floor, with workstations and offices on the floor below. Via floor cutaways, upstairs balconies look down on the work floor and over the tops of concrete silos. 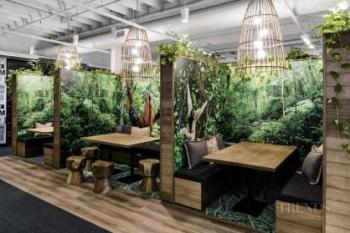 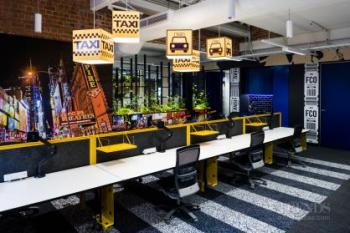 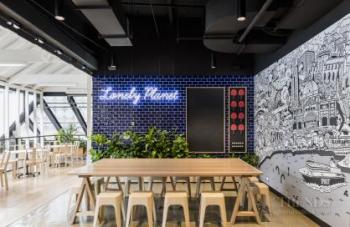 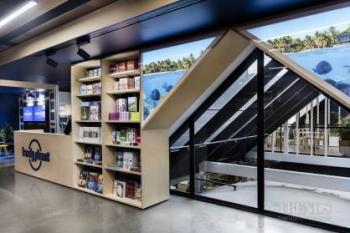 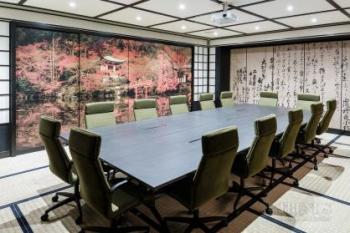 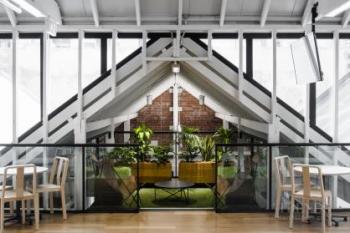 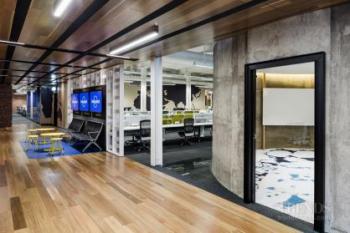 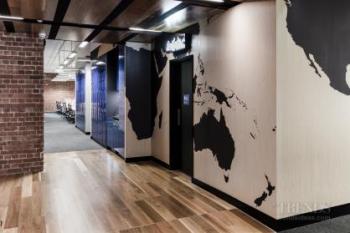 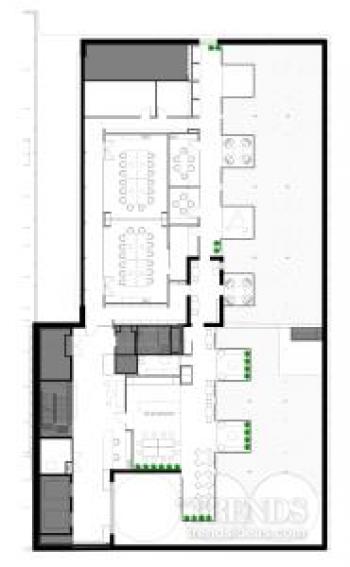 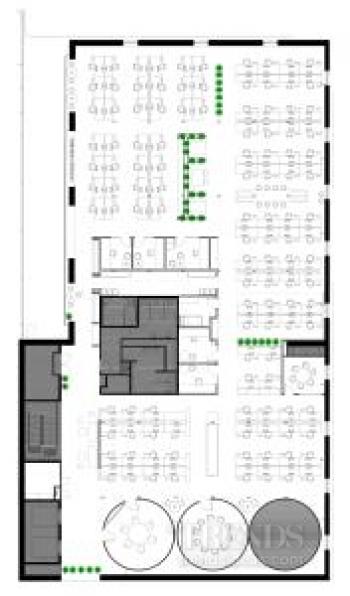 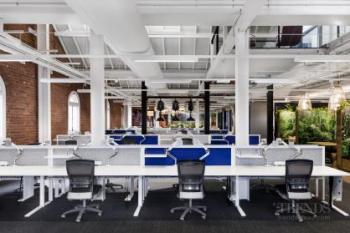 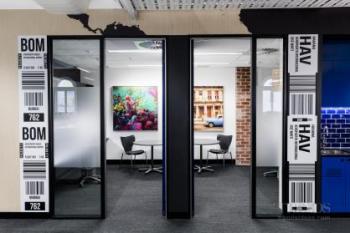 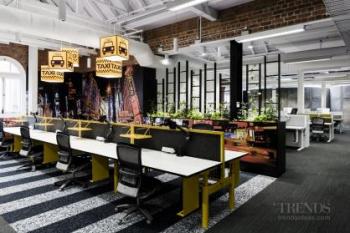 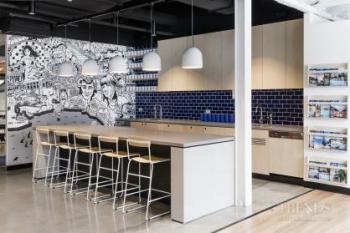 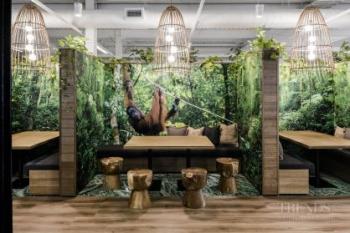 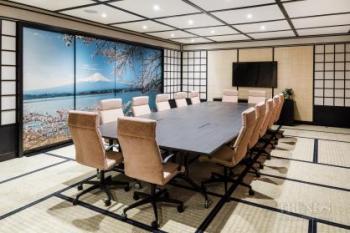 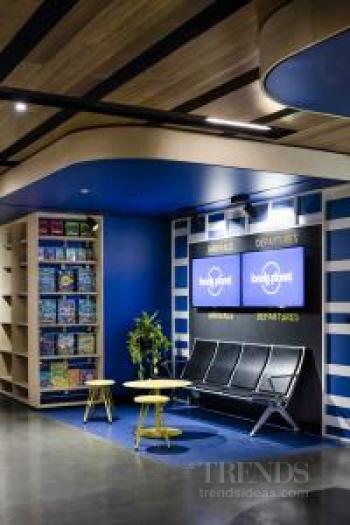 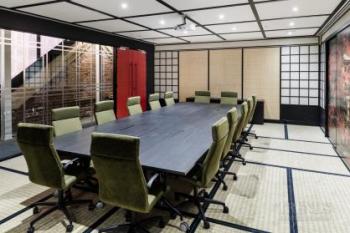 On both floors, Siren's design approach was to feature destination zones – each one bespoke in terms of design and delivery. This level of detail is particularly evident in the upstairs boardrooms.

"These both have the character of Japanese Edo-period architecture. Custom tatami mat graphics cover the floors while wall-size panels glide back to reveal whiteboards or views of the red brick walls and a circulation corridor. The full-size panels feature vibrant photos evoking Japanese culture – a pagoda among trees, or iconic Mt Fujiyama – while operable wall panels reflect Japanese calligraphy."

Downstairs, one of the silos has been overtaken by a stark, white Arctic landscape. Here frosted white chairs resemble icicles and a light show depicts the swirling, flickering Northern Lights. Part of the project brief was to not interfere with heritage elements so the white boards in the Iceland-themed silo are supported on proud structures to avoid compromising the protected surface of the wall.

And the journey continues in breakout spaces with lush wallpaper of the Borneo rainforest and a custom digital-printed forest-floor carpet. Even the casual stools are shaped like tree stumps. Another example, is a run of desking set amongst the sights and signs of a New York taxi rank in Times Square.

"These scenes are as much about inspiring the staff as visitors and potential travellers," says Pollak.

However, the immediate location of the building is never forgotten, with views of the inner city and surrounding architecture captured from most workstations. The laneway-inspired café showcases the Lonely Planet history alongside recognisable Australian landmarks in a street-art style mural.

In practical terms, the layout is open-plan to foster maximum connectivity, permeability, efficiency and equitability amongst staff, while individual, linear workstations are highly versatile. The culture of inclusiveness is further extended by encouraging use of the café upstairs. Small tea stations are provided on the ground floor.

A mix of reclaimed and recycled furniture from Lonely Planet's previous office was adapted for the fit-out. All products and materials were chosen for their sustainability while workstations are set around the perimeter to optimise use of natural light.