It's a common enough design scenario, the need to connect a traditional interior with a contemporary addition. Of course, famously, the answer's often in the details.

Designer Anna Klimova from Studio Urbo created this bathroom as part of the alteration of and addition to an existing Victorian terrace house with rich detailing.

"The original bathroom was added in the mid 1930s and then renovated in the 1980s," says Klimova. "Its initial location was a small, narrow space near a study.

"Our brief was to transform the study into a modern luxury bathroom suite with a freestanding bath, a separate shower and a generous-sized vanity."

To achieve this, Klimova removed existing walls to make a roomy study and connected master bathroom. 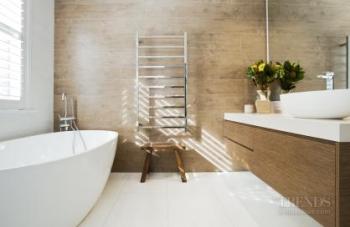 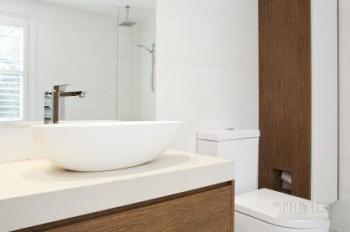 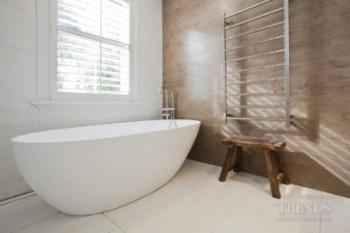 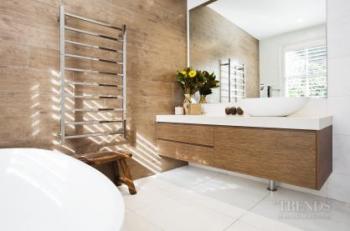 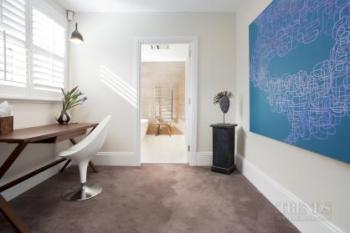 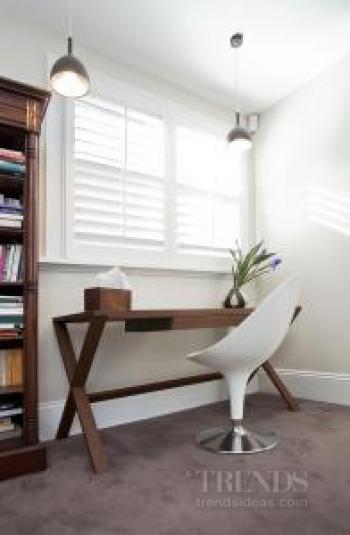 "To marry the historic and brand new, we added mouldings to a door between the reworked rooms and high skirtings in the study, echoing those seen elsewhere."

The original external windows were retained by the designer as another link between the ornate and the introduced.

"We also added a high level of custom modern woodworking detail in the bath-room – such as pelmets and refined draw interiors. As another example, the vanity's recessed drawer pulls create a negative detail under the benchtop."

With the kitchen and its plumbing directly underneath the new bathroom, reworking and rerouting the upstairs services was a tricky part of the project.

Ample storage had been another request – hence the generous drawers and the addition of another wall cabinet.

"For a welcoming look, I introduced timber-look tiles on the feature wall and matching veneer joinery," says Klimova. "Together, they create a warm, inviting feel and are off-set by the white tub and basin – which have similar forms."