If your stock in trade is architecture and design you would want your own new premises to reflect your skillset. And the offices of Hillam Architects do just that – elegantly merging a strong, affordable visual presence with smart functionality.

The buildings' existing concrete slab, structure and services were left exposed and all painted out black, then paired with a strong, directional lighting concept featuring continuous LED extrusions. The result is an interior that speaks of a dynamic, yet modern industrialist vibe, says Hillam Architects associate Hollie Raymond-Baker.

Standing out from intentionally low-light interiors, the concrete and wood veneer reception desk offers a strong, rugged feature to match the pared back surroundings. A batten screen that backdrops the desk provides a semi-transparent sense of the studio behind and also extends up and over as a ceiling element partly screening the multitude of exposed services. The same batten screen creates a visual corridor in the main open-plan work studio and acts as a wayfinding element.

"Housing 40 people, the flexible and informal workplace includes a series of operable rooms running along one wall," says Raymond-Baker. "The two meeting rooms, and end break out space can all be separated via operable wall partitions or opened to each other and to the wider volume."

A unifying feature of these spaces is a veneer acoustic ceiling which has custom perforations to match the Kvadrat fabric operable walls. And a polished plaster dado finish is also seen in all three rooms. Bolon, a woven vinyl floor product, is used in the front of house area. This also extends back to the circulation corridor and runs into the meeting rooms themselves, providing a third connecting element when the bifold doors are stacked away. 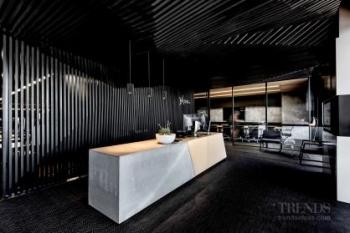 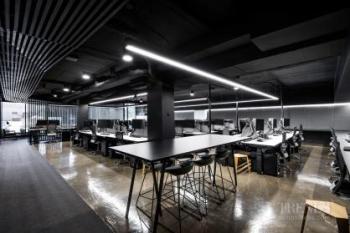 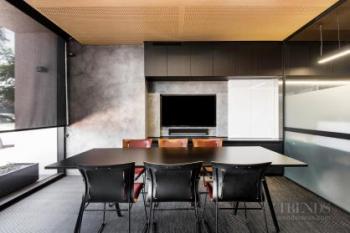 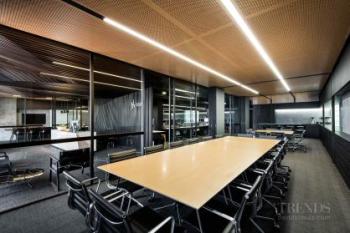 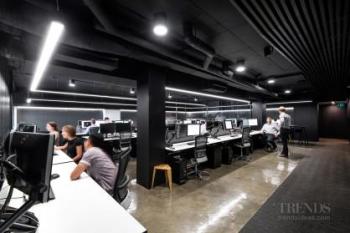 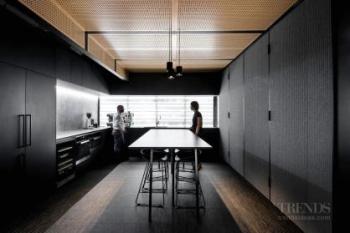 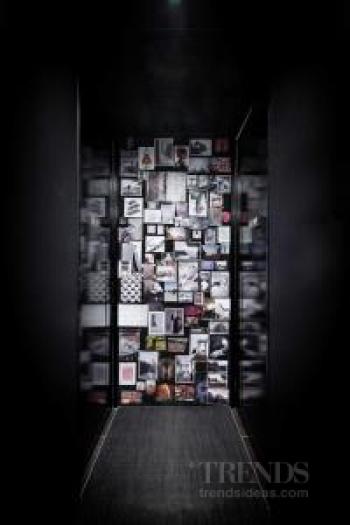 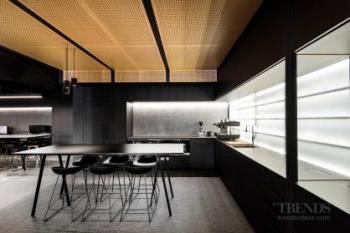 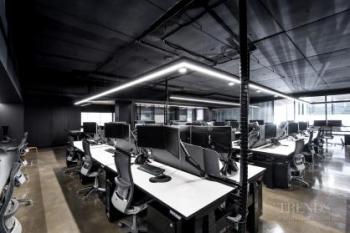 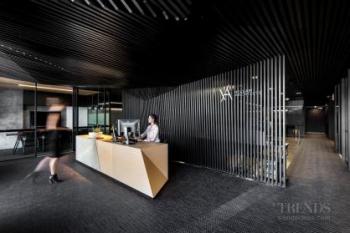 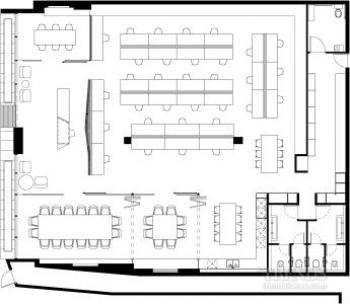 In addition, there's added functionality literally hidden behind the walls. While the fabric walls have stick-pin functionality, the dado walls have metal linings behind a plasterboard backing, enabling magnetic elements to fix to them for presentations.

Alongside, the contemporary sit-to-stand workstations promote an activity-based workplace.