Bright, cheerful and highly original – there's no excuse for children not to spend time in these fantasy suites

This suite belongs to a child who came up with the idea of a rainbow theme. This was the brief given to designer Royston Wilson, who was responsible for the interior design of the whole house, which has a French Chateau style.

Wilson says the space was not without its challenges, however. During construction, the ceiling height had to be lowered 300mm, so the rainbow needed to move down the wall, which impacted on the mirror and lighting. 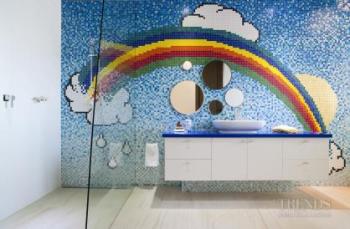 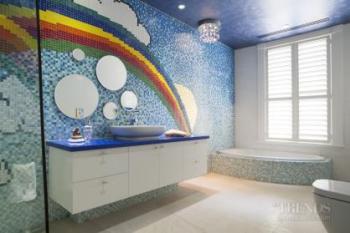 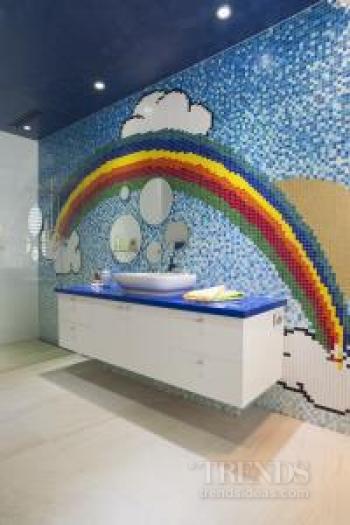 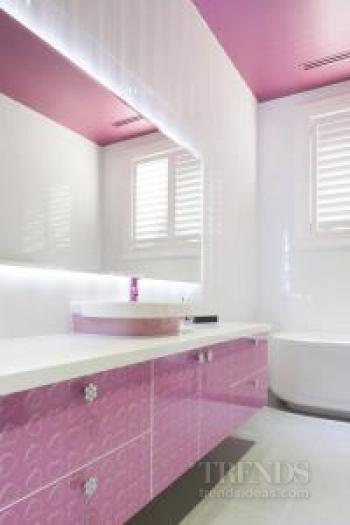 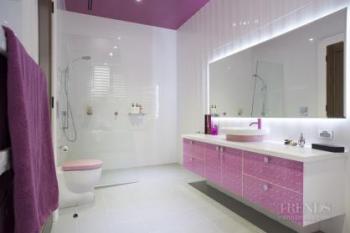 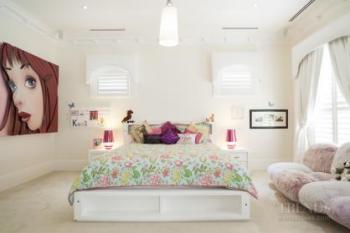 Another bathroom in the house is fit for a princess. Wilson says the only instruction from the daughter of the house using this suite was to use the colour pink.

"We researched plumbing products and found a fuchsia pink mixer and tap. We also discovered the new Laufen Mimo collection, offering a handbasin collar and toilet seat in a bubblegum pink shade."

The vanity features pink, heart-embossed drawer fronts in a new Laminex product – 3D Forms & Illusions in the colour Lovely. Further embellishment is provided by diamante-style handles that catch the light.