The best architecture is a perfect synthesis of form and function. Not only should a building be beautiful, it should also be beautiful to use.

That's the underlying principle architects Nicholas Stevens and Gary Lawson say they applied to their design of The Blyth Performing Arts Centre at Iona College.

In this case, the functional requirement was a 400-seat concert hall specifically designed for non-amplified music, but which could also accommodate dance and theatre performances as well as school assemblies.

"The college wanted the hall to have world-class acoustics, while the building itself had the potential to make a welcoming statement at the approach to the school," says Nicholas Stevens.

The form of the building had two main drivers – the asymmetrical shape of nearby Te Mata Peak, and sensuous, curvaceous shapes associated with musical instruments. 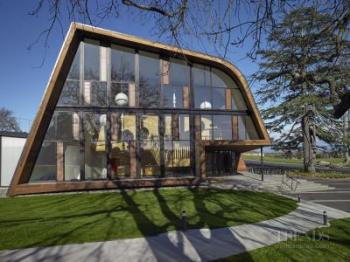 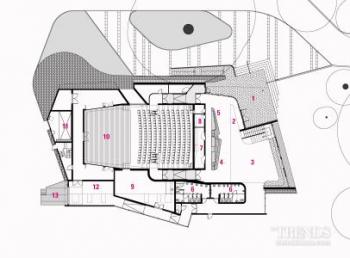 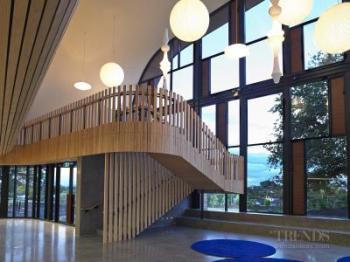 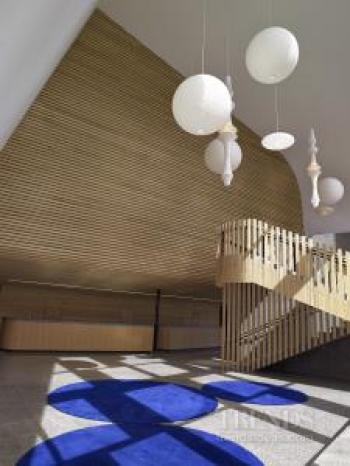 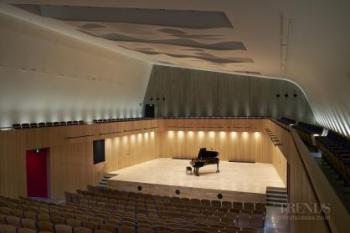 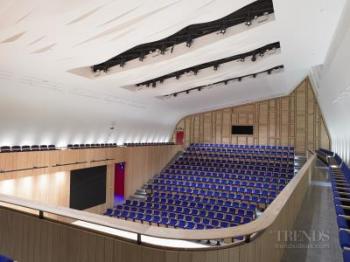 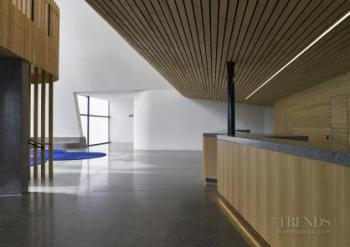 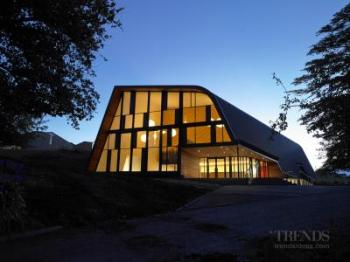 The resulting asymmetric design carries through to the interior of the concert hall itself. And to get the sound right, Stevens Lawson called on the expertise of acoustic consultants Marshall Day.

Stevens says the asymmetrical shape allowed the sound to be spread through the space in a more dynamic way that was ideal for the acoustics.

"We've integrated the acoustical features so they're become part of the architecture," he says.

"So the ceiling wraps around and fragments into ripples, or ‘clouds', which disperse the sound. This required very precise measurements and calculations to ensure the correct dispersal occurred."

While the concert acoustics have already been acclaimed by a range of performers in the hall, it also needed to work for other types of performances. This is achieved through the variable acoustic wall at the rear of the hall.

"This can modify the reverberation time in the room at the touch of a button, and dampen the sound for spoken word," says Stevens.

With the concert hall complete and fully used by the school and the community, the next phase will be to add a music room and dance theatre.