Bringing an older-style garden up to date may require no more than looking at it critically with a fresh eye, then tidying up what is already there.

This proved to be the case when Trish Dobson of Good Manors Residential Gardens was asked to improve an overgrown back garden containing a 20-year-old, irregularly shaped pool.

"The homeowners wanted a back garden to match the elegantly styled interior of their home," she says.

As well as looking cluttered and outdated, the house didn't flow well to the terrace and swimming pool.

"Fortunately, even though the pool was an unusual shape, it and the garden area basically had good bones," says Dobson. 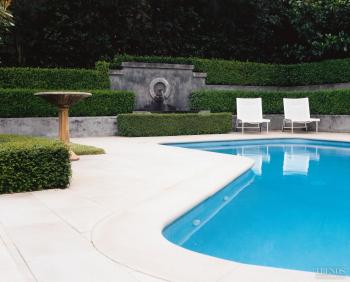 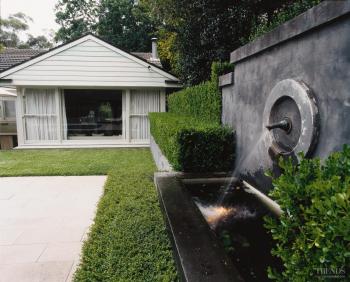 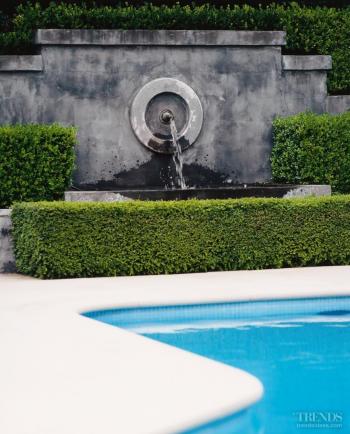 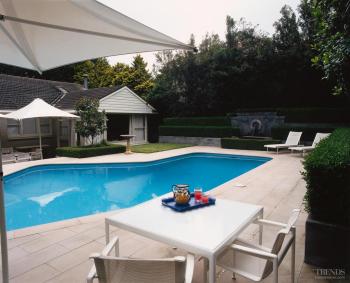 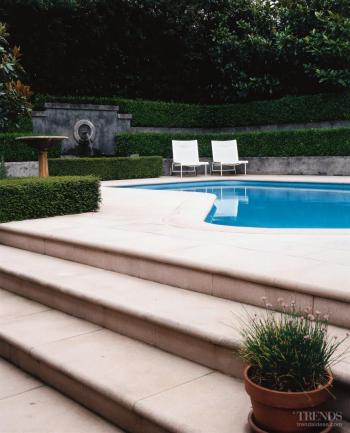 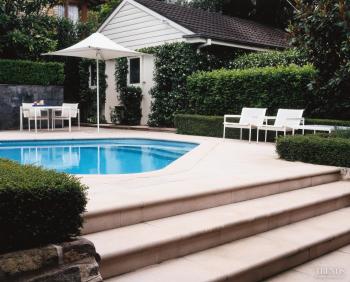 To simplify and improve the garden, the number of terraced levels was reduced and several stone retaining walls were removed. Steps from a courtyard that opened off the house were widened, and white sandstone pavers replaced old cobbles.

A raised coping round the edge of the pool was removed to make the transition between the water and paving easier. This also had the advantage of making the irregular shape of the pool less obvious. New walls were built around the garden and rendered for a classic look.

"By removing the clutter, we have helped the space appear larger and cleaner, and given it a more up-to-date feeling," says the designer.

To create a focal point that can be seen from inside the living room, a water feature was added onto the wall at the end of the pool. Water pours from an antique bath tap into a trough below.

Planting has been kept simple by using several species of hedges, clipped into neat, sculptural forms.

"We chose a mix of hedge plants to create different effects in different parts of the garden," Dobson says.

Japanese box produces a lime-green hedge, while the deeper olive of lonicera works well with the magnolia trees. The taller lillypilly hedge offers some privacy from neighbouring properties, and two dwarf little gem magnolia stand sentry on either side of the steps from the courtyard. These are hedged and underplanted with lavender for a touch of colour.