Hand in hand with seaside views there often comes the rigour of a coastal climate. Responsive architecture will open a house up to the scenery but simultaneously close it down to the harsher forces of nature.

So much work was undertaken on this renovation that the project is really more closely akin to a new build. Lead architect Simon Rodrigues was asked to reinvent two of three separate strata-titled units developed in the 1980s with a shared Postmodern architectural face. Rooms in the original apartments were rather awkward and in general, the spaces were small.

The owner purchased the units with the idea of renovating them to optimise the site's potential, says Rodrigues.

"The most significant expansion of the building was the addition of balcony spaces on two sides of the apartments. These offer protection from storms and the hot afternoon sun," says Rodrigues. "The overall concept was to provide a new protective, contemporary skin for the building that would include the extra metres of balconies."

To enable the architect to introduce these and make the most of existing legal setbacks, the initial project design was dependent on retention of the basement and other key build elements. Approval was granted for the renovation based on these plans. However, propping up some elements, restoring others and building in between them all looked to be a costly exercise. So instead, Rodrigues had the project reassessed by council, who gave approval for him to rebuild from above the basement up, while keeping to the essence of the existing form. Now all the rooms are larger and better considered, and the new balconies bring shade and protection, as well as adding to the spaciousness and utility of the living areas of both units. 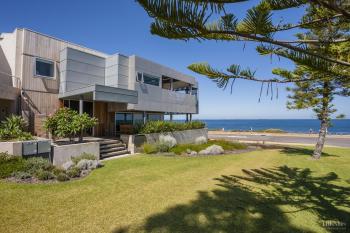 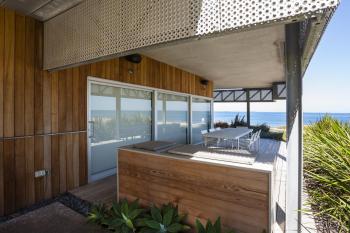 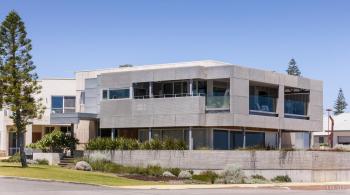 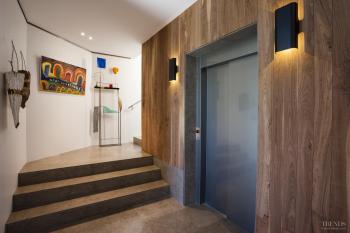 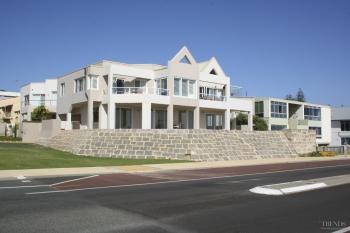 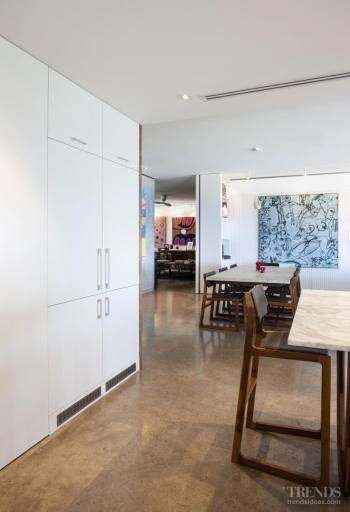 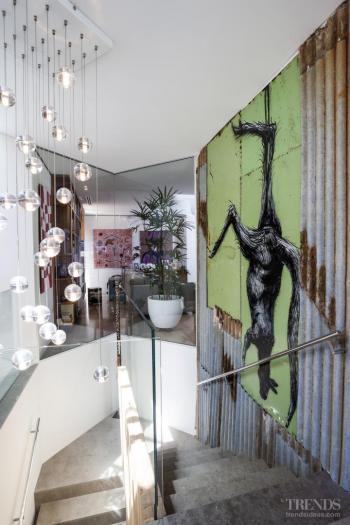 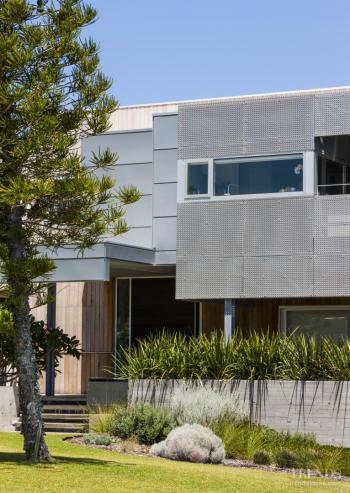 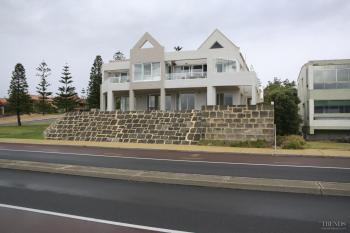 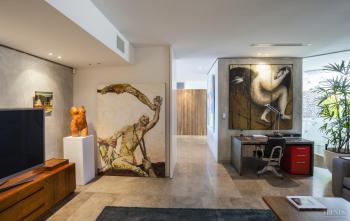 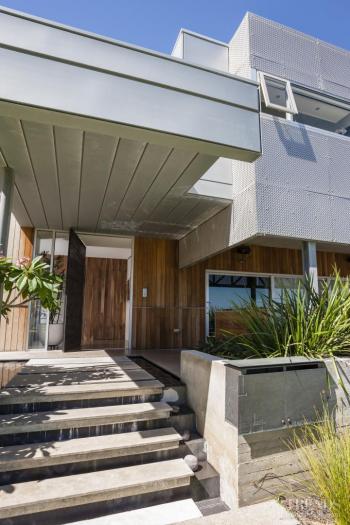 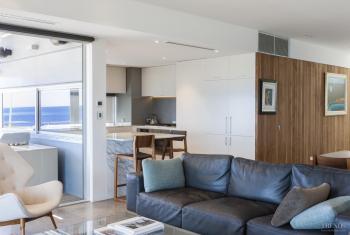 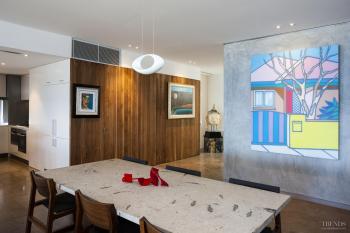 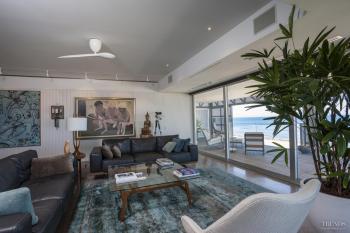 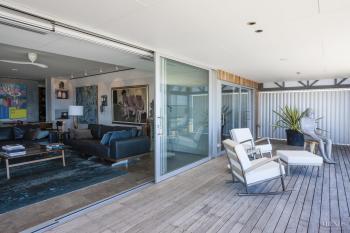 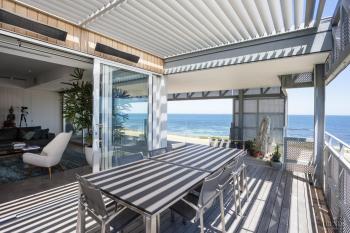 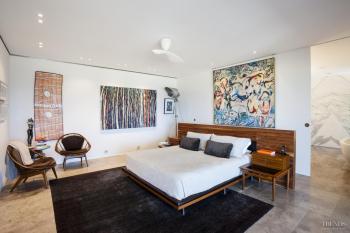 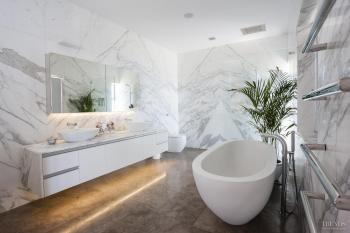 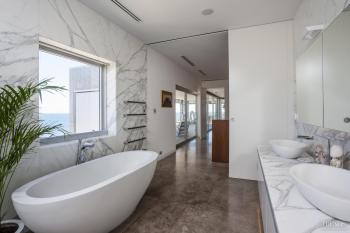 In addition, Rodrigues introduced a new stair and lift to provide access down to the entry on the side of the building and to the shared basement garage.

Besides replacing the dated ‘80s look with a solid, modern profile, the architect also introduced a low-maintenance palette of mainly natural, unpainted materials.

"Part of the brief was to ensure the apartments would be low maintenance. To this end, we chose surfaces that would age gracefully under the often harsh prevailing winds," says the architect. "Zinc-coated structural steel and off-form concrete were used for the base build, together with naturally weathered Pacific teak cladding, preweathered zinc and perforated marine grade aluminium cladding; naturally weathered teak decks, aggregate concrete and limestone paving."

There is also an informal garden comprised of local native coastal plants, resistant to the salt-laden atmosphere.

Now well organised, the interiors are finished in a palette that references the exteriors – wood panels echo the teak cladding and the plaster has the look of the concrete formwork. Smooth limestone floors continue through all rooms.

The reinvented residences also have their share of surprises. A repositioned door to the master suite, now opening directly from the living area, is disguised within a V-groove panel feature wall, in another quiet material reference to the seaside location. Similarly, the rich wood panels near the entry of both units includes two doors in the same material, one leading to the control room and the other to a storage room.

The transformed apartments are ideal showcases for substantial artworks while simultaneously protecting and celebrating the wild coastal setting.