Terraced houses are famously long, narrow spaces with small, dark rooms, poor ventilation, and a general absence of natural light. The trick is countering all these shortcomings while still retaining a sense of the home's historic past.

For this project, the owners asked architect Richard Archer of Archer + Wright to reinvent their historic, facade-protected terrace house as a contemporary, light-filled entertainer's home.

"The front facade was completely reinstated with a closed-over upstairs balcony restored, the downstairs railings, stonework and windows refinished, and it all given a more modern, monochromatic colour scheme – a taste of the transformed, contemporary interiors to come."

Inside, the two-level house was completely gutted with only the staircase retained. The clutter of internal walls and small rooms was swept away and the ground floor bedrooms removed.

"In their place, we created a long, open-plan space with rooms flowing one into the next. Floating wide-plank engineered floors run the length of this level, accentuating its openness." 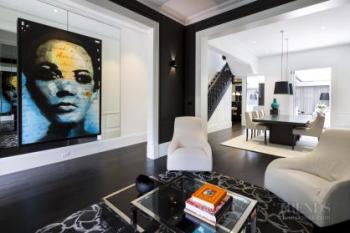 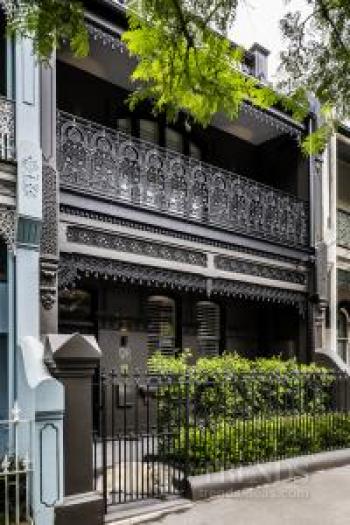 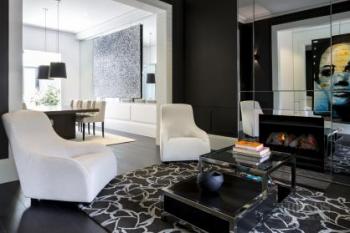 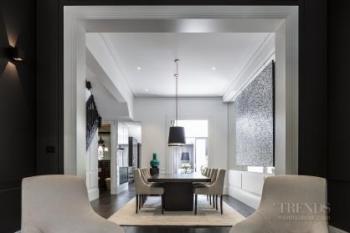 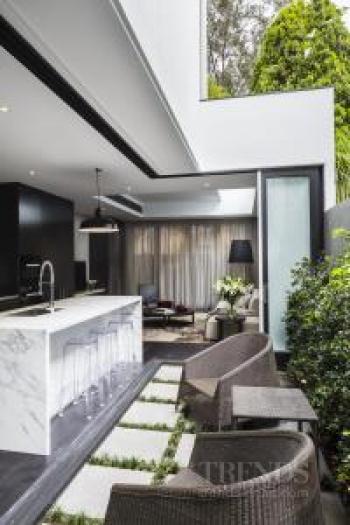 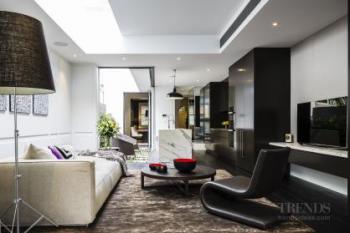 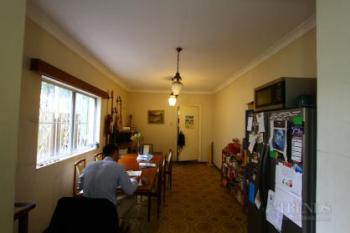 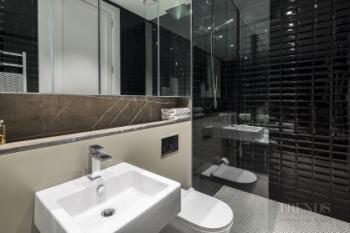 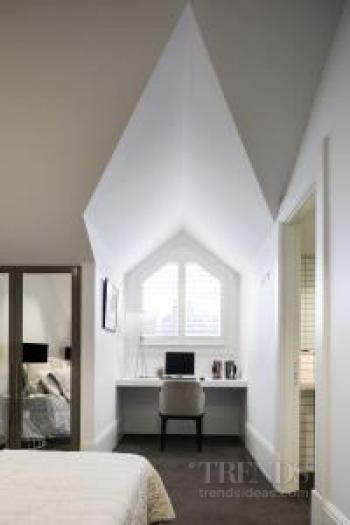 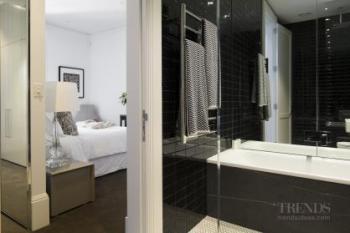 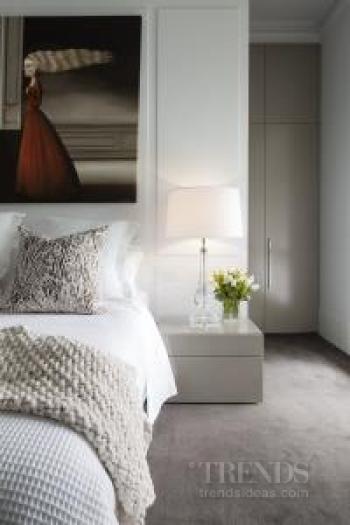 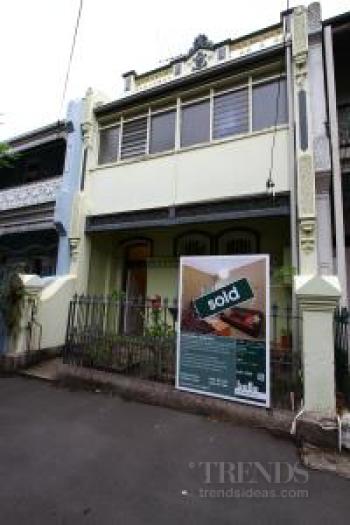 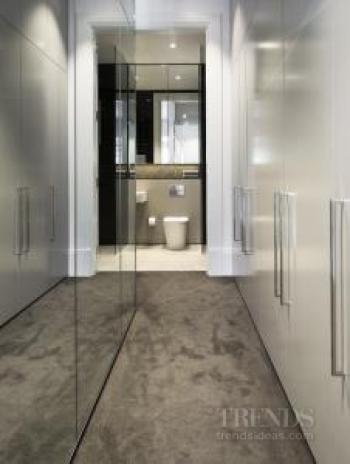 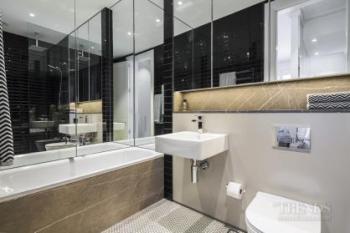 Much needed natural light was brought into the interior in several ways – including via an internal courtyard opposite the new kitchen.

Natural light was also accentuated by the use of large mirror panels in the formal living area and dining area. The mirror panels bounce light through the interior and give the impression of greater space. Large artworks are suspended in front of the expansive reflective surfaces, making the mirrors less confrontational. An operable skylight brings light into the rear family room.

The panel format is continued on the walls but, in a reverse play on old-world panelling, the framing is inset rather than proud of the wall. The client wanted the rooms to be modern with touches of more classic elements – and the inverted panel format addresses both styles.

While the staircase bannister is original, elsewhere new ‘old' detailing has been added.

"Even though the spaces are open-plan, porticos and frames are strategically set to screen out utilitarian elements and to create a sense of movement between rooms," says Archer. "For example, the central dining room isn't completely in your face from the main living area."

Similarly, the door into the kitchen from the dining area is strategically placed to allow an uninterrupted view through the interior. However, its placement also screens out the mess of the benchtop spaces at the rear. Large sliders open the kitchen up to the courtyard and an operable awning brings shelter from the sun.

Upstairs, the rooms were also reinvented to allow for more bedrooms and bathrooms. A fifth bedroom is tucked in under a sculpted dormer, whose exaggerated form reaches to the roof line.