City in the sky

City in the sky Discover this article's resources 0

Creating a 57-storey resort that accommodates 581,400m² of hotels, convention centres, shopping, dining and entertainment without obstructing views of the waterfront is no mean feat. But this project not only had to be an urban structure that tied these elements together, the design also commanded it provide a symbolic gateway to Singapore from the sea.

Surely, Marina Bay Sands has to be judged one of the most ambitious projects to come out of Asia in its architectural aesthetic, construction timeline and civic contribution to Singapore. The integrated resort features a casino, theatres, a convention centre and museum, all connected by layered gardens and a series of bridges and walkways.

In pride of place, seen from both the ocean and city beyond, stand three dramatic hotel towers with 2561 rooms, connected by a 12,400m² cantilevered open-air SkyPark. At the base of these sit 75,000m² of retail and dining facilities.

"Ancient Greek and Roman cities were structured around main streets which formed monumental axes. This gave them a sense of orientation and location, and a focus for civic life," says Safdie. 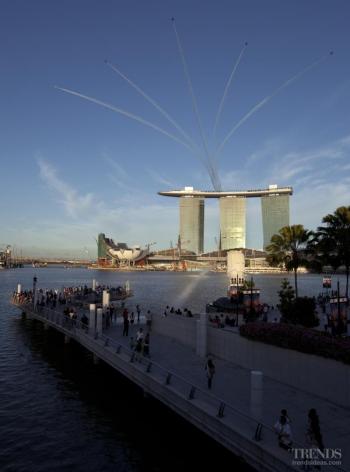 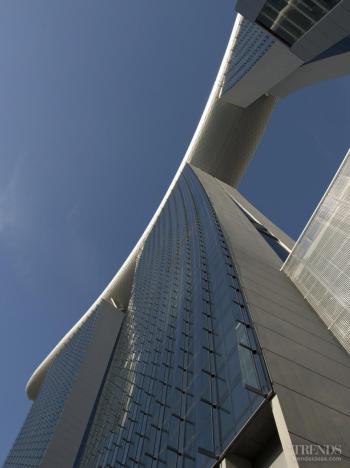 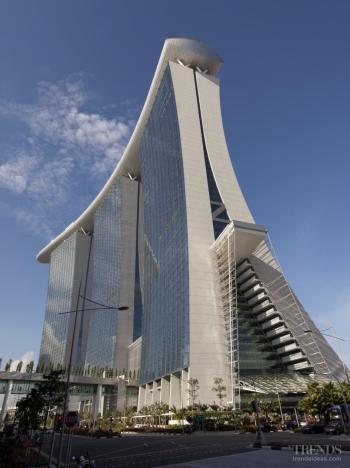 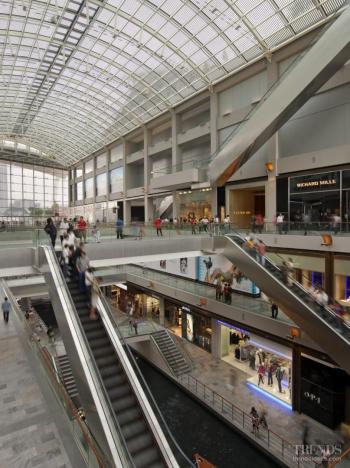 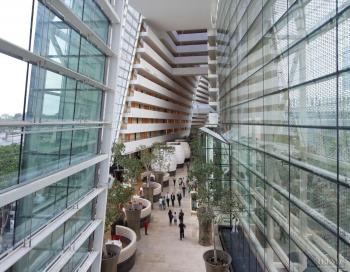 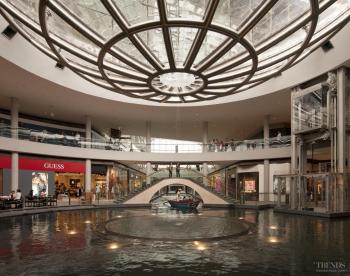 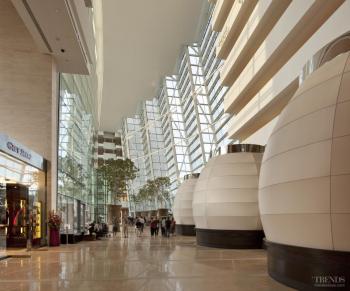 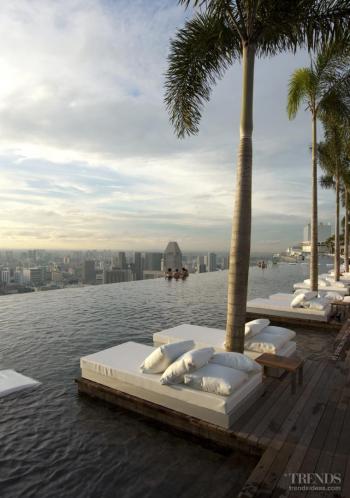 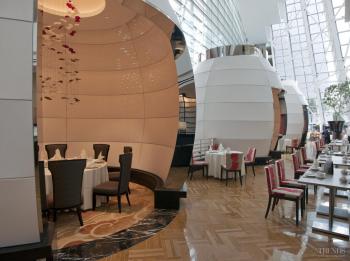 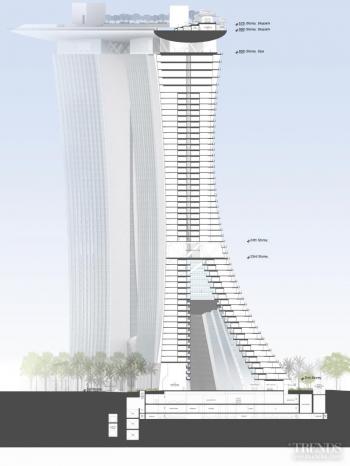 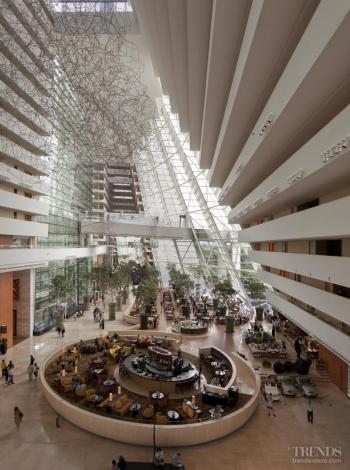 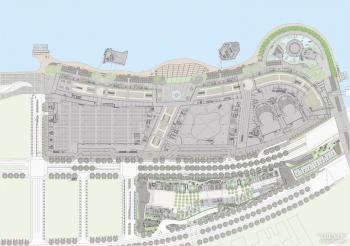 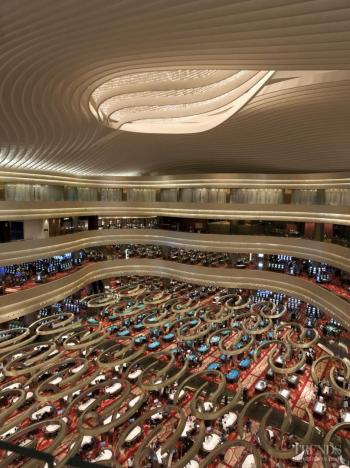 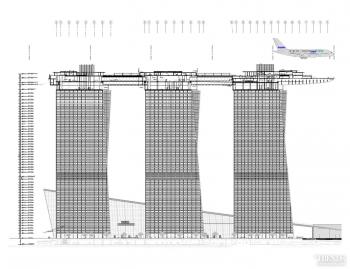 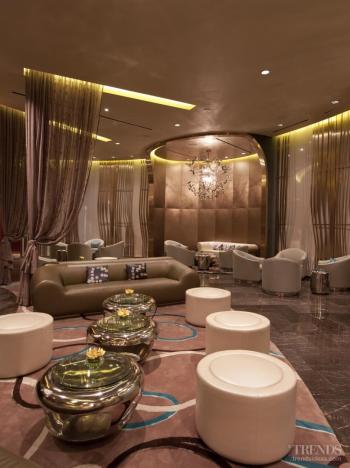 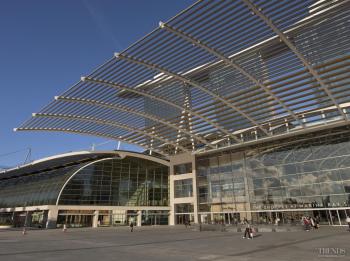 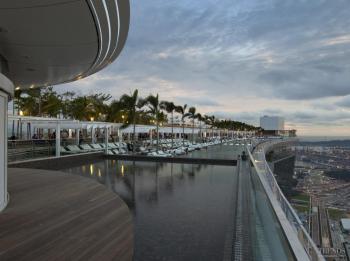 For Marina Bay Sands, Safdie explored a variation on this concept. "The solution was to create a city in microcosm. This is a new kind of urban place which changes from hour to hour, integrating civic areas, shopping, dining and outdoor green spaces with panoramic views to provide an abundance of activities. It was also important to ground the architecture in Singapore's history, culture and contemporary life."

Safdie commissioned large-scale art installations by internationally renowned artists Antony Gormley, Chongbin Zheng, James Carpenter, Ned Kahn and Sol LeWitt to complement the architecture on both the facade and interior of the resort.

Kevin Jose, principal architect at Aedas, saw Safdie's design through to completion. He says that although the project team was working to a challenging deadline, the end result was spectacular.

"The bay is reclaimed land, so it was important to build an incredibly solid foundation to compensate for this," he says. "Geometrically, the structure was complex, but the team was working to a well-considered design. The SkyPark, for example, was one of the great successes of the project. Although it is very complicated, cantilevering 66.5m beyond the tower, by the time it came to construction the process was very straightforward," says Jose.

The vision for the interior was equally thoughtful. The interior fit-out was overseen by Simon Thompson of Aedas, who says the design is contemporary, and channels an international flavour.

"Marina Bay Sands references a variety of different styles throughout which come together to create a complex yet cohesive design," he says. "The significant difference between this resort and any other is the deliberate distinction between the casino and hotel. Here, the hotel and conference facilities predominate. Access to the casino is separate, so the hotel remains a family-friendly area," says Thompson. "In the hotel and lobby, clean lines and texture create a classic yet contemporary feel, with an American influence."

Conference facilities cover more than 120,000m² over five floors and can accommodate up to 45,000 delegates. Moveable partitioning allows for a variety of different spaces to suit the needs of the clients.

The casino has a much stronger presence. Bold colours and textures were used throughout, while void space creates a deliberate impact in the design, and also highlights the ribbed ceiling and feature chandelier.