When a building's principal tenant is also the engineering consultant responsible for its structural, fire, electrical, civil and mechanical engineering, you know that an upgrade is going to have a tight focus.

Such was the scenario on this project, where Powell Fenwick Consultants (PFC) contributed to DD Architects' upgrade of an out-moded office building, helping bring it into the 21st Century.

The original heavy glass and concrete facade was removed, with only the core and floors remaining, says DD Architects director Luisa Viettone.

"The core has been strengthened to bring it up to current seismic requirements and a new internal feature stair connects levels three and four – the floors that Powell Fenwick occupy. This social connecting element was designed by DDA."

In addition, the ground floor has a new lobby space, and retail now activates the building at street level. The four levels above are modern offices with all technological advantages built into the design. 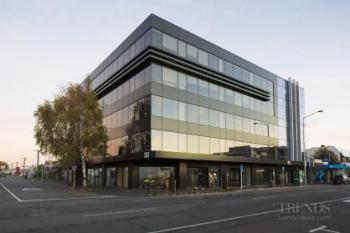 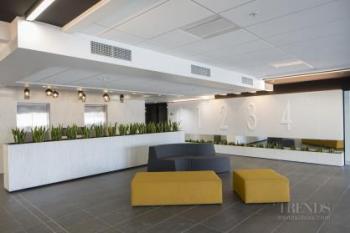 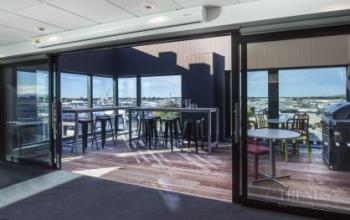 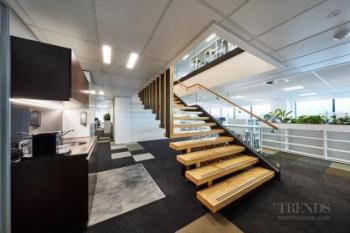 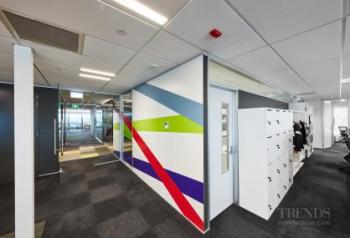 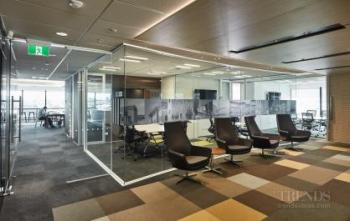 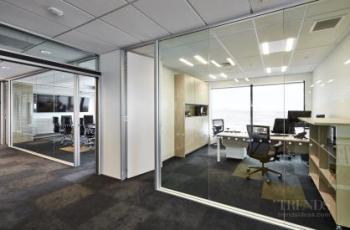 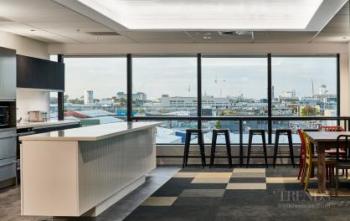 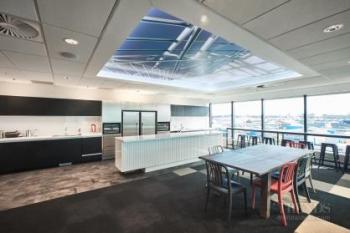 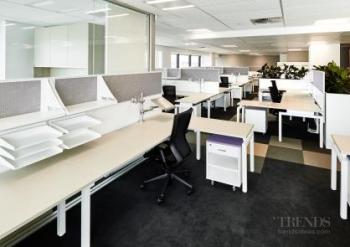 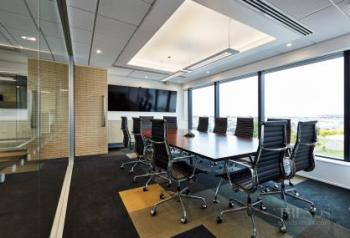 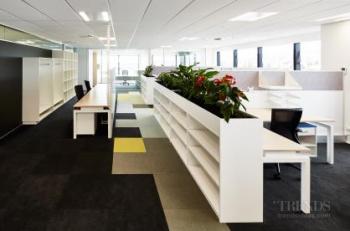 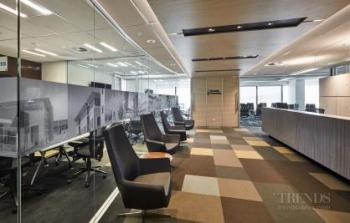 The new proprietary curtain wall facade is in Alutech aluminium panels and glazing. This hides an outdoor space added as part of the PFC floors.

In terms of green design, 383 Colombo has fan coil units throughout the office floors that provide heating in winter and cooling in summer. The system runs off a central air source heat pump plant on the roof run by an integrated BMS system.

"We provided the program and constructability advice during the design process and were the main-build and fit-out contractor on the job."

Challenges included delivering a high performance building while keeping to a tight budget – achieved by the team being open re costs and design options.

"The low floor-to-floor height required innovative thinking around service routes – resolved through coordination meetings and the use 3D modelling."

HRS Construction also had to deal with the logistics of undertaking the construction work on Colombo Street, one of the busiest in the city.

"And this project has history, too," says Marshall. "Hughes Rees Sara Construction, the previous generation of HRS, had built the building around 1990. And the good bones of the original building had performed well in the earthquakes.

"It was really great to be able to recycle a large, useful building rather than demolish it."

With a total rejuvenation and refurbishment of a building comes opportunity to begin afresh, particularly in terms of the interior design. For engineering consultancy Powell Fenwick, this involved reworking its floors to better reflect the firm and to improve internal connections and staff comfort.

"Powell Fenwick's brief was to create a relaxed and professional space, with added wow factor in parts of the layout. The reworked floors needed to let clients know at a glance that they have entered an engineering consultancy firm," Momeny says.

"Workspaces had to be productive and healthy, with the directors' offices designed so that they still felt part of their team and didn't appear exclusive.

A mix of breakout space and collaboration spaces was also required and the premises had to have a strong visual connection between floors.

In response, Gaze introduced similar feature finishes and product throughout the tenancy, such as light woodgrain laminate, natural wood, and the design of the carpet inlay on both levels. The designers planned floors to have an intuitive sense of direction.

"The floors are laid out similarly, apart from areas with specific functions, such as the new glass meeting rooms and reception on level four. So there's a sense of relationship and connectivity as you walk around," says Momeny.

Graphics and images of Powell Fenwick projects applied to the meeting room walls bring a degree of privacy, and branding is reinforced in the reception by wrapping the entry glass wall with stripes of brand colours.

Taking out ceilings for more height would have meant dust collecting and increased upkeep. Instead, the design team came up with the solution of printing an appropriate photo to part of the ceiling which could have benefitted from a higher volume – such as to the staff room ceiling – to create an illusion of height and connectivity to the outside.

"This involved producing prototypes to ensure the final products met all the requirements of the staff and at the same time fitted the design brief specified by Siavash.

"PFC had a number of specific requirements which we worked through with Gaze and the PFC management team to provide a customised solution for all areas of their new fit-out."

"Crestline was able to provide a comprehensive turnkey furniture package for the fit-out which was delivered In-full, On-time, On-spec," says Renton. "It's an outcome we strive for on every project Crestline is involved in, large or small.

"Crestline is here for the long-haul. Surviving 28 years and two recessions in a competitive industry takes more than good luck. We put it down to the great relationships we have built over the years with our customers as well as our suppliers."

Crestline creates vibrant, effective workspaces and has completed a number of substantial projects in Auckland, Wellington and Christchurch in recent months, including the substantial offices and meeting centre for prominent lawyers Tavendale and Partners. That commercial job was also undertaken in conjunction with Gaze Interiors.