A fter playing several sets at a Sydney dance club, international DJ Roger Sanchez kicked back in this hip hotel – relishing the luxury of being its only guest.

Featuring just one hotel suite, mooghotel takes privacy for visiting stars to new heights. Designed by owners Simon and Susanah Page, in collaboration with architects Group GSA, the establishment is disguised within a converted terrace building.

"The idea was to create an inner-city retreat for primarily international visitors involved in the arts, particularly music," says Simon Page.

"As planning progressed, we decided it should have just one very opulent hotel suite. The concept of being the only guest in a boutique hotel was something we believed would appeal highly to visiting stars."

The traditional, 1850s-era façade belies the contemporary nature of the hotel and its facilities. 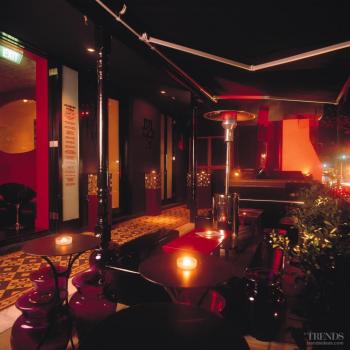 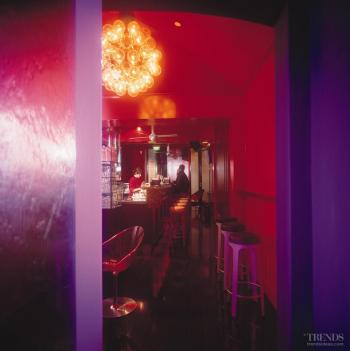 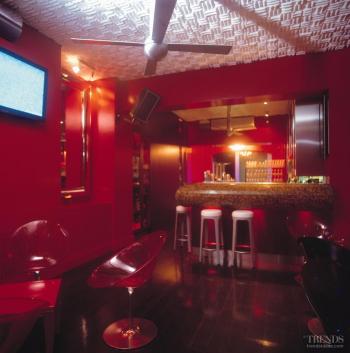 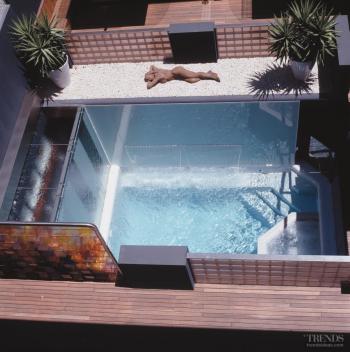 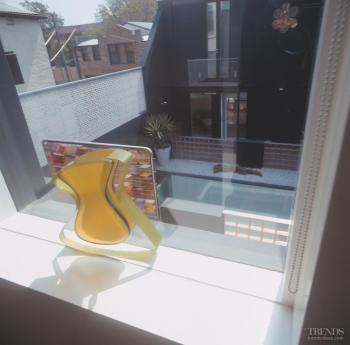 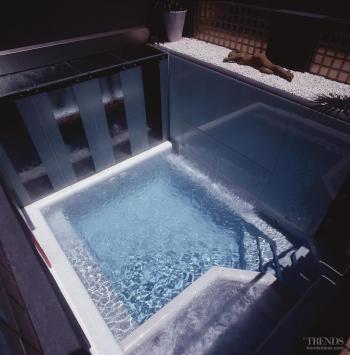 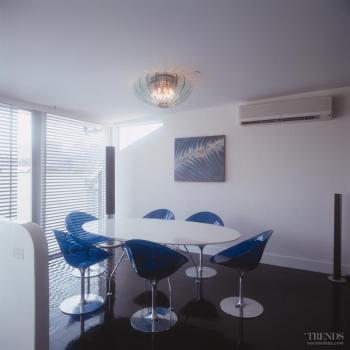 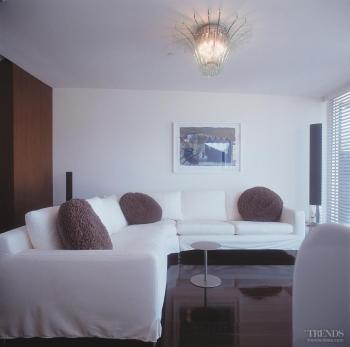 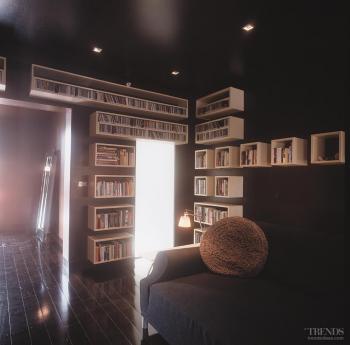 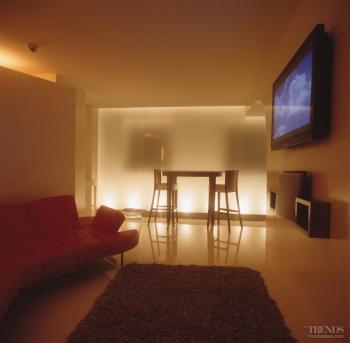 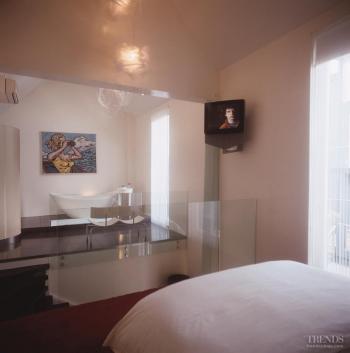 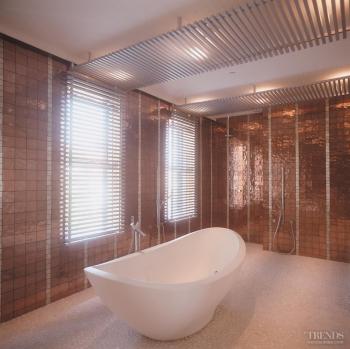 At the front of the property, the original four-level terrace includes a music studio, a bar, an office and an apartment for the owners. Another building at the rear of the property houses the hotel suite and gym. A courtyard, swimming pool and spa separate the two structures.

A rear entrance through the hotel's garage allows guests to enter and leave discreetly. As the sole occupant, hotel guests can enjoy the amenities, safe in the knowledge that nobody will interrupt them.

Facilities such as the fully equipped digital music studio add to the unique experience, says Page.

"You can mix a track in the studio, then listen to it via underwater speakers while relaxing in the pool."

Architect Michael Mandl of Group GSA says the existing structures on the site were retained, repaired and adapted, and the new elements lightly framed, sometimes transparent.

"The challenge was converting a historic villa into a fresh, contemporary mixed-use building while respecting its heritage integrity," he says.

"Unusual and unique materials were used to bring new life to the traditional terrace form and reflect the transformed character of this area."

In the terrace structure, internal spaces reflect a sense of openness without compromising a sense of intimacy. The private residences are designed to offer a loose, flowing and stimulating environment, says the architect.

While the owners wanted the property to be perceived as a piece of art, it needed to generate a feeling of warmth and comfort.

"Despite hosting an exclusive clientele, it was important that it did not give off that chichi, intimidating vibe often found in high-end hotels. ‘No attitude amongst the opulence' is the feel we've set out to create," says Page.

As design enthusiasts and avid travellers, the owners took an eclectic approach to the interior spaces, using combinations of striking colour and texture throughout.

"Rather than following a theme for furniture and fittings, we spent the last five or 10 years visiting many boutique hotels around the world. We were particularly impressed with the way Philippe Starck worked with Ian Schrager on properties such as St Martins Lane Hotel in London and the Delano in Miami. With mooghotel, the aim was to create a modernist look but with items from other eras mixed in, especially vintage 1970s light fittings," says Page.

Designed to conjure a sense of discovery, the bar has a warm, glowing ambience thanks to walls painted in a rich red lacquer. Tiger's-eye tiles made from semi-precious South African stone, cut and polished in Germany, have been used to clad the bar top.

In the lounge of the hotel suite, a feature rug made from strips of leather adds texture to the white resin floor. In the open-plan bathing area, an imported tub made from a composite of crushed almonds and resin provides a visual focal point. Custom-designed circular shower boxes fabricated from Marblo feature in the suite's his and hers bathrooms.

While the owners reside in the apartment, it can be rented out as part of the hotel in special circumstances. One of its main features is a spa-like bathroom, inspired by the Korean Bathhouse at the Capital Hotel in Kings Cross.