For many of us, the thought of bringing our work home with us is anathema. But, when you make your living as a renowned chef, having a kitchen at home that offers the functionality of its commercial counterpart is a must.

When architect Nicholas Murray, principal of Nicholas Murray Architects, was charged with designing an addition plus renovated kitchen for a Queen Anne-style house, a mix of restaurant-level practicality and domestic style lay at the heart of his client's wish list.

"My client loves to entertain, which not surprisingly, usually involves cooking for large numbers. While the existing kitchen itself was adequate, because of the style of the house, it was separate to the dining and living rooms.

"The idea for the addition was to provide an indoor-outdoor dining area capable of seating up to 30 people, as well as give more focus to the kitchen as an interactive space."

Rather than emulating the style of the house, Murray designed a minimal zinc-clad box which cantilevers out from the main house via a steel framework suspended 3m above the ground. 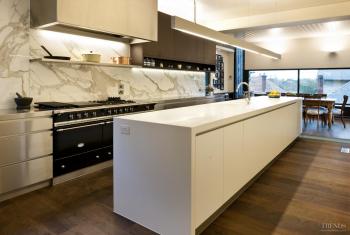 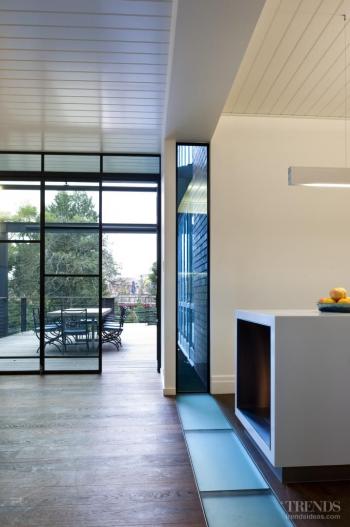 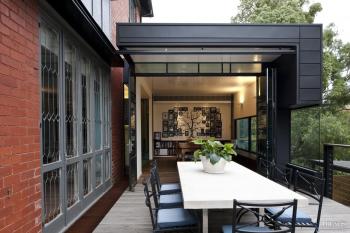 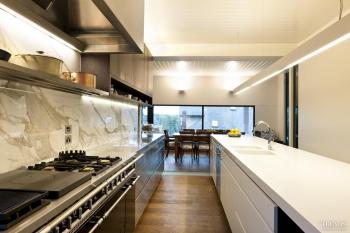 "The kitchen is a very linear space with clean lines and sleek surfaces, and the addition is an extension of that minimal styling, taken to its logical conclusion."

An existing balcony off the living room was remodelled to provide the outdoor component of the addition. Murray also removed an existing stairway, pushing it outside the confines of the exterior wall, to create further storage and room for appliances at the rear of the kitchen.

Another modern element in the kitchen is the EcoSmart fireplace.

"The client had wanted to include a fireplace in the addition, but this was not feasible given the amount of glazing. The solution was to incorporate the fireplace into the island, adding a further industrial touch and tying in with the other stainless steel elements," says Murray.