The Rugby World Cup may have provided the incentive to fast track the redevelopment of the Auckland waterfront, but the transformation of Wynyard Quarter, North Wharf and the Cloud is just the first phase of a much greater plan for the city.

Waterfront Auckland is the council-controlled organisation responsible for unleashing the economic potential of the waterfront and creating a much more user-friendly urban precinct. Chief executive John Dalzell says a priority for the organisation has always been the need for a design-led approach to the 30-year redevelopment project.

"The transition from a working waterfront to a mixed-use precinct provides a once-in-a-lifetime opportunity for the city," he says. "Because of this, and the fact the waterfront is really the jewel in Auckland's crown, nothing short of design and planning excellence will do. Not surprisingly there is a multitude of opinions on what that is. The challenge for us is navigating our way through the viewpoints to get find what's best for Auckland, all the while recognising that we are just the temporary custodians of a precious place on behalf of the city."

To assist with the sheer scale of this task, Waterfront Auckland has established the Design Technical Advisory Group (TAG) – a group of leading design professionals that provides stringent vetting and screening of proposed projects. Dalzell says the primary aim of the group is to provide independent peer review and audit, and to take an advisory role to ensure the best outcomes from a design perspective.

"There are five people in the group, with a mix of skill sets, including urban design process, architecture and landscape architecture, and the group is currently being expanded to include other industry perspectives within the sustainability field. The group provides in-depth scrutiny and understanding of the Waterfront Auckland design objectives, and ensures a constant application of these objectives through close scrutiny of development proposals." 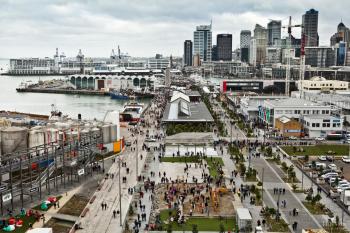 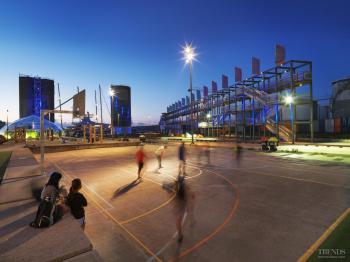 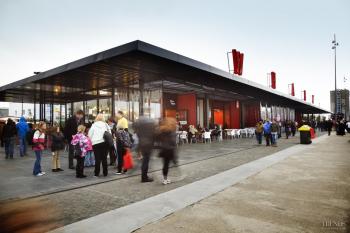 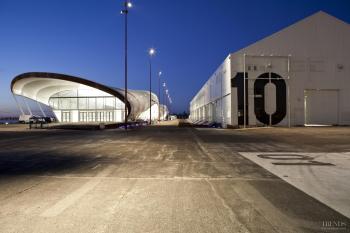 Wynyard Quarter – the redevelopment of prime reclaimed, former industrial land – is one of the first major projects undertaken by the organisation that called upon guidance by the design TAG. And already the urban design framework for the project, compiled by Architectus, has won the Planning and Urban Design Award in the 2012 New Zealand Institute of Architecture national awards.

Planning and design manager Rod Marler says that in setting out on what is currently New Zealand's biggest urban renewal project, it was clear a bold and attractive vision was needed.

"The team involved have truly delivered, and the award and the popularity of the projects to date are testament to the appreciation for the space," Marler says. "We can have great confidence that its design framework will underpin quality development in Wynyard Quarter well into the future."

Completed projects to date under the guidelines of the framework include Wynyard Crossing, a new pedestrian bridge linking the eastern side of Viaduct Harbour (Hyder Consulting); Karanga Plaza (Architectus); the Viaduct Events Centre (Moller Architects); ten new restaurants and bars at North Wharf (Fearon Hay Architects); a revitalised, tree-lined Jellicoe Street; and Silo Park (Taylor Cullity Lethlean and Wraight and Associates). North Wharf sits at the heart of the precinct, newly connected to the central city by Wynyard Crossing. In keeping with the design focus, it is still surrounded by the structures and infrastructure of the maritime industries that have been accommodated on the peninsula since its reclamation in the early 20th century.

The Cloud on Queens Wharf, designed by Jasmax and owned by the government, is another Waterfront Auckland initiative. Sited at the end of the Queen Street axis and sitting out over the Waitemata Harbour, the expansive, organically formed tensile structure makes a strong contrast the largely rectilinear city.