In established city suburbs, the grander homes were often designed to present a rather austere front to the street, with family living areas opening out to the rear.

In remodeling this heritage Mediterranean-style house for owner Todd Noteboom, the design team at TEA2 Architects turned that idea around. While the house still has a family living area at the rear, it now has a much more friendly front facade – one that is also more in keeping with the character of the house, says architect Tom Ellison.

"The house had never been an especially good example of the genre, and what it did have had been downgraded over the years. At some time in the 1970s, a glass and aluminum-framed solarium had been added to the front, which was completely out of character. We could also see that many of the details traditionally found in such houses were not present, but the potential was there to re-create a more authentic design."

The solarium was removed and replaced with a traditional sunroom, complete with a red clay barrel tile roof. A single-story element on the opposite side of the front door was also given a new, larger roof, and a projecting roof and balcony were added to the center.

"Increasing the amount of red clay barrel tiling at the front gives the house a much greater visual impact," says Ellison. "We also introduced traditional wood brackets to support the eaves, which is another detail in keeping with the Mediterranean character." 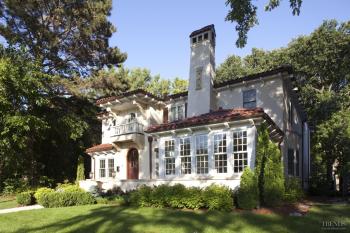 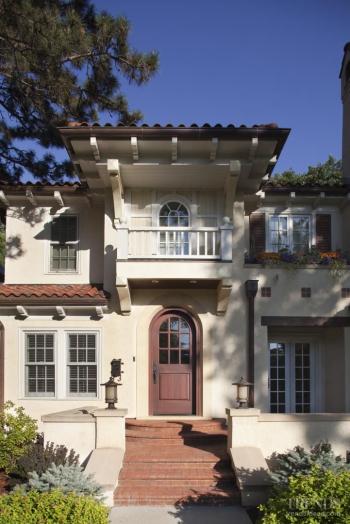 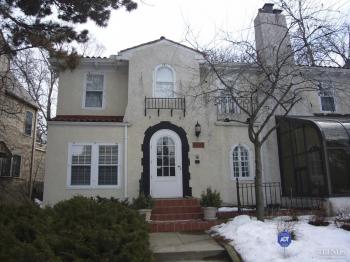 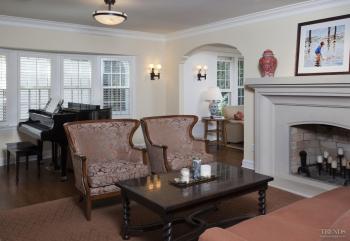 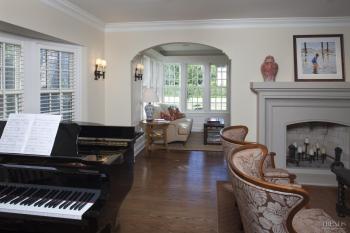 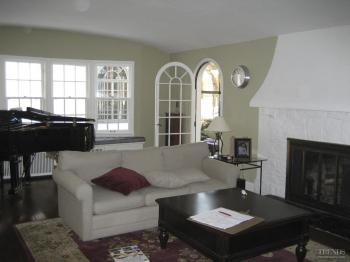 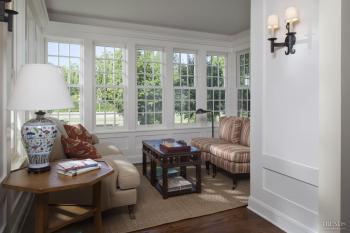 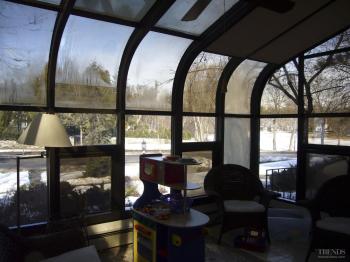 A new cap to the existing remodeled chimney reinforces the look and heightens the visual drama.

"In making these changes, we also altered the way the house interacts with the street," says the architect. "We removed a bay window to provide a French door opening to a new terrace beside the sunroom. Essentially, we have activated the front of the house, giving the owners a greater sense of connection with the neighborhood, and with passers-by in the street. The new balcony and roof provide a literal projection to the street, so the house appears much more friendly."

Substantial changes were also made to the living areas and second floor rooms at the front of the house. The door between the living room and sunroom was replaced with a wide opening, ensuring a seamless flow. Double-hung windows in the sunroom replicate the originals.

A traditional barrel-vault ceiling in the living room was also removed, because it did not have the correct proportions. Similarly, the fireplace surround was replaced with a large, simply styled limestone surround that is more in keeping with the look.