From the pitch of the roof to the design of the joinery, the extensions to this 1930s house reflect consistent attention to detail

Houses built in the early part of the last century may not have been designed to meet the needs of modern lifestyles, but many are notable for their traditional character. In fact, it can be part of the charm of an older home – and a feature many homeowners want to acknowledge in a renovation project.

But for Dee and Dennis Hitchcock, the owners of the house featured on these pages, that character was difficult to spot. A dominating roofline, unattractive tiles and old-fashioned brick columns did nothing for the look of the house.

"With a family of three sporty sons, what appealed to us most was the size of the site, which is more than 2000m2" says Dee Hitchcock. "The house itself was uninspiring – it lacked a defined entrance and the internal layout was awkward."

Architect Leo van Veenendaal and interior designer Paul Rosnell were commissioned to undertake an extensive renovation project, which included extensions to the existing house to more than double its size. There was also a need to improve the link between the family living areas and the pool and tennis court at the rear.

It was the front of the house that prompted the eventual design, however. Van Veenendaal says when viewed from the driveway, the existing house sat perched on the hill, a small building with little visual connection with the ground. 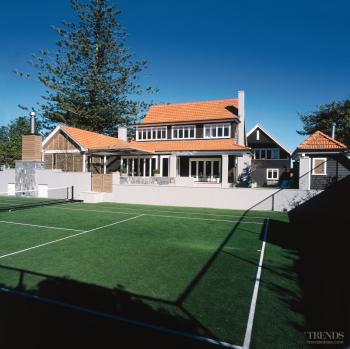 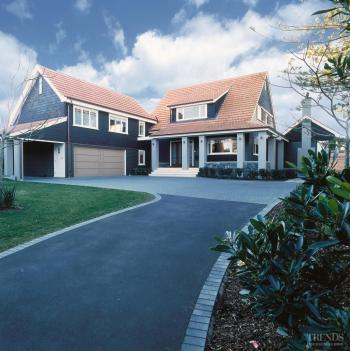 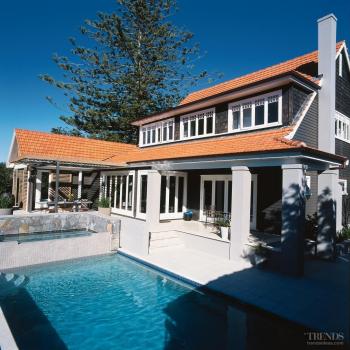 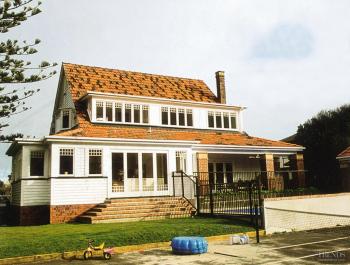 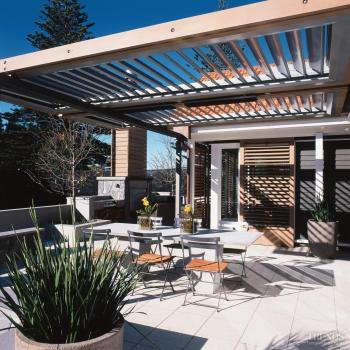 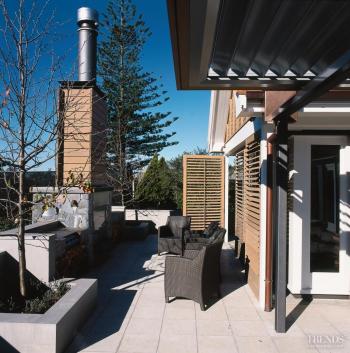 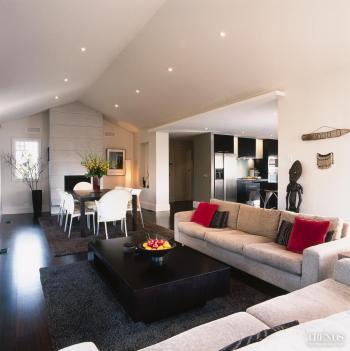 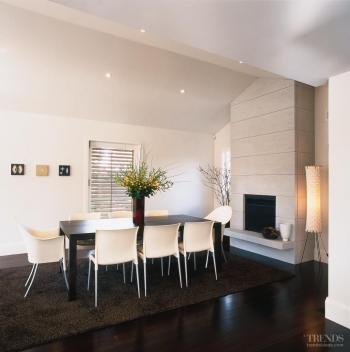 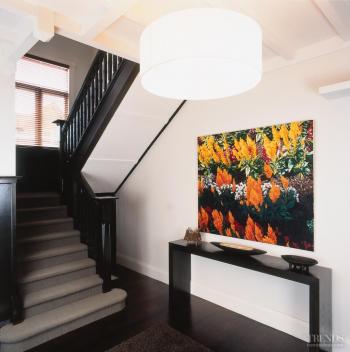 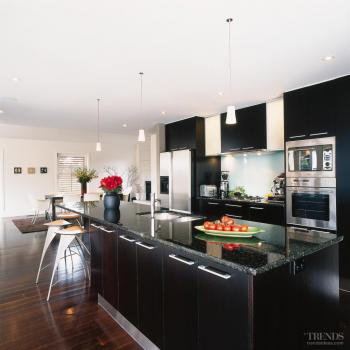 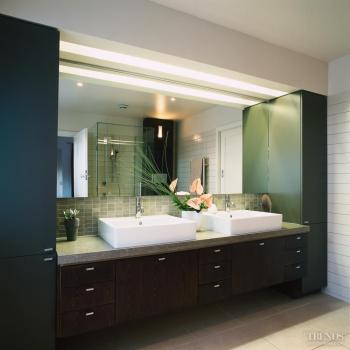 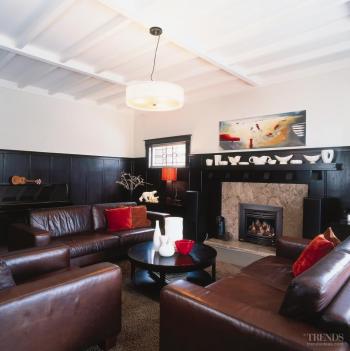 "It looked like something that had just landed," he says. "There was a real need to give the house a greater presence, create a more welcoming entrance and link the building more closely with the land."

The solution was to create two separate, yet linked pavilions that mimicked elements of the house, yet had a strong, contemporary edge. The first, two-storey pavilion accommodates garaging, laundry and bathroom facilities on the lower level, with a master bedroom suite above. Positioned at right angles to the original house, this wing effectively allows the house to wrap around the drive to create an inviting and clearly defined entrance.

A second pavilion, also at right angles to the house, but on the other side at the rear, houses the new family living area.

"For the front pavilion, we matched the pitch of the main house roof. But we lowered the pitch on the rear addition to avoid blocking views from second-floor rooms," says van Veenendaal. "We felt it was important to maintain the traditional character, even though we are giving it a modern spin."

Dark painted weatherboards, a new clay tile roof and plastered columns and chimneys all help to link the new forms with the old. A stone wall at the base of the house visually anchors the structure to the ground – at both the front and rear.

New terraces off the family rooms create extensive outdoor living areas at the north-facing rear of the house, with shade and shelter provided by motorised aluminium louvres. Sliding timber shutters on the family room extension also allow light to be filtered as required.

"We introduced timber framing around the aluminium louvres to match the shutters and the chimney of the outdoor fireplace," says van Veenendaal. "It was another way to acknowledge the traditional style of the house."

The designers say the most challenging aspect of the project was creating a sense of space between the kitchen and outdoor living area.

"We were restricted by the position of the house in relation to the pool," says the architect. "Ultimately, the best solution was to push the kitchen further back into the house, using space formerly taken by a laundry and bathroom."

Rosnell says the main entrance was also re-arranged and a passage introduced to link the front of the house with the rear. In the original layout the formal living room was effectively a transition space with several doors, which made it difficult to arrange furniture.

Closing off some of these openings has converted this room into a cosy music room, which still retains its traditional dark wood panelling.

"These original rooms are very compartmentalised spaces," says Rosnell. "We accepted that this is a design feature of such houses, and chose to balance these spaces with the light and airy extensions, and soaring ceilings.

"Mimicking the original style and panelling in the new areas would have been too heavy. But, at the same time, we felt there was no need to rip apart all the character. Playing one up against the other makes the interior more interesting. "

To help link the traditional rooms with the contemporary spaces, the lowered ceilings of the existing house push out into the new family room and entrance foyer.

Elements of the traditional panelling can also be seen in the dark timber doors of the kitchen cabinetry, and the new bathroom cabinetry. Here the doors feature negative detailing, which is a reverse of the original panelling detail.