Just looking at the before images of this grand 1920s bungalow gives a clear idea of how much has changed in terms of modern lifestyles, expectations and preferences.

"Houses built early last century were not designed to be light and sun-filled," says Naismith. "In fact, they were usually built to keep the sun out. There was no suggestion of integrating the inside with the outside, and people lived in much smaller rooms."

The architects say this house was a good example of the era – in fact it did not appear to have been touched.

"It was in an absolutely original condition inside," says Aimer. "But while it was in a state of grave disrepair, it was a big, strong house well positioned on one corner of the site, with Mt Eden forming a backdrop. The new owner wanted to preserve its character, and not disguise its origins. It might have been more cost efficient to remove the house and start again, but that was not an option for this project." 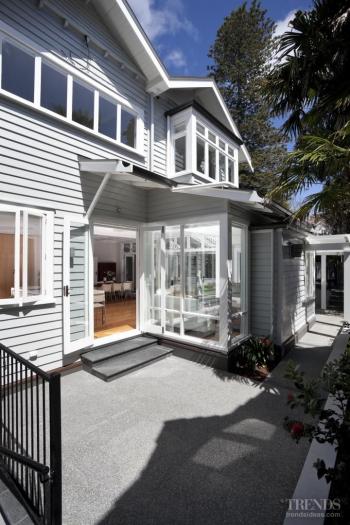 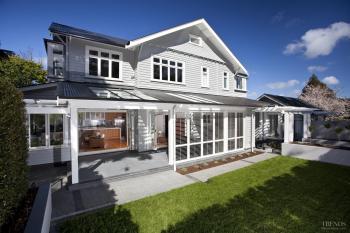 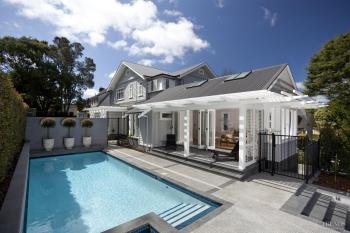 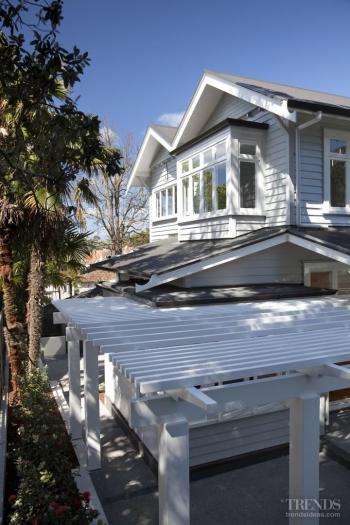 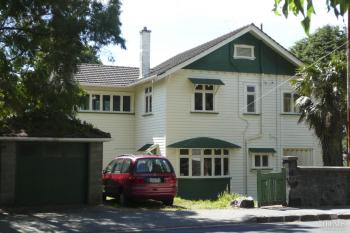 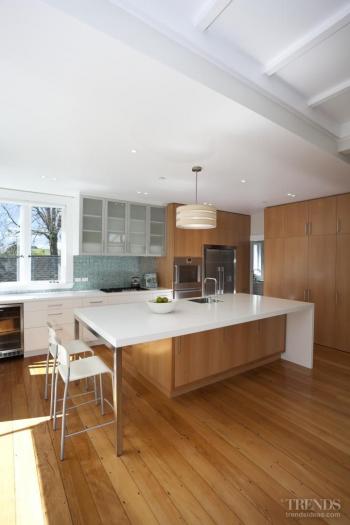 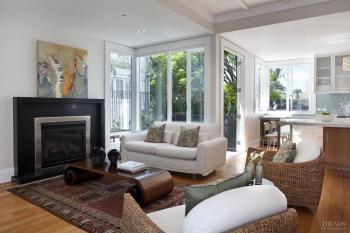 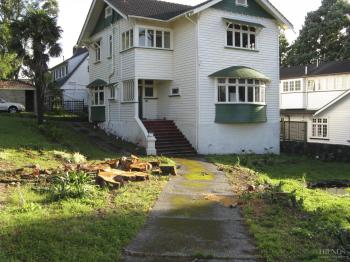 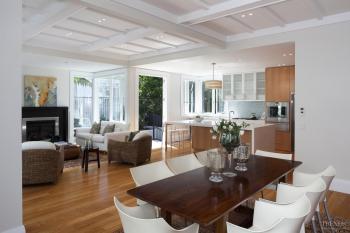 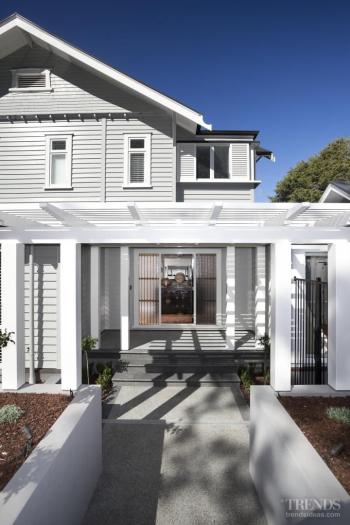 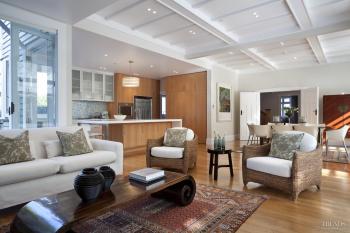 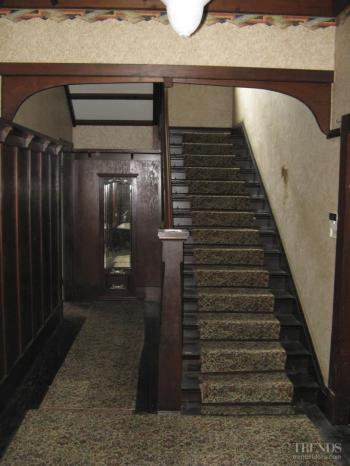 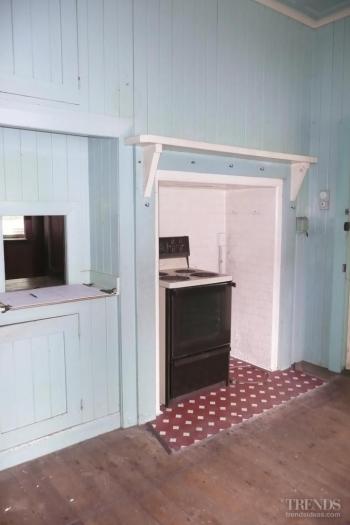 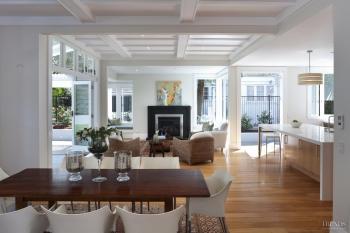 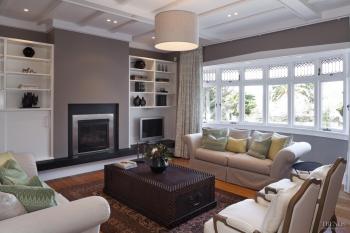 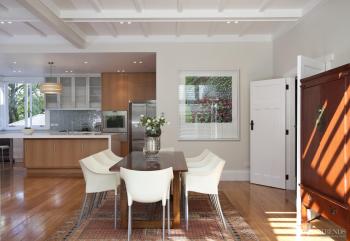 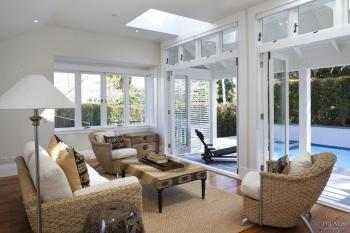 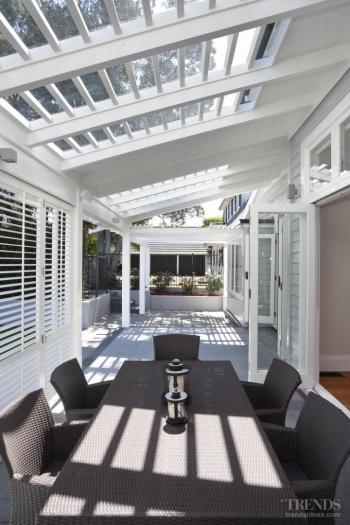 To visually soften the main elevations, two single-storey pavilion-style wings were added. These provide informal living spaces that flow to outdoor terraces and a pool.

Dropping the height of the house down to one storey at the front also gives the house a more human scale, says Aimer.

"Introducing single-storey pavilion elements that open to the outdoors helps connect the formerly self-contained house to the land around it," she says. "We also ensured that the new architecture has soft, frittered edges – in the form of pergolas, verandas and decorative eyebrows – so the structure doesn't read as a new building. And many of the special features of the original house, such as the bay windows and decorative soffits, are still apparent."

To provide a stronger sense of arrival, the main entry was moved. The entry is now aligned with the front gate, with the pathway running between the two main outdoor living areas, which are hidden by walls and landscaping.

The original front door was retained, and replica leadlight panels added to either side to create a grander entry.

"On the inside, we opted for very light-filled space," says Aimer. "It is a fine line working on heritage properties. Do you slavishly follow the original vocabulary or adapt to meet contemporary living requirements? It is always a juggling act. For this house, we replicated the original beamed ceilings, but painted everything white."

Walls were removed to open up a large living space that houses the kitchen, dining and informal living area. This room was also pushed out at one end.

"Getting the proportions right is critical," Aimer says. "Similarly, we always like to ensure there is plenty of natural light."

Clerestory windows feature in both the main living area and pool house – the latter also has skylights and doubles as alternative living room and a games room.

The formal living room was retained as a parents' retreat, with walls painted in a rich cocoa shade to enhance the cosy, intimate ambience.

Where possible, recycled materials were incorporated. The original flooring was restored, and matching old boards sourced for the new areas. Recycled windows were also installed to retain the existing character of the house.

Other notable changes included a restored staircase and hallway, a new timber and Corian kitchen, and a complete rearrangement of the first floor bedrooms, with the addition of several new bathrooms.

The landscaping was also addressed in the renovation, with an old rock wall restored and extended, and mature hedging helping to screen the property from road noise.