Putting a contemporary kitchen into an older home poses some interesting design challenges. Going totally modern may create a disjointed and uncomplementary space, out of touch with the rest of the house. Likewise, a totally traditional approach may produce an inefficient kitchen that doesn't facilitate modern living.

They had already decided they wanted to move the kitchen around to the front of the house and extend out to create extra space that would accommodate an open-plan kitchen and dining area.

Central to the design was the creation of a kitchen island, something that would not have been present in a 1930s farm cottage, the designer says. 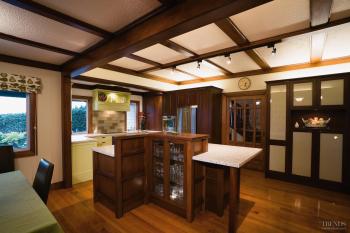 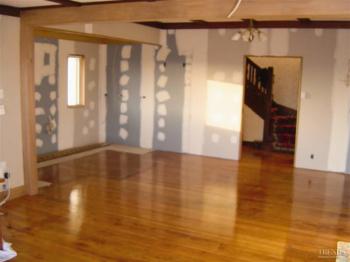 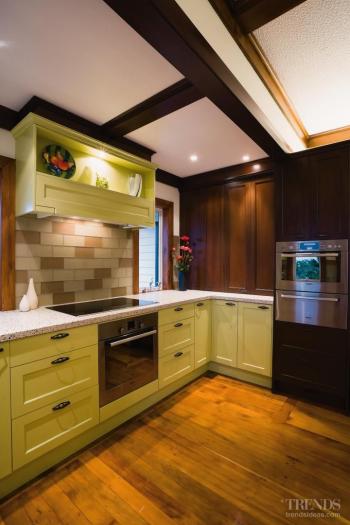 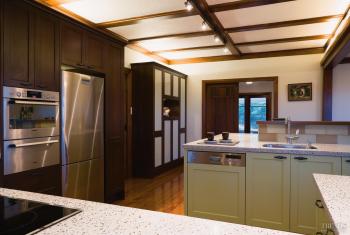 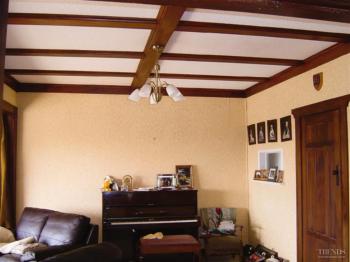 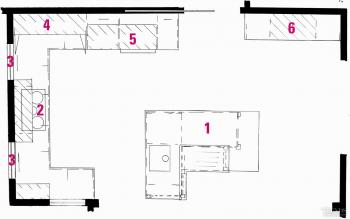 On the dining room side, the island appears as a freestanding piece of furniture, with traditional rimu hardwood panelling and a built-in cabinet for glassware. Solid black totara hardwood tops a raised counter that creates a physical barrier between the kitchen and dining room without separating the two rooms. The island establishes a formal look to the kitchen when observed from the dining room, the designer says.

"Lights within the cabinet showcase the glassware and work to differentiate it from the rest of the island. In effect, the cabinet appears as a separate piece of furniture," she says.

Windows are positioned either side of a hob, wall oven and rangehood configuration, providing an element of symmetry and allowing natural light to penetrate into the area. Above the benchtop to the right, bifold doors keep small appliances tucked away when not in use.

Along one wall, two large cabinets are separated by a sliding door that recesses into the wall. One houses a refrigerator, convection oven and warming drawer, as well as a pull-out pantry and cupboard space.

The other cabinet, with coloured glass panels, provides extra storage for kitchen equipment. Both cabinets are positioned below ceiling height, allowing the beamed ceiling to remain uninterrupted while also maintaining the freestanding look of the kitchen furniture.