Faster, smoother, quieter – the multi-faceted electrification of Auckland's rail system has streamlined public transport to signal the city of the future

Rapidly growing cities need a public transport system that can keep up with the pace of change. But providing such a system takes decades of planning and a huge investment in infrastructure.

This has been the reality for Auckland City, which is only now reaping the rewards of the single largest investment in public transport infrastructure ever seen in New Zealand. The electrification of the city's rail network, first proposed many decades ago, is now set to transform public transport and help ease traffic congestion throughout the region.

The project, which has involved the purchase of 57 electric trains, has seen a complete overhaul of Auckland's rail network, with station upgrades right across the region and a new maintenance depot built at Wiri. 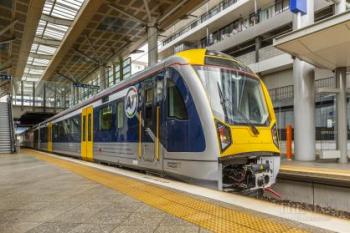 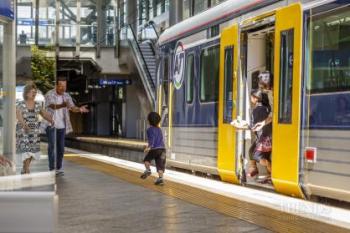 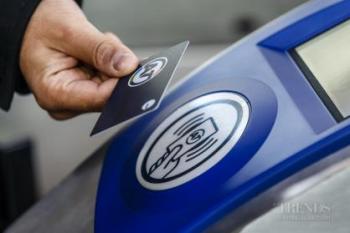 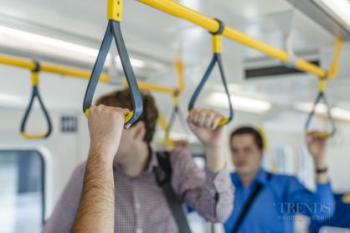 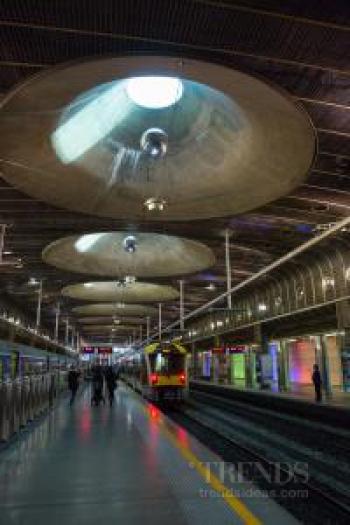 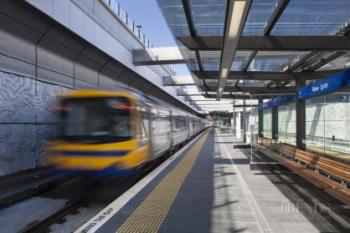 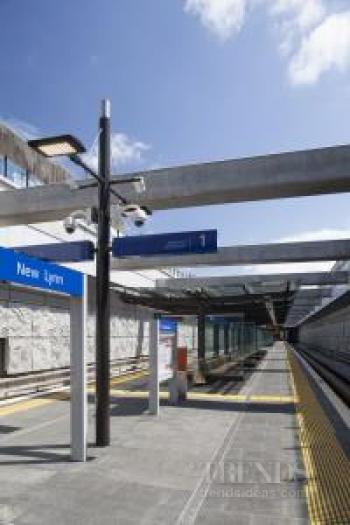 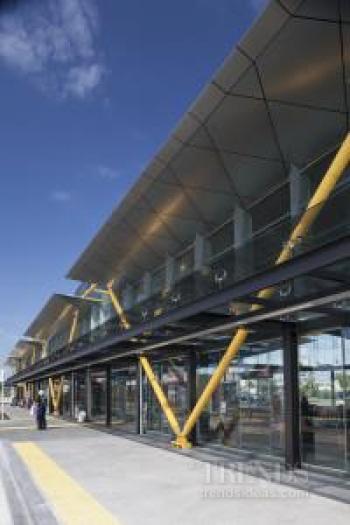 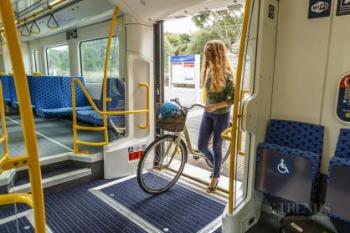 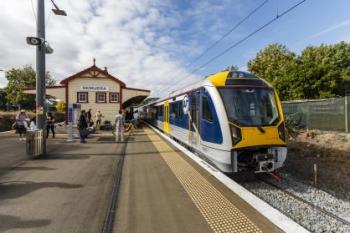 "Ensuring passengers are comfortable, well informed and safe were also key objectives," he says. "These trains accelerate faster, are quieter and more energy efficient. They include the latest developments in railway technology, which will make rail travel far more enjoyable, and ultimately get people out of cars and onto public transport."

French says urban design considerations were a priority for KiwiRail, which needed to install 3500 foundations and masts to carry 560km of overhead lines across 175km of railway tracks.

"Britomart, for example, is a very significant piece of the Auckland network and we didn't want to compromise the aesthetics of the building with overheard wires. At the same time, the solution needed to suit our operations. After looking at several options with the engineering team from Aecom, we chose a solid beam conductor system. This was a win-win situation. Not only is it the least obtrusive option visually, but it is also the best solution operationally. It has a far longer lifespan and requires a lot less maintenance and enabling work."

French says aesthetics also helped to determine the choice of the Mark 3B overhead line system for the rail tracks around the region.

"This is one of the less obtrusive systems – the masts, wires and cantilevered elements are lighter than many other systems, so they blend in more easily with the surrounding landscape."

KiwiRail also worked with Auckland Transport to ensure the aesthetics of the new stations were not compromised by the electrification works.

"We tried to keep the infrastructure away from the platforms, so it doesn't intrude. At Newmarket, we were able to work with Auckland Transport to incorporate infrastructure into the decorative canopies. We also ensured masts are positioned at either end of the stations, rather than in the middle. These were painted in colours to match Auckland Transport's colour scheme for the stations."

The infrastructure construction was led by Hilor, a joint venture between Hawkins Construction and Australian company Laing O'Rourke.

French says there has also been significant focus on deploying technology that will enable greater levels of automation communications and safety across the rail network.

For example, a new SCADA control system has been introduced, and the Traction Control Centre in Wellington has been upgraded.

"Newly automated signalling infrastructure has been installed across the entire network," says French. "At the time of installation, our network was the first in the world to use the most-up-to-date and latest signalling system developed by Siemens. The new signalling system allows for significantly improved operations, such as bi-directional operations and automatic route setting. This enables train control to optimise train movements around the network, minimise delays to services, and allow maintenance works while minimising their impact upon commuters."

"Because trains can run in either direction on each track, there is a lot of flexibility – it is easy to have trains diverted if required. This is all done automatically."

There is also an automatic train protection system to override drivers if train speed limits are being exceeded.

Auckland Transport says the first 14 electric trains from CAF are now in the country, and are being used on the Onehunga line. Two trains are scheduled to arrive from Spain every month between now and November. From then, the rate will increase to four trains each month, with the full fleet delivered by mid 2015. By the end of the year, electric services are planned to commence on the eastern line to Manukau, with other lines being progressively introduced as the trains arrive and complete testing.

Each train comprises three carriages – two motor cars, with a trailer car between. The trains feature platform-level boarding, which is a first for Auckland trains. Other key features include wider doors that allow easier access, especially for those with restricted mobility, wide windows and a fresh, modern decor.

Lloyd Major says testing of the new trains has proved very worthwhile and hasn't resulted in any major issues or breakdowns.

"Altogether, a tremendous amount of resource and co-ordination has gone into this whole project, which has brought a new era in rail travel to Aucklanders."