Renovating a kitchen can mean anything from a simple case of updating the look with new cabinetry and countertops to completely relocating it within the house. More frequently, however, the reality is somewhere in between.

When kitchen designer Marsha Scott bought her new home, she immediately recognized its potential. The existing kitchen was quite a reasonable size, but poorly resourced with a small island, no seating, and very little storage or counter space.

Additionally, the layout was inconvenient. A large walk-in pantry was located around a corner, and away from the main work triangle.

"The overall space and shape was fine, so I concentrated on improving the layout," she says.

The first thing was to remove the old walk-in pantry and incorporate the extra space into the rest of the kitchen. This immediately made the floor area much larger, and allowed a bigger, square island with seating to be included in the design. 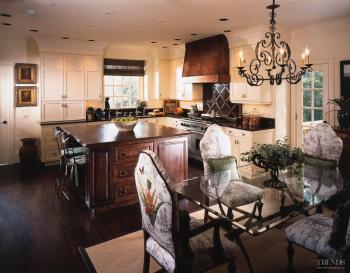 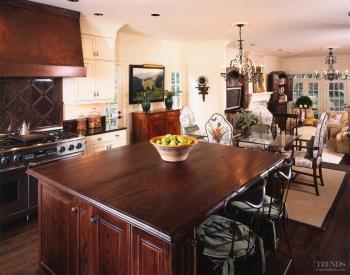 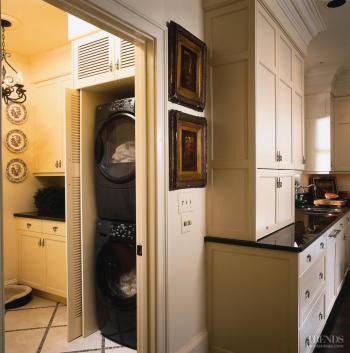 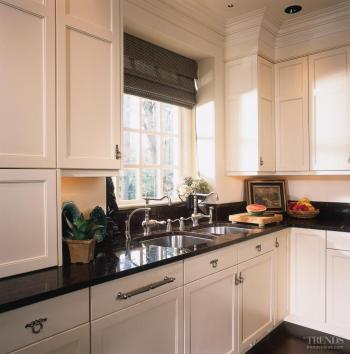 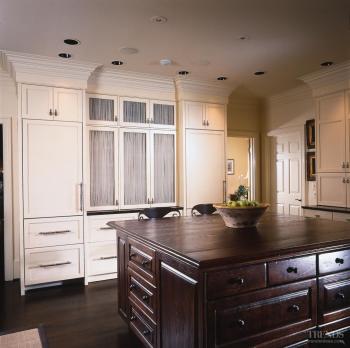 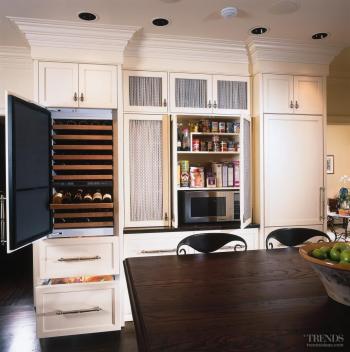 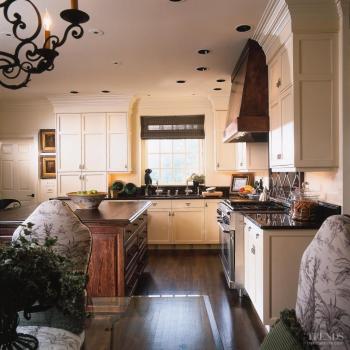 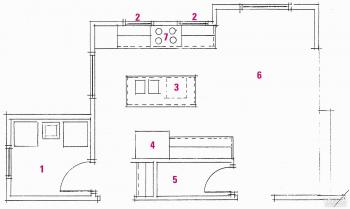 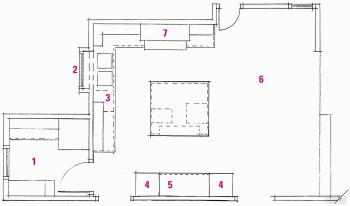 Then, two narrow windows, set into the backsplash behind the range, were blocked up, and a new bay window added into the adjoining wall. Two large sinks were relocated in the countertop below the window, so the cook now has a view into the garden.

"These small changes made the whole kitchen feel much bigger and more open," says Scott.

With a larger island, there was space to include an icemaker, in addition to refrigerator and freezer drawers, and a separate wine refrigerator.

By making the island square, Scott was able to include a counter and cabinetry on a wall that previously had been unusable. With the extra counter space and without the windows behind the hob, it was then possible to include a larger, 48in range and hood to replace the old, 36in cooktop.

Apart from the range, the appliances are now fully integrated, increasing the sense of space.

The efficiency of the kitchen has also been improved. The pantry is now housed in large cupboards and drawers located in the central zone of the kitchen, Scott says.

"Relocating the sinks also improved the kitchen's efficiency. Because both now have their own separate faucets, one person can be using a sink and the range for cooking, while another uses the other sink and dishwasher for cleaning up without getting in each other's way."

Because the kitchen is part of a larger, open-planspace that includes an eating area and family room, Scott wanted the all finishes to co-ordinate.

"Integrating the appliances helped achieve this, and cabinetry with more of a furniture-like feel augments the connection. Cabinetry has been painted in colors that work well within the overall space and co-ordinate with the rest of the house," Scott says.

The whole space – cabinetry, walls, trim and ceiling – is painted in a rich cream. This creates a neutral background that allows more interesting features to stand out, Scott says.

One such feature is the pantry, which has chicken mesh inset into the doors of its upper cabinets. The hood and backsplash are other features in the kitchen. The copper hood adds a warm, natural touch to the kitchen, and the backsplash is fabricated from strips of copper applied in a lattice design to a sheet of granite.

The island is made from walnut-stained oak, with a top made from old, distressed one-and-a-half-inch-thick oak planks. This stain co-ordinates with the dark walnut stained floor.

For convenience, the laundry room still opens off the kitchen. For a unified look, it is fitted out in the same colors and materials as the kitchen.