In every renovation, the scope of the work is determined by the existing building and its site. Sometimes there is no room to push out, but you may be able to go up. Or, as in this project, a little of both may be possible.

Sam Martin and Arindam Sen of Foundation Architects were commissioned to redesign the rear of this old-style villa, to make it much better suited to modern living.

"The existing house was too small, with a very cramped kitchen accommodated within an addition that was built in the late 1970s," says Martin. "There was also a crude spiral staircase leading to two bedrooms."

To provide a new, light-filled family room, the house was extended on the southern corner – the only available space for the construction.

"We needed to marry the extension with the 3m height of the ceilings in the old villa and the 2.1m-high ceilings in the addition," says Martin. "This drove the design, prompting the idea of a 4.5m atrium tower element. Essentially we created a family room that pops up above the roof line. Glazed walls and a glazed ceiling allow maximum solar penetration, so the room is always filled with sunlight even though it is on the shady side of the house. This also allows for a view of the bush and tree canopy at the rear." 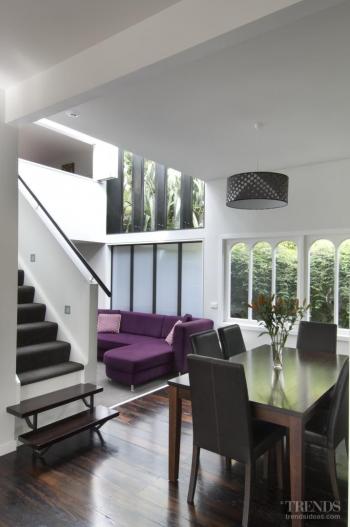 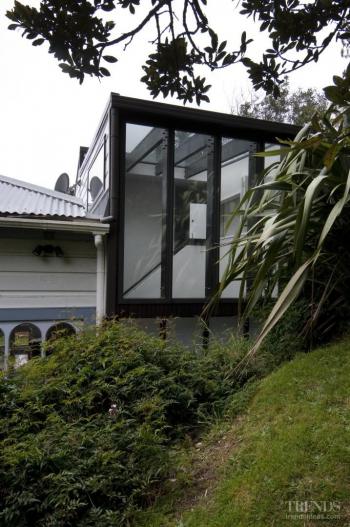 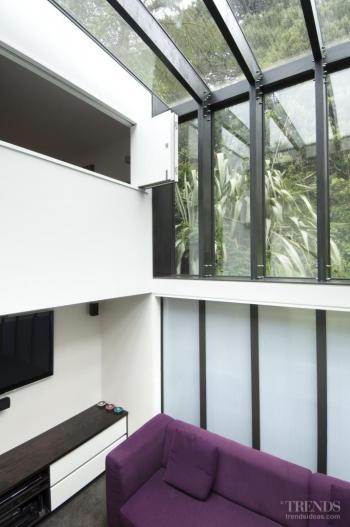 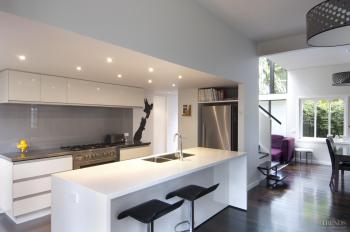 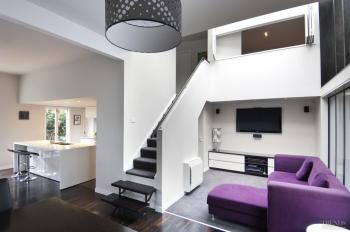 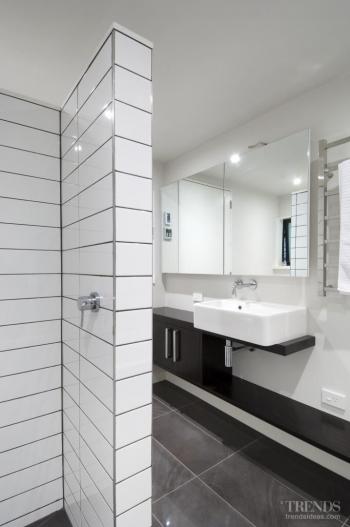 In keeping with the need for a very open living area, there are no hallways – all the space was absorbed into the kitchen-family room.

The new galley-style kitchen features flush, white cabinetry and a large island with waterfall sides. A separate scullery with second sink is positioned behind the kitchen – in a room that was originally an outdated family bathroom. A contemporary bathroom, with a bath and separate shower is also tucked behind the rear wall of the kitchen. A new staircase leads to the two original first-floor bedrooms and a new bedroom, which has internal bifold windows opening up to the family room below.