The design of this beach house, with its separate, externally accessed living and sleeping quarters, alludes to the old-style New Zealand camping holiday

One of the joys of a holiday home is the escape it provides from the stresses of city living. Having a living environment that's completely different from your city residence helps to reinforce the contrast.

Designers Tobin Smith and Case Ornsby designed a coastal retreat for clients who wanted enough space for two families to stay there comfortably.

"At the same time, they wanted their holiday home to feel quite different to their city home," says Smith.

The site is long and narrow, and drops off steeply towards the beachfront, so Smith and Ornsby designed two separate boxes that follow the contours of the land.

At the front of the site, a cedar box contains communal spaces, including the kitchen, dining and living areas. 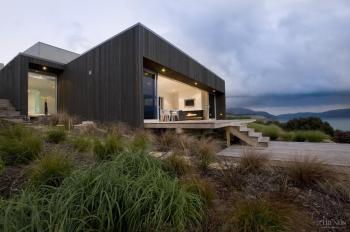 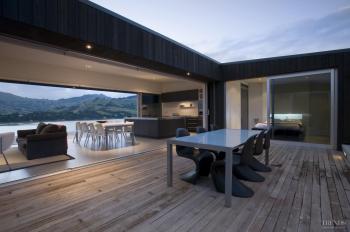 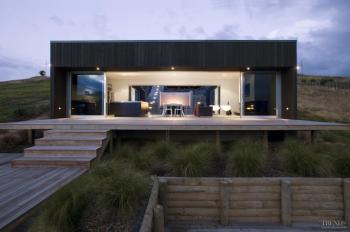 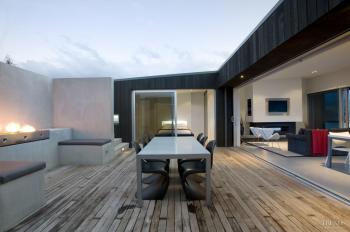 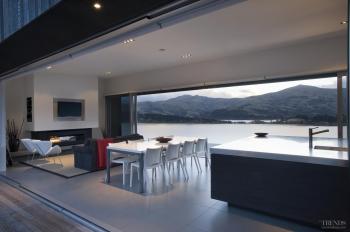 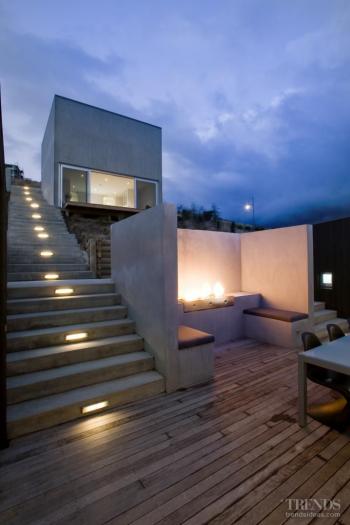 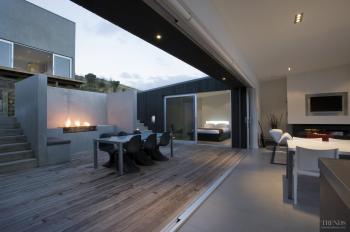 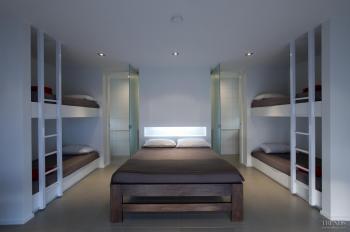 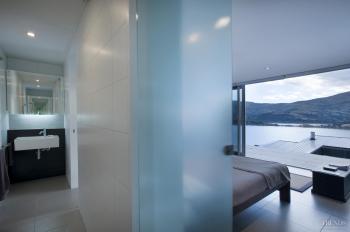 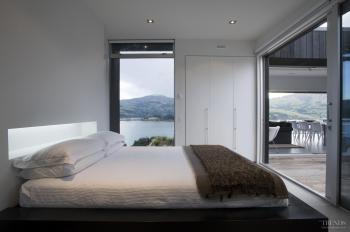 Sliding doors open onto a deck overlooking the sea. A second series of sliding doors on the other side of this box leads to an enclosed courtyard with built-in seating and a fireplace. Two bedrooms with ensuite bathrooms are accessed externally from this deck.

A second plastered block box, at the top of the stairs, has a bunkroom with two bunks, a double bed and bathroom.

"Separating the living and sleeping areas makes the most of the long site, elevates the bunkroom so its occupants can enjoy the views, and provides separate spaces for children and adults," says the designer.

"The design is a play on the notion of the old New Zealand style of camping holiday, where living and sleeping took place in different tents, but here it is accompanied by all the luxuries," Smith says.

With protection provided by the main living area, the bedrooms and upper living area, this plan has produced a courtyard sheltered on all sides from the wind. In addition, because the site is so narrow, privacy from neighbours is ensured. For the same reason, there are no windows along the side walls of the house.

The house is modular and symmetrical in design. The staircase is the same width as panels in the sliding doors, and the line of sight continues through the living module, along the outer edge of the kitchen island, then out the sliding doors to the beach.

Inside, the designers have kept to a simple colour scheme with dark-stained timber, light grey tiles and walls painted in a neutral shade.