A seemingly simple design request can lead to more than anticipated when renovating a home.

The owner of this 1920s Californian bungalow asked the architect in charge of its renovation, Les Dykstra, principal of Architects Les Dykstra, to include a red door in his plans.

"Rather than limit the red to the front door, I suggested we use a deep burgundy colour to paint the interior faces of the exterior walls," Dykstra says.

The idea flowed from the discovery of beautiful, rimu wood flooring underneath the existing, worn-out carpet. A key objective of the renovation brief as set out by the owner was to undo various alterations made to the bungalow, which were out-of-keeping with its original character. Dykstra wanted to restore the floorboards, as well as various other vintage features, to their former glory.

Given the rich, red hues of the rimu, Dykstra and the owner settled on a colour palette which included red, specifically burgundy. Dykstra's rationale behind painting all the perimeter walls this colour was threefold. It provides a means of orientation and a consistency in the decorating scheme throughout the home. 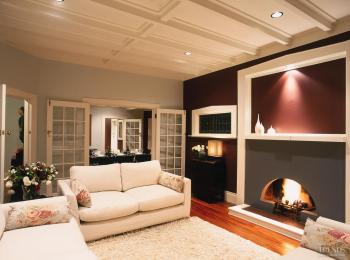 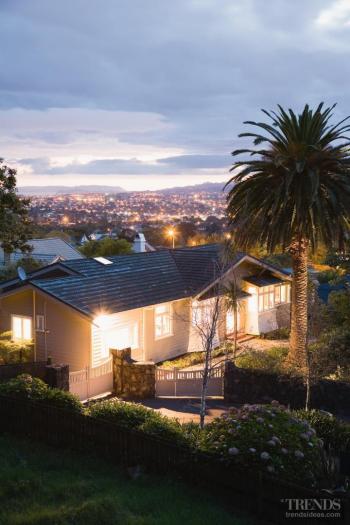 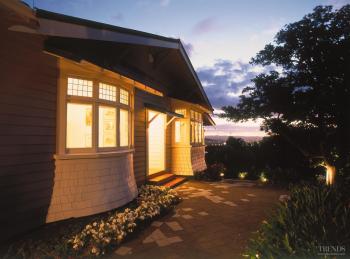 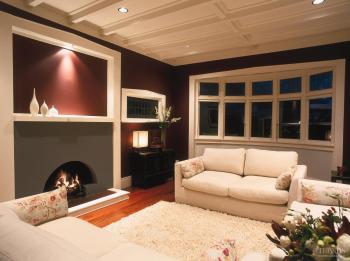 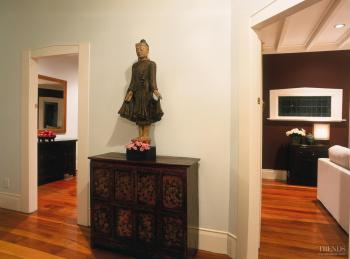 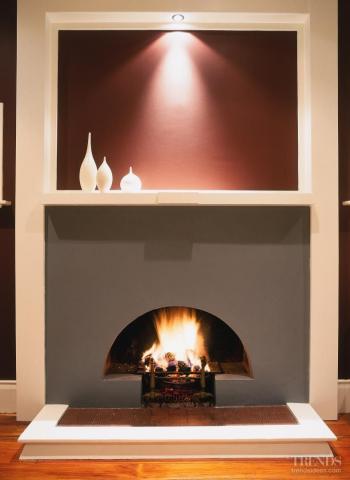 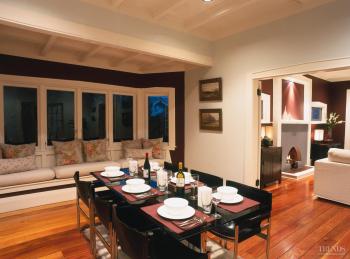 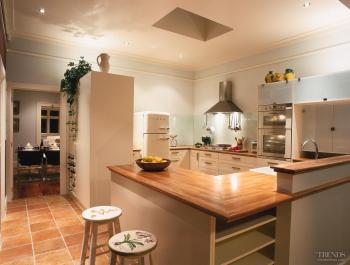 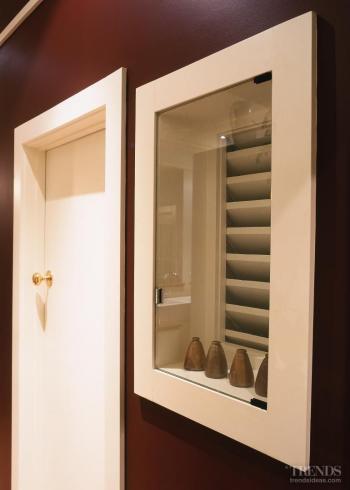 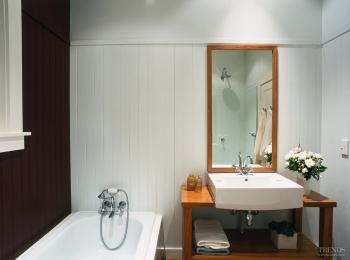 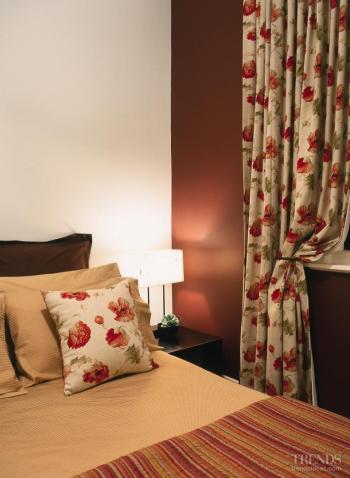 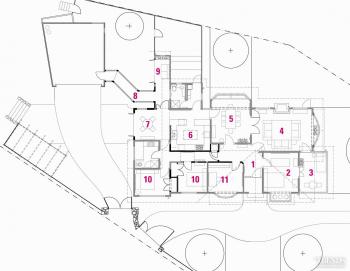 Secondly, the strength and warmth of the burgundy, which combines to cosy effect with the timber flooring, is a contrasting foil for the white frames of the doors and windows, bringing out the leading and panelled details of the latter.

Lastly, by using a dark colour around all the windows, the view is framed and light is invited into the house – another central aim of the renovation brief.

Dykstra says the colour scheme has been so successful in emphasising the windows and the view, that several of the owner's friends thought the windows next to the fireplace, an original, but previously unexceptional feature, was a product of the renovation project.

The living room ceiling had previously been painted a dark brown, which had the effect of compressing the space. By repainting it an off-white, Dykstra lifted the height of the room and increased theimpression of space in the room. Moreover, the batten ceiling, formerly obscured by the dark colour, now stands out, the shadows it now visibly casts throwing the lattice into relief.

All internal non-perimeter walls were painted a shade of white, which appears either green or blue tinged depending on the time of day and light.

"The use of a light, cool colour on the remaining interior walls balances the dark warmth of the burgundy. The off-white of the ceiling has the effect of neutralising both colours," says Dykstra.

The floor in two of the bedrooms needed levelling, which meant removing the rimu flooring. Rather than laying new floorboards and risking a bad match and for the sake of barefoot comfort, carpet was put down in the bedrooms and passage. Dykstra threw a third type of flooring into the mix with tiling in the kitchen and adjoining breakfast area, courtyard, conservatory, garage linkway and bathroom.

The changes in flooring signal transitions between different zones in the home: carpet in the private areas; floorboards in the public, entertaining spaces; and tiles in the practical areas of the bathroom and kitchen. By using floor tiles in the kitchen and breakfast area, and the adjacent outside area of the courtyard and semi-outside area of the conservatory, there is also an element of flow between the interior and exterior spaces.

Dykstra used two tones of tile, laying alternate tones in each area to differentiate between them. The centre tile of every area is also in the opposing tone to centre each space – another means of orientation.

In the bathroom, the owner wanted to stay true to the original, simplistic styling of the Californian bungalow. The tapware, toilet and basin are new, but the rimu wood vanity is original. The wood was reconditioned and the frame altered to fit the new basin.

To retain the look of the painted timber tongue and groove in the shower area, Dykstra used a replica tongue-and-groove cement sheet painted with industrial grade, waterproof paint.

This stylistic solution is as practical as tiling and avoided the need to introduce another material into the bathroom. Dykstra also felt tiling the shower would make the space feel smaller relative to maintaining the appearance of tongue and groove. He specified a plain glass shower cubicle so as not to obstruct the space and to show off the apparent woodwork.

Dykstra not only planned out where the furniture should be placed throughout the house to promote fluid interior flow, but also helped source many of the pieces. The owner expressed a preference for oriental-themed furniture, and Dykstra helped her choose a variety of pieces from highly decorative to plain and modern.

In the bedroom, a pair of modern, oriental teak side tables fit well with the bold patterning of the curtains and Manchester. Their austere, stripped back style allowed Dykstra the freedom to choose soft-furnishings which make a strong statement.

Dykstra used full-drop curtains in all the bedrooms despite their small windows, to increase the sense of grandeur.