Contemporary loft conversions have transformed inner-city living in major urban centers throughout the world. But, while we may traditionally associate such lifestyles with character buildings in Paris, London and New York, loft-style living is also a fitting solution for many new developments.

The design of this 1770sq ft rooftop penthouse – on top of a four-story commercial building – was strongly influenced by the typical New York loft conversion. With its 10ft-high ceilings, full-height doors and spacious interior, the apartment captures the essence of the traditional loft, yet also provides amenities that are more in keeping with modern lifestyles.

As with most rooftop apartments, it is virtually hidden from sight at ground level. The owners' private sanctuary is also concealed behind large, 10ft-high, redlacquered doors that create an air of mystery and a sense of anticipation.

The owners, who designed the apartment interior, say the doors are like the gate to their property, opening into a world far removed from the noise and bustle of the city below.

"The entrance not only marks the threshold – it also makes a dramatic visual statement, setting the scene for the rest of the interior," says one of the owners. "The oversize scale of the doors conveys a sense of heightened expectation. It also emphasizes the ceiling height and the spacious interior beyond." 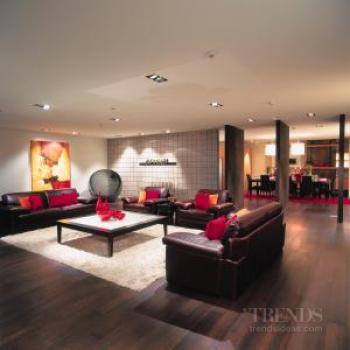 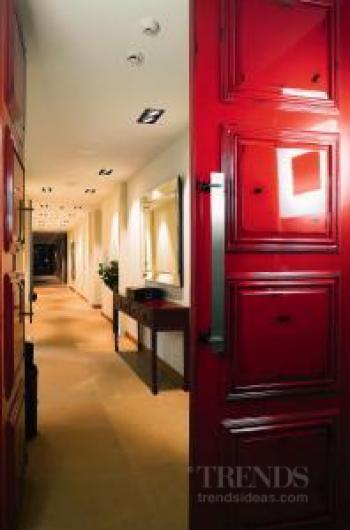 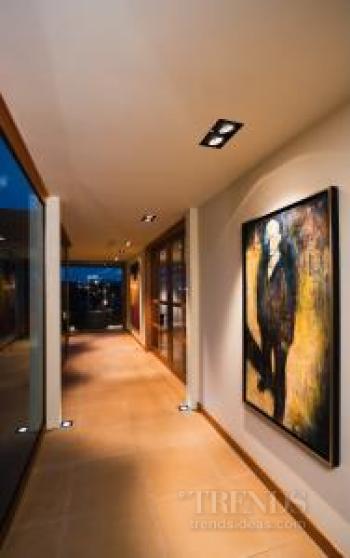 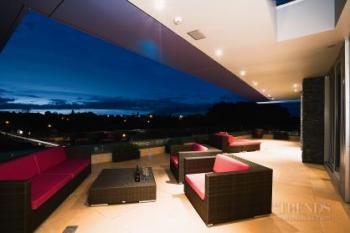 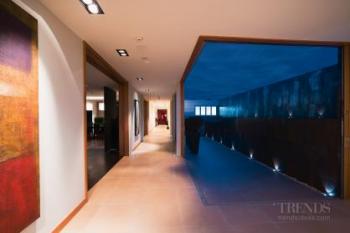 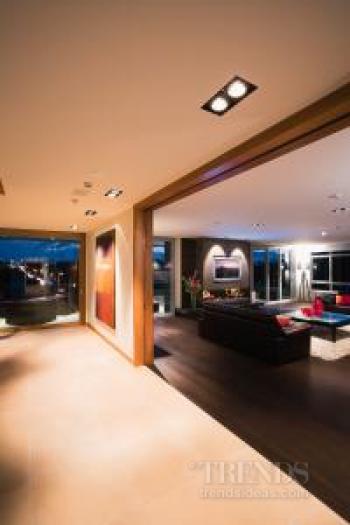 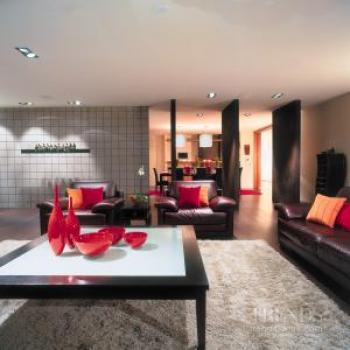 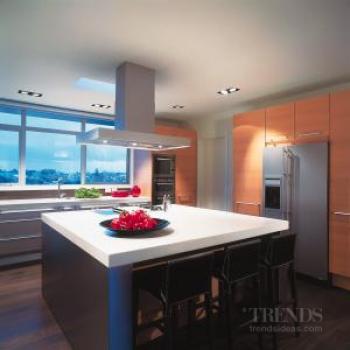 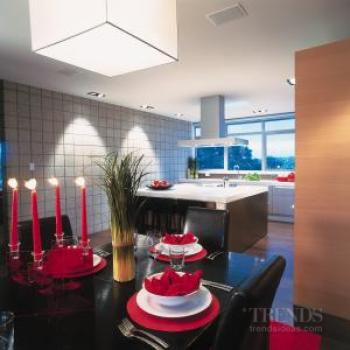 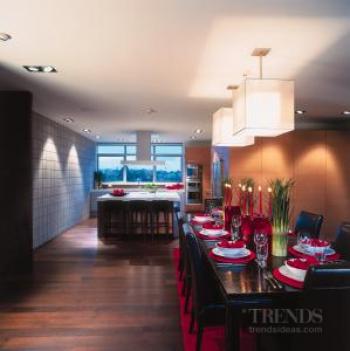 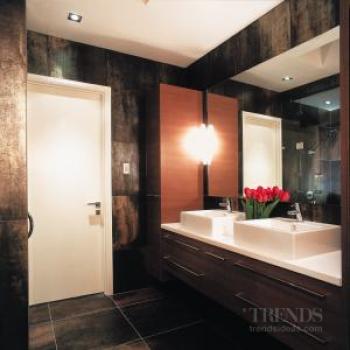 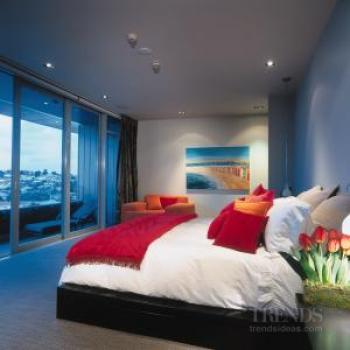 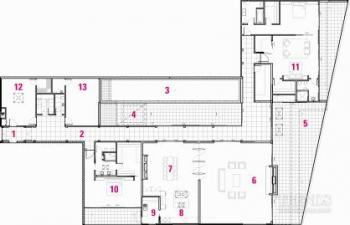 A long gallery forms a spine that runs the length of the building and culminates in an outdoor living area. The gallery, which displays works from the owners' art collection, opens to formal living and dining areas on the right.

On the left, a full wall of sliding glass doors opens to an elevated lap pool and spa pool. Similarly large 16ft-wide pocket door sliders on the opposite side of the gallery mean the entire living space can be opened to the pool area.

In keeping with the warehouse-loft ambiance, the walls around the pool feature rust-colored metallic tiles, which are illuminated by uplights. At night the city lights can also be appreciated through the glazed end walls beyond the pool.

The owners say exposing the pool to the elements provides a welcome connection to the outdoors, and was a way to bring light into the gallery. Two large skylights at the end of the gallery also help to lighten the foyer leading to thebalcony. As well as providing a large outdoor living area, the balcony features a built-in kitchen for casual entertaining.

The pièce de résistance, however, is the expansive living area. Again, in typical loft style, the space has a contemporary aesthetic, with dark wood flooring, wide walls and high ceilings.

"Furnishing such a large area was a challenge," says one of the owners. "Anything small looked insignificant and out of place. It was also important to avoid a cluttered look, hence the choice of over-scale leather furniture, an extra-large coffee table, and a sculptural wire chair. The visual impact also comes from being able to display key artworks in the right environment – in many ways, the space functions as an extension of the gallery."

One of the these art works is a collection of miniature bronzed figures by Sergio Furnari, which were inspired by the famous photograph of the original workers on the Empire State Building. The figures are perched, appropriately, on a ledge on a honed concrete-block wall.

"This is the first time we have built a wall to suit an artwork," says the owner. "We love the modernist aesthetic of the honed concrete block and the way it helps to warm up the interior, so it doesn't feel hard or cold. We also love the textural contrast between the concrete, wood and glass."

Large pivoting wood doors next to the wall separate the living and dining areas. The doors, also over-scale, have a rust-effect paint finish that adds further warmth to the interior.

In the master suite, the brown and red color accents are repeated. To create an intimate, yet slightly industrial feel to the ensuite bathroom, the owners specified metallic tiles similar to the pool.