Architecture is all the more exciting for being provocative – there's nothing wrong with healthy debate. But when renowned architects produce adventurous concepts, you can be sure the architecture is fundamentally a design response to space requirements. In other words, what happens on the inside determines the form of the exterior.

And so it is with the controversial design for the new Dr Chau Chak Wing Building, home to the UTS Business School at the UTS city campus in Sydney, designed by Gehry Partners, with local executive architect Daryl Jackson Robin Dyke Architects (DJRD). This is a building designed from the inside out. But it is also a building that addresses its unique location, straddling the divide between the old and new.

Gehry took his cue from both the heritage buildings in the Ultimo-Pyrmont precinct and the modern high-rises in the CBD on the other side. The elevation viewed when looking back at the city from Ultimo-Pyrmont is defined by angular glass shards, while the view of the building from the city side presents an undulating brick facade that addresses the older sandstone and brick warehouses in the surrounding neighbourhood.

"The 19th-century buildings in Sydney are still the most accessible. There is a humanity about them," Gehry says. "Most modern buildings tend to be cold and off-putting."

But it is the design of the new facades, and the building itself, that is turning heads. Gehry based the architecture on the idea of a treehouse, whereby there is a central trunk, or hub, that forms the key circulation areas. Branches extend out from this to provide myriad teaching spaces, computer labs and administrative areas. As in nature, the branches are of different sizes – in places they push out further to cater to the activities within. 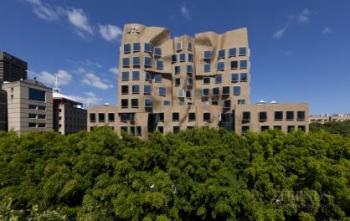 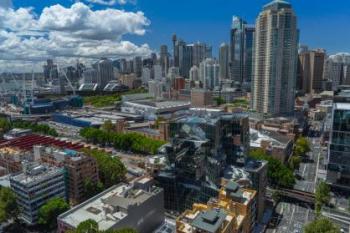 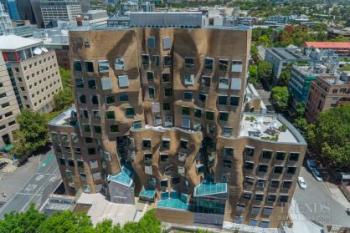 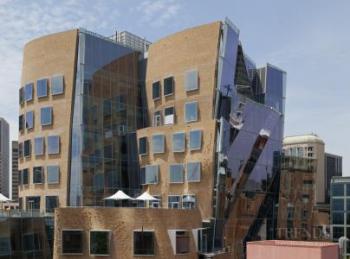 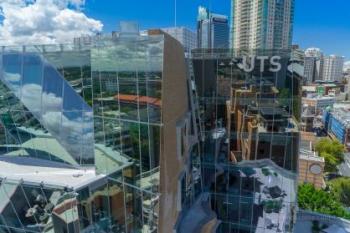 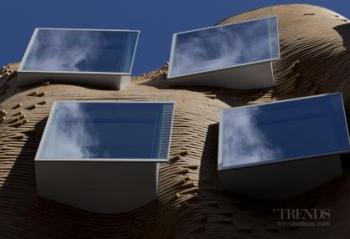 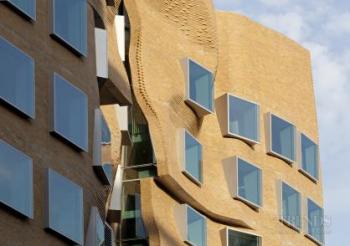 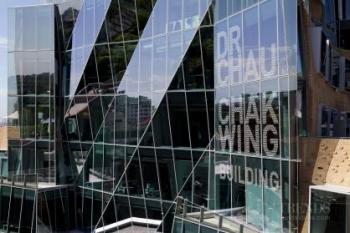 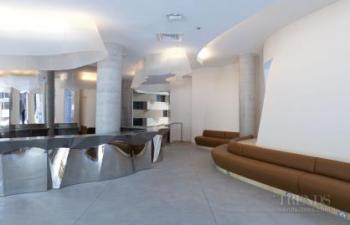 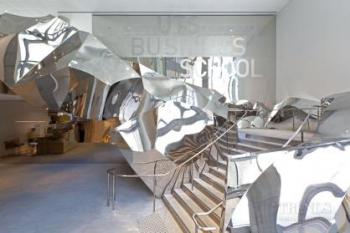 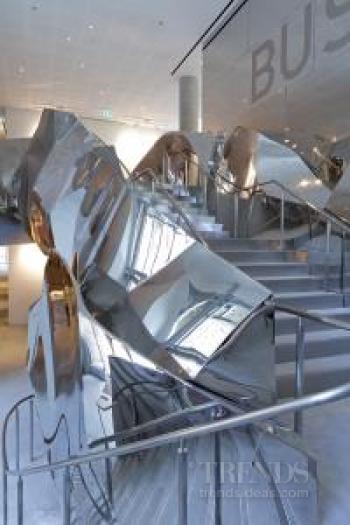 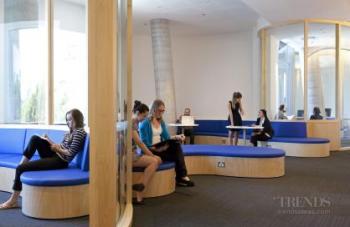 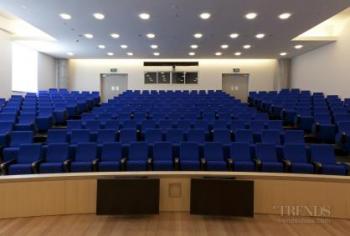 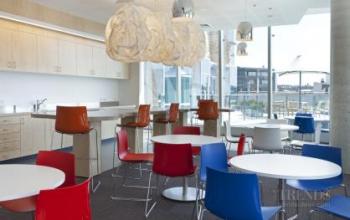 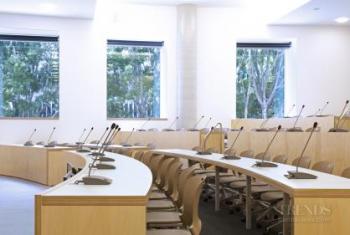 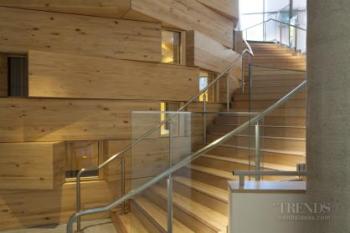 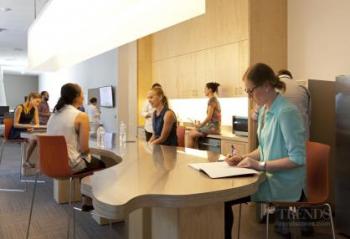 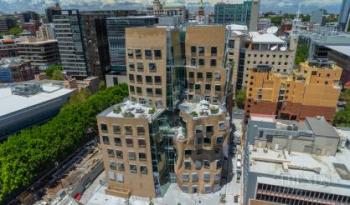 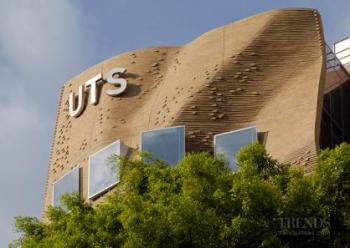 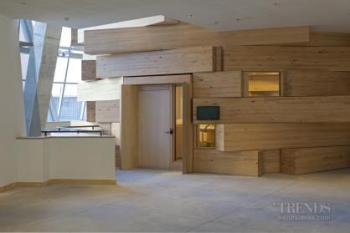 "The original concept introduced stacked cubes of wood around a central spine," he says. "These were then draped with flowing fabric – in the finished building, this is created by the undulating form of the brickwork."

Gehry says the idea of creating a sense of movement to replace decoration on a building is not new.

"It comes from the fold, which goes back to studies by Michelangelo and many artists over time. It's a container; maybe it's a brown paper bag, but it is flexible on the inside. There's a lot of room for change and movement, which is essential today."

DJRD project architect Daniel Beekwilder says the building respects the massing and height of the heritage buildings in the neighbourhood.

"The building steps back at Level 8 to comply with local regulations that preserve parapet heights so they relate to the cornices of the brick buildings constructed around the turn of the last century. These setbacks provide rooftop terraces."

Beekwilder says extensive CAD modelling was required to work out the most efficient way to build the facade.

"Each level has a different geometry, and is essentially freestanding. Typical facades are 3600mm high, while the lower facades are slightly taller at 4600mm. Stainless steel brick ties on the armature behind the brickwork establish the required angle for the bricks."

The architect says introducing K bricks, which protrude from the surface, was a way to accentuate the curves.

"They provide a little more shadow definition, so people can read the curves more easily from far away. Similarly, the window boxes popping out from the building help to emphasise the form. They were developed as a way of simplifying window installation on a heavily modelled surface."

Brian Moore says commissioning a design from Gehry Partners ensured the architecture would be a departure from convention, which fitted with the desire to make the building a key component of the $1 billion UTS City Campus Master Plan. The project was made possible by a $20 million donation from businessman and philanthropist Dr Chau Chak Wing, after whom the building is named.

"UTS recognised the significance of the central location. This is an urban university, not a traditional college with swathes of lawn and trees. But we could see there was an opportunity to create a landmark within Sydney's cultural ribbon, which runs from the Opera House to the southern end of the city through Darling Harbour. The building's entrance from The Goods Line – a disused railway line that is currently being redeveloped as a landscaped urban pedestrian zone – will enhance its connections with the city."

Moore says the unconventional architecture also works on another level – it is symbolic of innovative thinking and it encourages interdisciplinary collaboration and the cross-pollination of ideas.

"Because the building was essentially designed from the inside out, like all Gehry buildings, it caters to new ways of learning. Modern education is about teaching in the round, and the spaces reflect this collaborative approach to learning."

The treehouse analogy is strongly evident on the interior. Organic forms enhance key circulation areas, and by association, the flow of ideas. And the exposed round structural columns – some angled – are reminiscent of trunks.

"As if in a treehouse, students can sit within one platform and look across the building so see people on another platform," says Beekwilder. "The window boxes also allow slices of the view across to other parts of the building, which helps to humanise the structure."

Other elements of the exterior are echoed on the interior, including the visual crumpling of materials. In the stairwell, this reappears in the polished stainless steel of the main stair balustrades.

"The architecture maximises the value of the materials – every angle and every reflection is deliberate," says Beekwilder. "Nothing is accidental. The curved stainless steel drum encircling the café, for example, reflects one of the oval classrooms, which features walls inclined by 8°. The reflection makes the classroom appear larger than it is."

In keeping with the student-focused learning model, the oval classrooms were designed to operate without a podium.

"Today there is a lot more informal, interactive learning and group work, and the teacher is a facilitator of the discussion rather than a lecturer. Flexibility is essential, so most of these spaces can be used in different ways. The 120-seat collab-orative theatre is tiered two rows at a time to allow students in the front row of each step to turn around and work with the students behind."

Embedded technology includes projectors with the capacity to screen images on several walls simultaneously. The 240-seat auditorium is equipped with an advanced audiovisual system and video-conferencing facilities.

Sustainability is another major focus. The building has a 5 Star Green Star Design rating from the Green Building Council of Australia. Key features include high-performance glazing to enhance energy efficiency, parking for 160 bicycles, and a 20,000-litre rainwater tank. All the timber used in the building is from sustainable resources.

"We are at the heart of Sydney's growing ‘digital creative hub' and in a hot spot of new business incubation and innovation," he says. "We can now collaborate further with cultural, media, commercial, government and educational organisations, fostering and learning from exciting new start-up enterprises."