For many years, bathrooms were designed as very private, inward-looking spaces. If you managed to get a glimpse of a view from an open frosted window, you were lucky.

This remodeled master bathroom has turned that concept around. The spectacular sea view the owners now enjoy could not be fully appreciated in the former bathroom, says architect Tim Nicol.

"The original bathroom not only had a curtain covering the window – there was also a shower curtain in front that completely blocked any chance of a view," he says.

Opening up the bathroom to the view and natural light was a priority for the design. To this end, the shower was moved away from the window and placed to the side, in a space that was formerly taken by the toilet room.

"We also altered the ceiling to better express the gable above the window," says Nicol. "The original ceiling was vaulted, but it flattened out above the window. The new hipped ceiling is a feature repeated in the shower room." 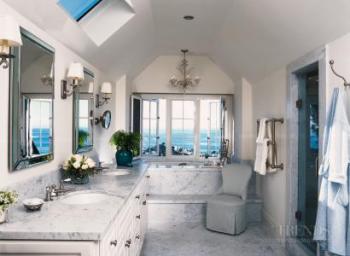 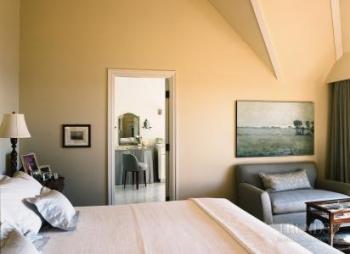 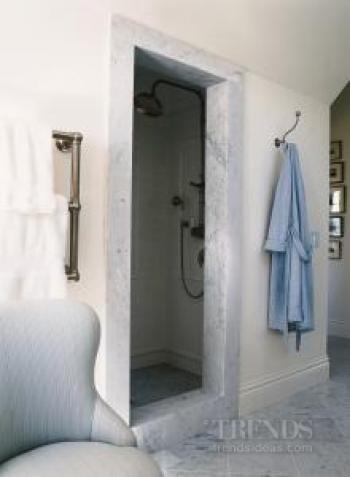 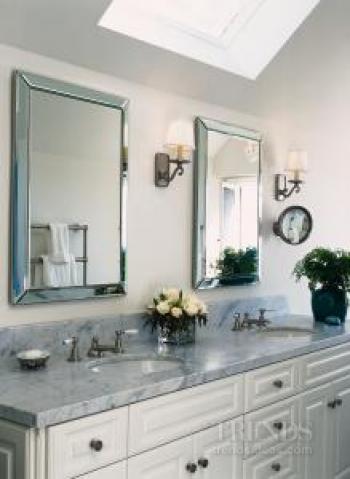 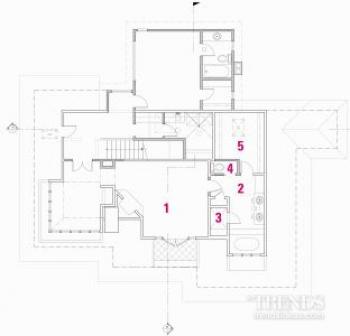 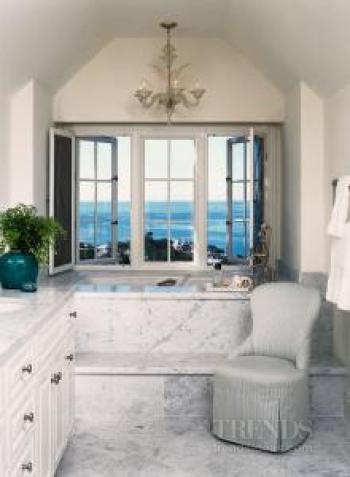 The picturesque window now frames the bathroom centerpiece – a raised tub in a White Ventino marble surround, positioned so the owners can enjoy the view while bathing.

Designer Brenda Wilson says the gray and white honed marble was chosen to provide an attractive, clean look. Being able to source both slabs and 12in x 12in tiles was another plus.

The marble floor tiles are laid in a diagonal pattern with a tiled border providing a finished look to the room. Tiles in the shower have a similar layout, which also helps drain water.

The bathroom incorporates a fabric-draped dressing table, which can be seen from the bedroom. Both the table and the two chairs in the bathroom help soften the look of the room and provide a strong visual link with the bedroom.