Extended windows, an open-plan living space, and elements of Japanese design have given this solid 1960s home a light, welcoming ambience

A renovation project is made much easier when the house in question already has good bones and effective orientation. In such cases, minor structural alterations and strategic cosmetic changes can bring about a dramatic transformation.

When architect Kelly Davis first approached renovating this 1960s home, he found a solidly designed structure, angled towards, but not maximizing, natural light.

"The clients asked for a lighter, brighter area that had a large open living space and a slight Japanese ambience," says Davis. "We were lucky in that the house, built in the 1960s, had good bones, which made it easy to subtly re-invent."

Part of the home's original charms were large exposed supporting beams running the length of the home. With these taking the weight of the structure, Davis was able to knock down partitioning walls between the living room, dining room and kitchen to create a lighter, open-plan space.

Another structural alteration was to extend the windows in the living room down to just above the floor. This extension gives the room the feel of being open to the external environment. 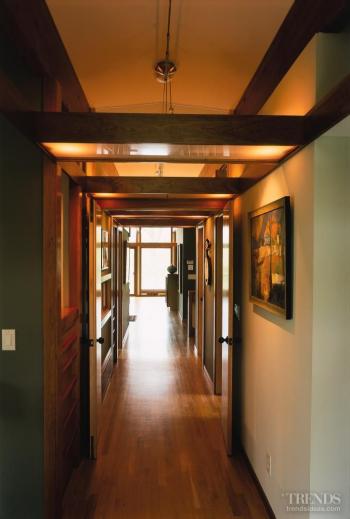 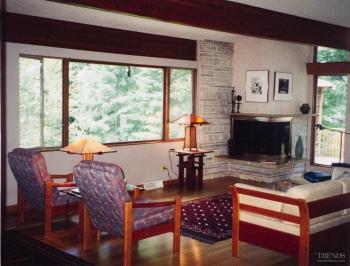 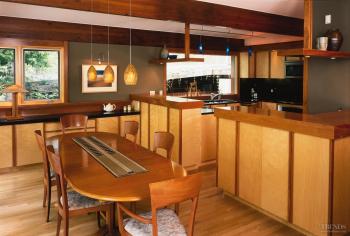 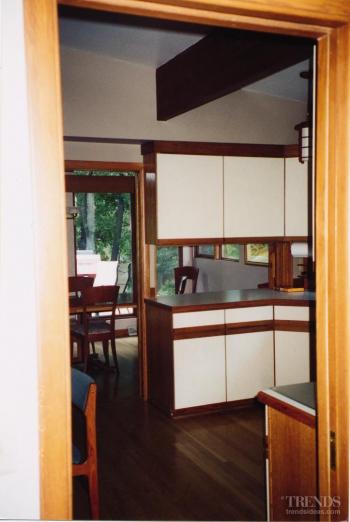 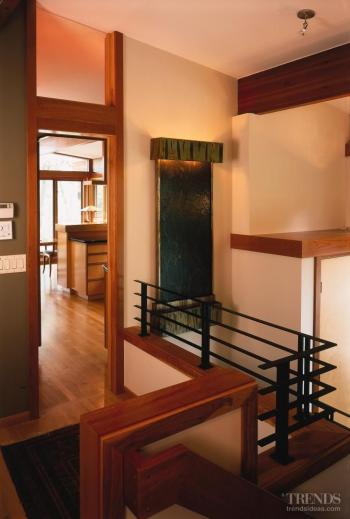 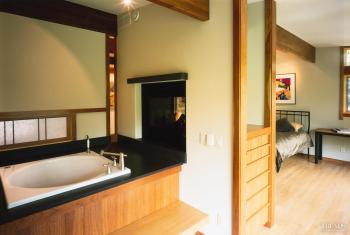 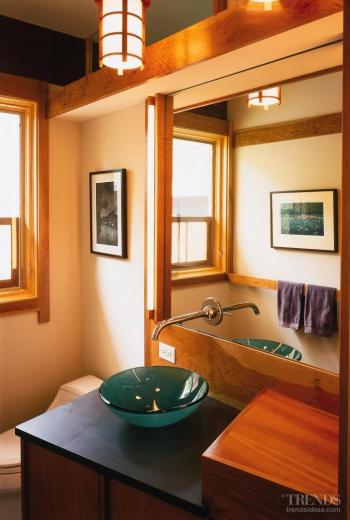 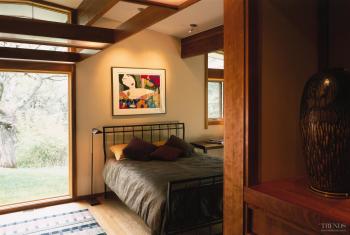 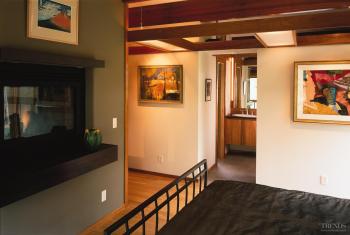 "The sense of merging indoors and out is a Japanese architectural convention and was well suited to this attractive site," says Davis. "Traditional exterior materials, such as the existing stone in the living area, and a custom board-and-batten feature over the living room fireplace enhance this indoor-outdoor connection."

The board-and-batten feature also finds connection with the kitchen's cherry and birch cabinetry. Similar wood trims and finishes appear throughout the home as a unifying feature.

The strong horizontal lines of exposed overhead beams have also been echoed by the architect elsewhere in the home.

The tall corridor that runs much of the length of the house was lined with a series of suspended wood light boxes. These illuminated elements accentuate the horizontal run of the hallway and also bring a human scale to the space. At the same time, the architect took pains to maximize the hallway's elongated form.

"The hallway had originally been bisected by a wall above dividing doors. We removed the wall, replacing it with a glass partition to retain acoustical separation when the bedroom doors are closed."

Removing the upper wall makes the most of the 60ft stretch of corridor. A window was added in the master bedroom at the end of this sightline to further enhance the sense of space.

An additional bedroom next to the master bedroom has been reinvented as a tub room, another Japanese element.

Alongside the generous soaking tub, fiberglass panels admit light from the corridor, while retaining privacy. The opaque quality of these panels is reminiscent of the use of paper in Japanese houses. A vertical slot in the corner of the same tub alcove provides visual interest, and features a closing wood shutter for privacy.

"From the original beams to the hall light boxes, the home has a distinct design rhythm," says Davis. "The wall alterations and attention to material detail bring a feel of openness and space."