Older homes frequently have good proportions, but are not designed for modern lifestyles. This renovation provides the best of both worlds

Better than before Discover this article's resources 0

Most families today have similar requirements when it comes to the layout of their homes. An open-plan kitchen and family area, and good indoor-outdoor flow top the list. But introducing these elements to a traditional homestead can be a challenge.

When the large home shown on these pages was renovated, the owner chose to retain its historic character. Even though a new wing was added, the exterior was designed to fit in with the look of the original house.

"The house had very good proportions, so we chose to keep things simple from the outset," the owner says. "Previous renovations over the years had added unsuitable elements, such as aluminium windows and a decramastic tiled roof. These were completely removed so we could enhance the traditional features."

New balconies were added to the second storey, one replacing a sunroom. With their traditional French doors, the balconies provide good indoor-outdoor flow from the bedrooms. Flared overhangs below mimic the roofline and are in keeping with the era of the house.

At ground-floor level, the kitchen and formal dining room were extended and rebuilt, and a new wing added. A glazed gallery was introduced to link the new wing with the existing house. While this provides a contemporary touch, the materials refer back to the traditional look, with wooden joinery opening on both sides to create a pavilion-style space. 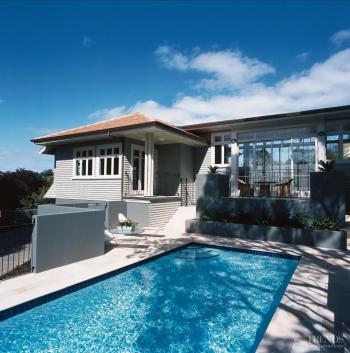 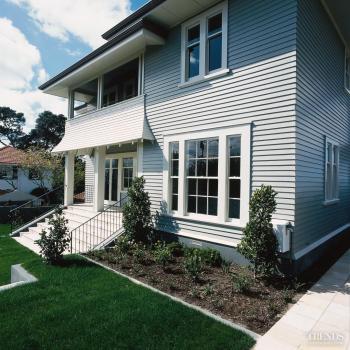 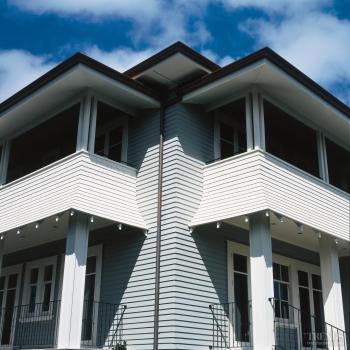 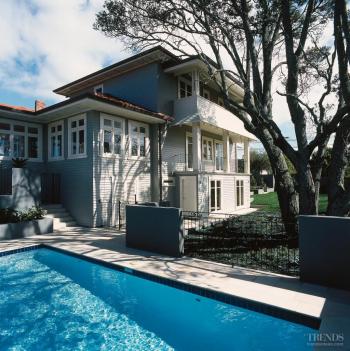 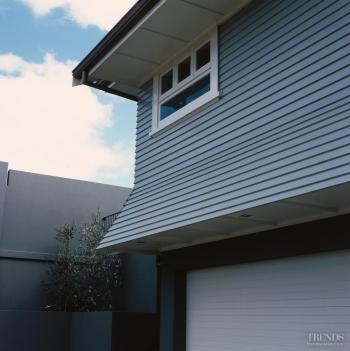 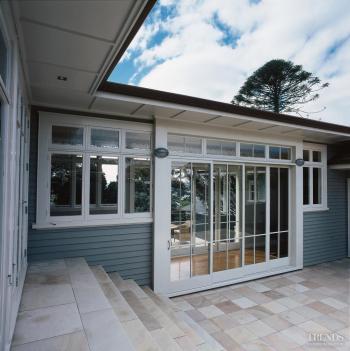 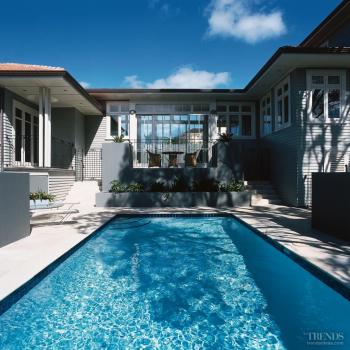 New weatherboards were machined to match boards on the existing house. The new wing, which accommodates guest facilities, a study and three-car garaging, also features joinery and iron railings that are similar to the rest of the house. In addition, the placement of the windows provides a symmetrical look in keeping with the original style.

The owner says the entire roof was removed and replaced with weathered clay Marseilles tiles. These provide a look that is more fitting to the grandeur of the house and its upmarket location, he says. At the same time, they look like they could be the original tile roofing.

Other changes were also undertaken so the house would better suit modern lifestyles. As well as extensive landscaped outdoor living areas, there is a new pool.