Best of both worlds

Dipen Gada creates a vertical structure to maximise the available area. A traditional motif binds the exteriors to the interiors

Best of both worlds Discover this article's resources 0

Though homes are reflections of the owners' personality, the design always carries a strong stamp of an architect's creativity. Every architect or designer has a signature style that either stands out prominently or sometimes in an understated manner.

"I always make it a point to select a single strong element that acts as a unifying force in my projects. This brings about a sense of continuity and gives a residence a distinctive mark," says Dipen Gada of Dipen Gada & Associate.

For this Vadodara house, he uses a tree motif that influences the exteriors as well as the interiors. When the owners' approached the architect they were keen to have a house that would echo a strong traditional design tone with no modern characteristics. However, during the designing process they decided to have a blend of both.

"When I took on the project, the first challenge was the area of the plot. Approximately 3000 sq ft, it is a tight site and we had to be very careful in terms of architecture and designing. As we had to design multiple areas within the house, we decided to spread it vertically," says Gada. "Considering the size of the plot, there was limited scope for landscaping and hence we have tried to incorporate natural features in the interiors and have also given the exterior a tree motif."

The stark vertical structure instantly attracts attention for its motif that stands out in the front elevation. The structure is a combination of horizontal and vertical planes at multiple levels that break the monotony of the singular long vertical tower. 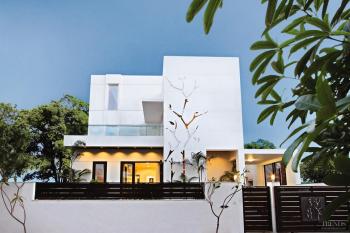 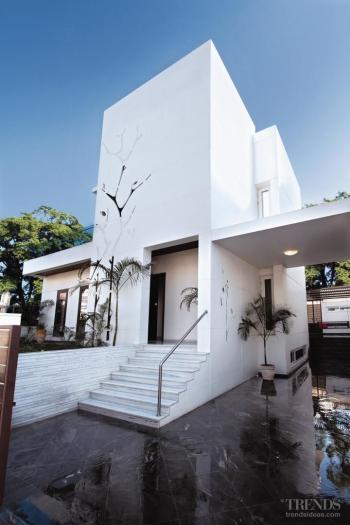 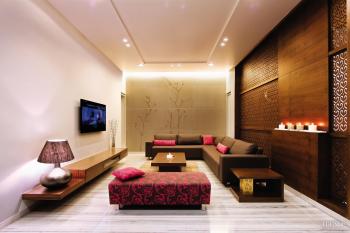 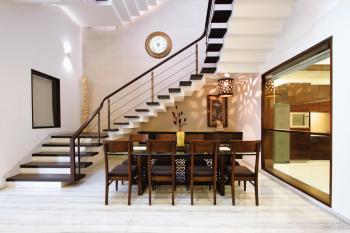 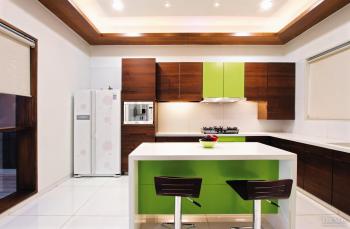 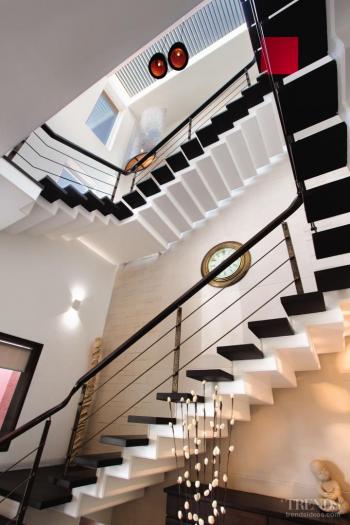 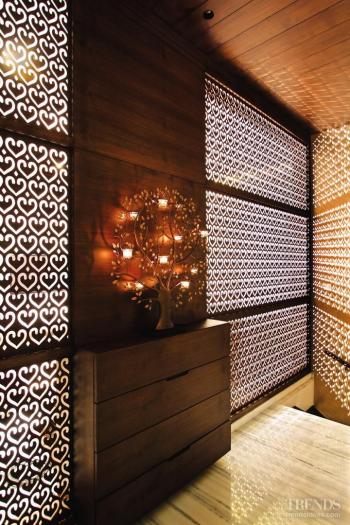 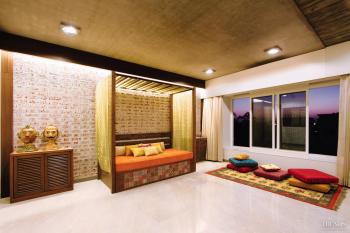 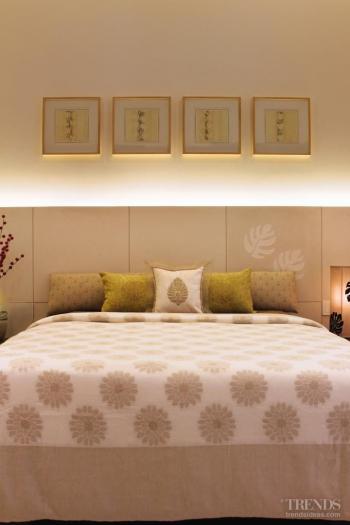 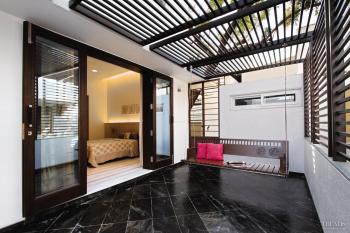 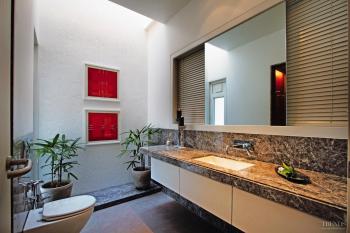 Another remarkable design feature are the fenestrations puncturing the facade. They have been kept to a minimum to render an empowering look. They allow in ample natural light into the house along with multiple skylights, which are present within.

The built-up area of the house is 4500 sq ft and accomodates a living room, dining, kitchen, four bedrooms and bathrooms. The ground floor has the public areas along with a bedroom whereas the first and the second floor have the remaining three bedrooms.

A stone statue marks the entry into the house and has a striking partition made of doubled veneered motifs that lead in to the living room.

"The living room is low on accessories and has a L-shaped sofa along with a striking river polish mint stone wall. This wall has the tree motif that brings continuity from the exteriors inside," says Gada.

The dining area, near the foot of the staircase, is a modern space with a glass tabletop and wooden chairs. A customised wooden lamp adds drama to the space. Where the living room and the dining are in earthy colour tones, the kitchen is a stark contrast in green and white. Gada deliberately chose this vibrant colour against white to add vibrancy. A counter has been created in the centre that also functions as an informal dining space.

The staircase in the dining has been done in RCC and Jodhpur stone, finished in wood-like colour paint. The staircase runs free from the wall with a backdrop of wall clad with river polish mint stone.

The bedroom on the ground floor belongs to the parents and is done in shades of beige and white. It extends to a terrace as well where the architect has placed a traditional swing.

The area gets it natural light due to the pergola. The low headboard echoes the tree motif done in water jet. The first floor has the master bedroom along with the daughter's bedroom. The tree motif on the facade brings in light into this room throughout the day.

"On the second floor is the guest bedroom that doubles up as home theatre room. The room is a stark contrast from the rest of the spaces of the house. I have left the ceiling exposed and have used a combination of wooden plank texture with smooth finish there. The Katni marble flooring accentuates the warmth of the space. We have used a Burmese teak sofa here that doubles up as a bed and have also used special handmade tiles that have been set in the bed pull out," says Gada.