A beautiful view, an eclectic art collection and a desire for open space provided the inspiration for this terrace house renovation

A commanding view of the Golden Gate bridge, a great neighborhood and some interesting architectural features sounds like a winning formula, but the home featured here also had a downside – a boring 1950s interior.

Before they moved in, the new owners of this San Francisco terrace house found interior designers simpatico with their vision. They presented a list of requirements, chief of which was to create beautiful open spaces with an emphasis on sculptural design.

Vernon Applegate, of Applegate Tran Interiors, says from the beginning the designers knew they could never compete with the home's magnificent view. Instead, they needed to feature it from every room in the house. So the interior has been designed to offer a breathtaking panorama from the living room chairs, the kitchen sink and the master bath. Inside the front door, where once there was a wall and an entrance into a powder room, there is now a clear view of the ocean.

Applegate says the new open plan meant that instead of using walls to divide the living area, rugs, furniture, floors and lighting now denote individual spaces. For example, a conversation area in the living room is marked by a woollen rug.

The fireplace is open on two sides, with an L-shaped mantel that doubles as additional seating. Around the fireplace distinctive works of art have been chosen specifically for this space. Applegate says the clients had some art before the renovation, but many pieces were bought with particular spots in mind. 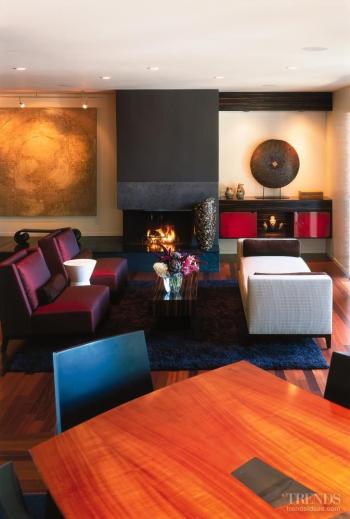 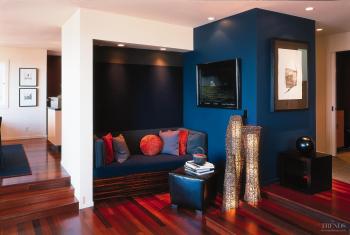 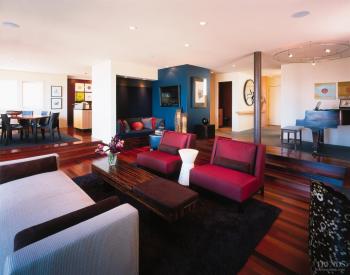 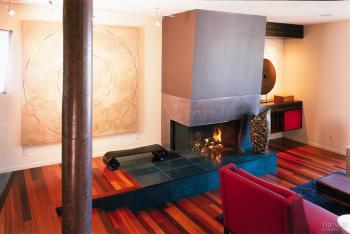 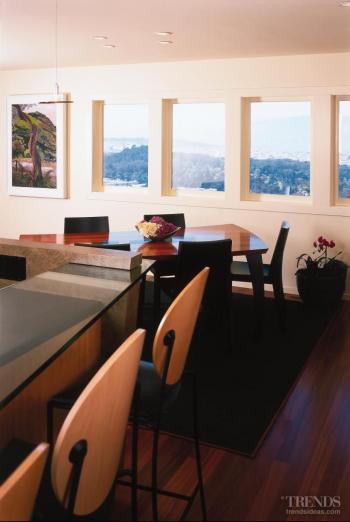 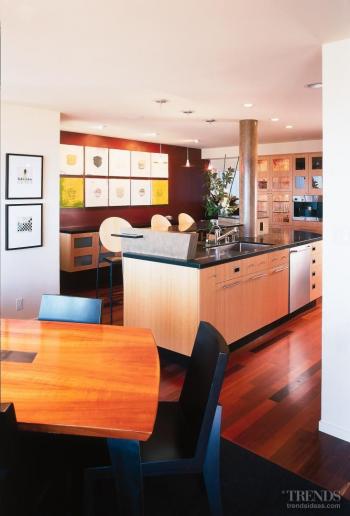 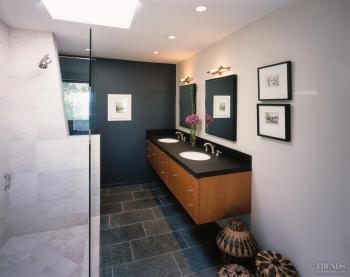 The art collection has a distinct Pacific Rim flavor, which reflects the home's location on the edge of the ocean. In the fireplace zone, a Chinese scroll prayer table stands on the mantel, and a painting by American artist Chris Cox hangs above. The Filipino vessel in front of the fire is made from drilled coconut shell.

Throughout the living room, warm color tones have been used to balance, rather than compete with, the floor-to-ceiling window that dominates the room. Color is also used to mark out zones, as on the two-tone wall that contains a comfy sofa in its cozy niche.

A grand piano is highlighted by a track lighting system designed to add whimsy and drama.

"Lighting is a key aspect of the design. It has been used to bring everything to life," Applegate says.

The emphasis on beauty is carried through to the kitchen, which was named an NKBA Kitchen of the Year. It has been designed to keep the practical aspects of this working space concealed from the relaxation areas. All of the appliances have been placed along the wall furthest from the dining table. A row of wooden cabinets with glass insets is cantilevered above the floor, functioning as kitchen cupboards but offering a furniture look.

The structural pillar in the center of the kitchen, covered with polished concrete, conceals all of the plumbing pipes and electrical wires that connect to the large island.

Many of the motifs and materials used in the kitchen, such as the black granite countertops, the cantilevered cabinets and the displays of art work, are repeated in the bathroom upstairs. Continuity was paramount when designing the home's interior, Applegate says.

"We wanted there to be a seamless design throughout the home, rather than a series of separate rooms," he says.

They also didn't see their role as limited to designing the interior. Applegate's design partner, Gioi Tran, created an acrylic painting that hangs in the stairwell and is entitled Reflections of Light.