When contemplating the best design for this holiday home perched on land at the end of a peninsula, it would have been hard to ignore the sea gently lapping up against three sides of the property.

Owner Bill Sharpe had enjoyed a long association with the site of his new holiday home on the shores of the Coral Sea. Developed in the 1960s and known as the Mandalay Coral Gardens, it had been a tourist attraction where visitors could see coral growing in ponds dotted around the waterline. Over the years, various family members had stayed there or worked in the Gardens.

"Standing on the land was like being in a boat, and we wanted our design to capture this nautical feeling," says Sharpe.

"From above, the house looks like a series of overlapping, curved sails. Columns around the edge of the house were moulded into an aerofoil shape to represent the masts of a ship," he says.

The free-form shape of the house folds into the land, with the result that it blends naturally with the site. 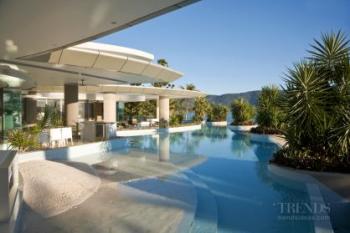 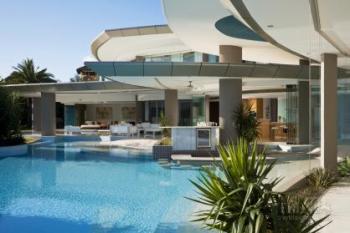 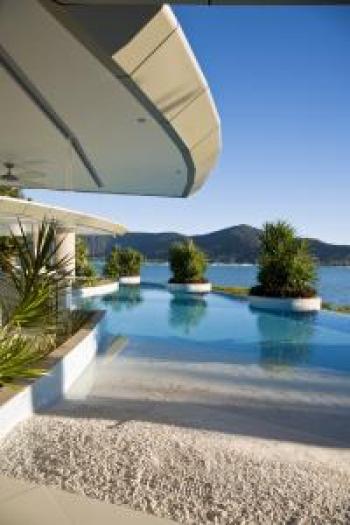 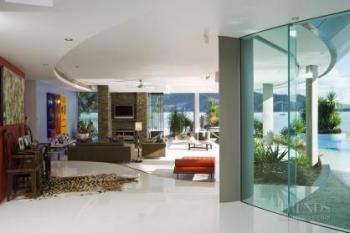 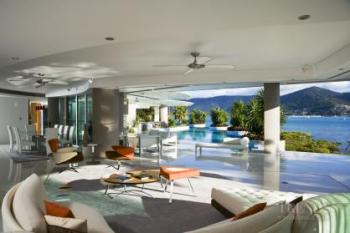 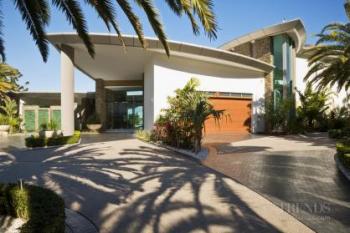 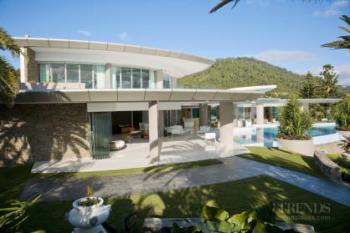 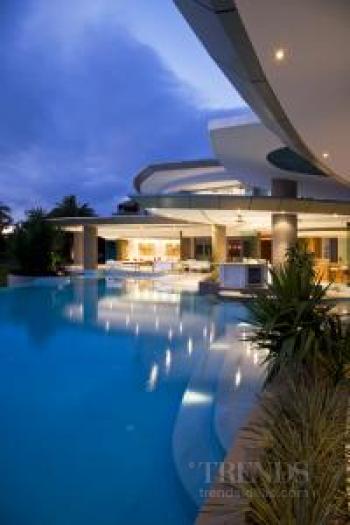 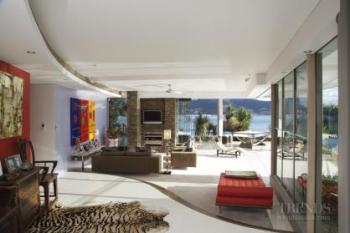 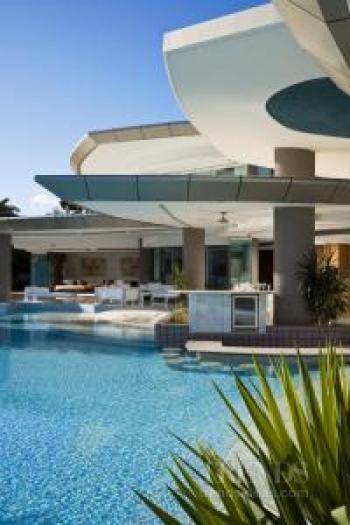 Between the house and the sea, a swimming pool wraps around the outer edge of the terrace and living areas. From here the infinity-edge pool and the sea appear to flow together.

The design also takes account of the tropical climate. Glass doors along the entire water frontage of the house slide open and stack, creating a 40m-long opening between the kitchen and living areas, and the terrace and pool.

Large eaves, created by extending the roof out over the pool, help to keep the house cool and shaded during the heat of the day. To protect the living areas and verandas from the western sun or for extra privacy, louvres recessed into the outer edge of the overhang can be lowered by electronic control.

One part of the pool edge forms a bar, and the roof provides shelter from direct sun and rain for bar stools in the water.

Inside the house, air conditioning is concealed behind an American white oak grille that follows a curved bulkhead.

As well as formal and informal living spaces, the house also has four bedrooms, a cinema, a caterer's kitchen and wine cellar. Ten metres from the living area is a 24m deepwater berth, and a helipad, gymnasium, office and guest house are also part of the property.