When a bungalow is nearly a century old, you can be sure it's gone through a few changes in its time.

The family bathroom in this bungalow built around 1920 was last remodelled 32 years ago, by renowned architect Paris Magdalinos. Fast forward three decades and it was time for a total makeover.

The homeowner called in Fraser Cameron Architects to reconfigure the bathroom to better suit his requirements.

Belinda Ellis, the practice interiors consultant, says a new bath was on the list – to replace one that had been removed in the previous renovation.

"The owner also wanted a better quality of light," Ellis says. "And it was important to respect the style of the bungalow, which features a lot of native timbers. It also has an Art Deco heritage, as a result of work done following the Napier earthquake in 1931. 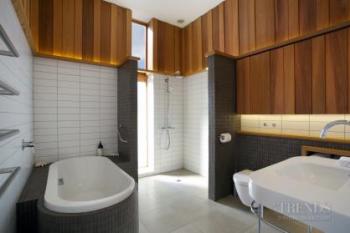 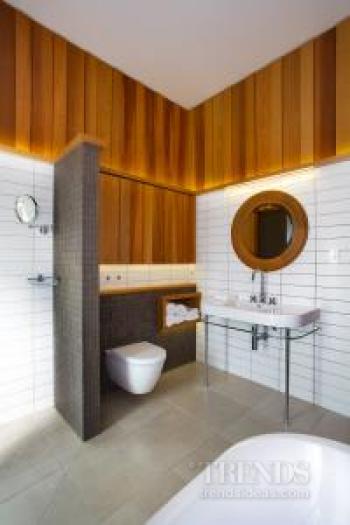 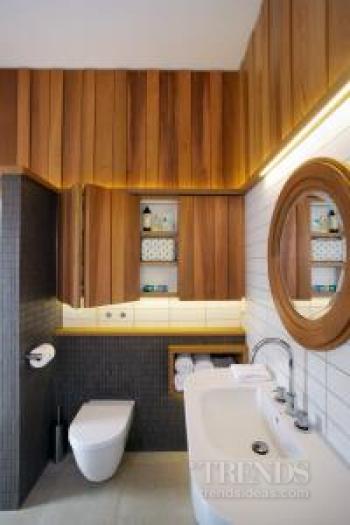 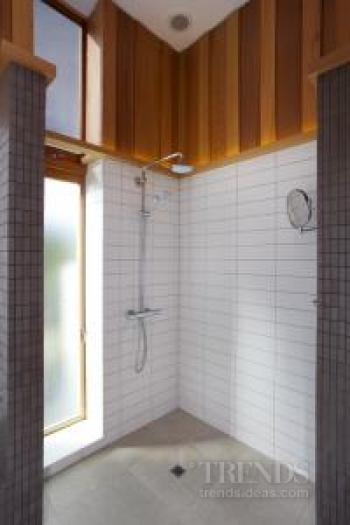 "Our design intention was to create a handsome, yet functional family bathroom, achieved through careful detail and a masculine palette."

Oiled western red cedar, in irregular-depth shiplap, was chosen for its visual warmth, texture and similarity to native timbers in the house.

"The cedar forms a band around the top of the room, which is like an inverted version of the way wood panelling was used originally around the base of a room," says Ellis. "Uplighting enhances the visual warmth of the timber."

Cedar also forms a cabinet and towel box, both of which are recessed into the wall.

The cedar is teamed with fresh white 100mm x 300mm tiles, which line the vanity wall and the wet area shower. Semi-freestanding walls separate the shower from the toilet, vanity and bathtub are clad in grey finger mosaic tiles.

"The tiler also laid mosaics around the end of the tub, cutting each tile individually to accommodate the curve," says the architect. "Both the tiler and builder had to work with the fact that nothing was square, as is often the case in an older home."

A pared-back pedestal vanity with a chrome stand offers another link to the past, but it is teamed with contemporary tapware and a modern, wall-hung toilet.

An existing tall window, designed by Paris Magdalinos to frame a Norfolk pine view, extends to the ceiling bringing in plenty of natural light.