Houses built around the turn of the last century were often character filled, but their bathrooms left much to be desired. There was no such thing as a master suite, and bathrooms were invariably small and not conducive to lingering.

This bathroom was inspired by the traditional, marble-lined bathrooms of that era, but that is largely where any similarity ends. Designer Mark Williams says the house, although new, is in a neighborhood of older character homes and was designed in a similar style.

"The bathroom needed to reflect the traditional look of the house," Williams says. "But at the same time it had to respect the way people live and use the bathroom today. And because the house was to be sold, it needed to have a neutral palette that would appeal to a broad range of potential homeowners."

Williams made changes to the original plans to create a vaulted arch that forms a centerpiece for a freestanding tub beneath an arched window. Lined with Carrara marble tiles of two different sizes, the arch also features deep-set niches on either side for traditional sconces. The niches have an antiqued mirror backing that enhances the romantic look.

"The bathroom is very large and the arch provides intimacy for the bathing area, and helps to make the overall space seem less cavernous," says the designer. "The use of different Carrara marble tiles, including basket weave tiles in areas such as the shower room and tub recess, also helps to break up the expanse of white, and defines key areas in the bathroom." 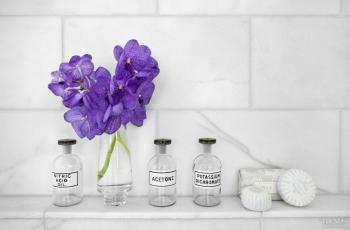 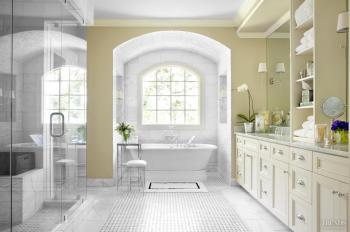 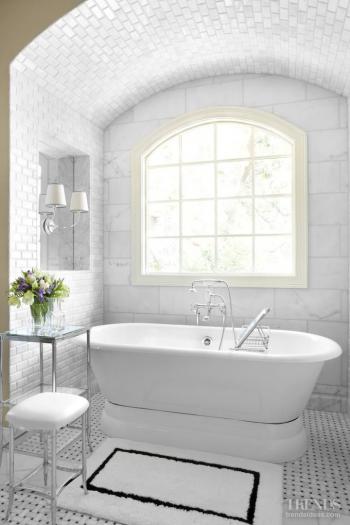 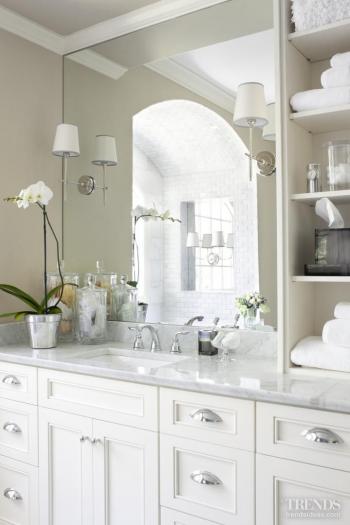 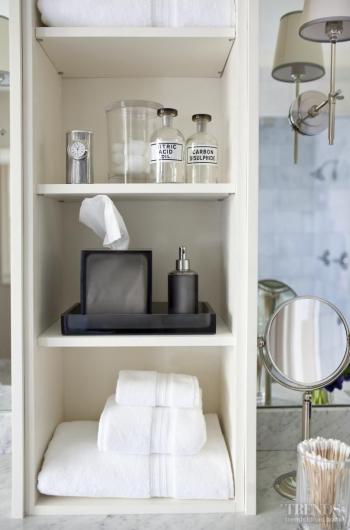 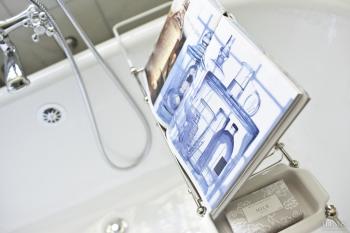 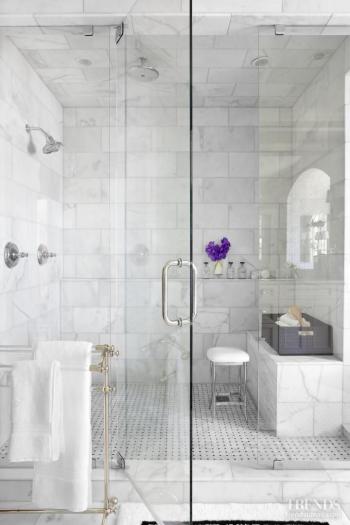 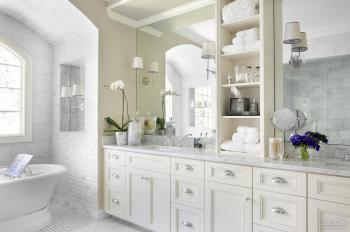 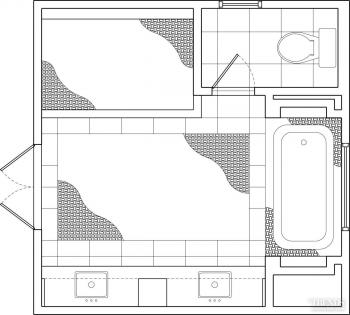 To avoid a harsh, clinical look, Williams chose to paint the walls a warm off-white shade and the vanity in linen white.

"These soft colors help to warm the space visually so it is an inviting place to linger," he says. "The lighting was also specified to provide task lighting over the vanity and a more subdued ambiance. For example, the sconces can be dimmed to enhance the sense of retreat."