Concrete paths running across this garden help to unify the home, which is made up of two previously separate, semi-detached properties

Banded together Discover this article's resources 0

From a construction point of view, the logistics of combining two semi-detached houses into one dwelling are reasonably straightforward. The challenge often comes in creating a unified street frontage for the resulting home.

The owners of the two cottages featured here dealt with the aesthetics of physically joining two houses with two different front façades before calling on landscape architect Mira Martinazzo to help unite the gardens. The two properties are on slightly different levels and the façade of one home is a little closer to the street than the second.

"Because these are older-style houses, and we love cottage gardens, we wanted a traditional look, with old-fashioned plants and colour all year round," says one of the owners.

"While we wanted something that would be fairly easy to look after, we do enjoy gardening and are happy to do ongoing maintenance to keep it looking good," she says.

A crab apple tree close to the centre of the front garden was retained to provide a feature. Everything else in the existing garden was removed. 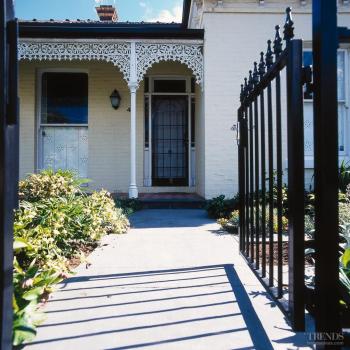 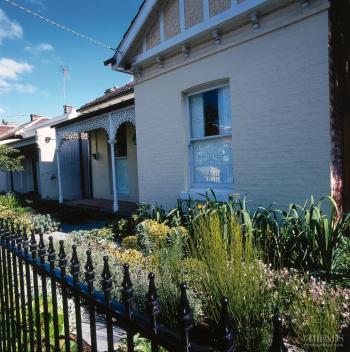 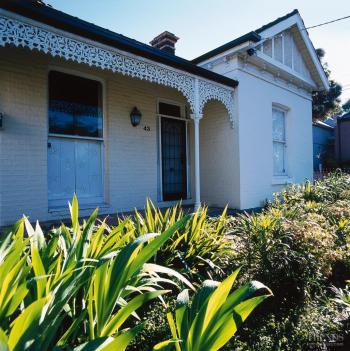 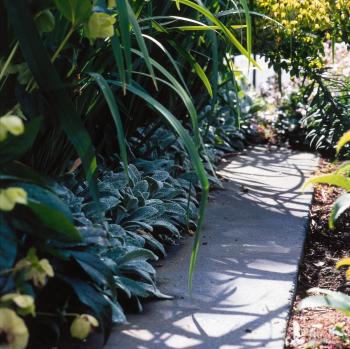 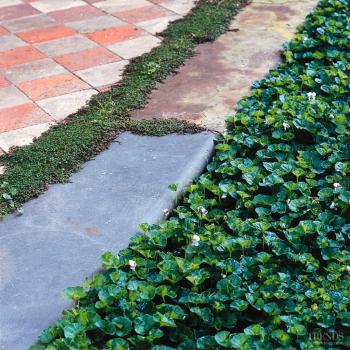 Martinazzo designed a structured garden with 30cm-wide concrete bands running across the space, parallel with the street and house. A short, straight concrete path, sandblasted and sawcut so that it looks as though it has paving joints in it, leads up to the front door, intersecting with the bands along the way.

"These bands provide a sense of cohesion between the two different house façades. To accommodate the changes in the gradient of the garden, they have been designed to slope and skew at the middle point," says Martinazzo.

To ensure the visual impact of the bands within the space is subtle, the concrete has been coloured a charcoal grey, matching paving used in the back garden of the house.

Flower beds between the bands are planted in a wide and colourful variety of seasonal flowering plants, including iris, euphorbia, geranium, restio, nepeta, bergenia and stachys. These are mainly perennials, therefore don't need to be replanted every year.

The rest of the plants are evergreens, including several species of hostas and hellebores. These help to reduce the amount of maintenance required. They also provide a year-round green backdrop for the flowering varieties. Ajuga provides a thick, dark groundcover that helps to keep down weeds. Because the garden faces south, plants all needed to be tolerant of shady conditions.

The loose and unstructured nature of the planting helps to soften the geometry of the paving and create an informal look.

"Paths through the garden were designed to be narrow so they would be relatively discreet among the plants, and overhanging foliage softens the edges," she says.

The looseness in the planting also makes it possible for the owners' children to play in the front garden without spoiling the effect. Any damage to plants can be easily disguised.

In addition to providing a visual link between the two properties, the bands also serve as maintenance paths, providing easy access to the flower beds.