Classic with a modern twist

It is impossible to please everybody, yet the power of creativity lies in the endeavour to achieve the impossible. Sometimes the attempt is successful and a design comes together in a way that there is something for everyone.

Designed by Riyaz and Simeen Quraishi, this four-bedroom, 345m² show apartment in Hyderabad is a display of this achievement. A show apartment must appeal to every taste since there is no specific client or brief and its impact must be immediate and lasting.

"Not everyone connects with Modernism. Some clients prefer to retain a traditional look in the interiors. As a general rule, villas have a more classical look compared to apartments, which more readily accommodate contemporary design. We wanted to create the impression that this apartment is nothing less than a sky villa, so we decided to fuse both the concepts," says Quraishi.

A key aspect of the apartment is its space planning. The layout has been modified to ensure a greater net usable area, after taking account of the furniture. Quraishi believes circulation space in an apartment is wasted space: ideally, there will be minimal movement lines. The idea is to design the layout in such a way that there are no large pockets of empty spaces or movement lines crisscrossing a conversation zone. For this reason, at the very initial stage of construction, the interior consultants suggested the columns be repositioned.

The essential theme is the use of classical elements in a fundamentally urban apartment. They create a balance with the modern features of the house. The flat surfaces form a striking example – while the ceiling and flooring remain muted and neutral. The walls in each area have something unique and elaborate. 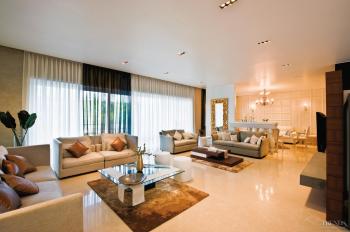 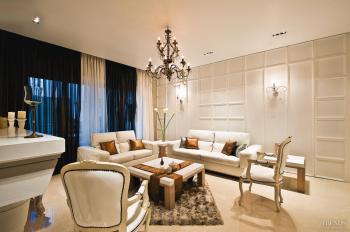 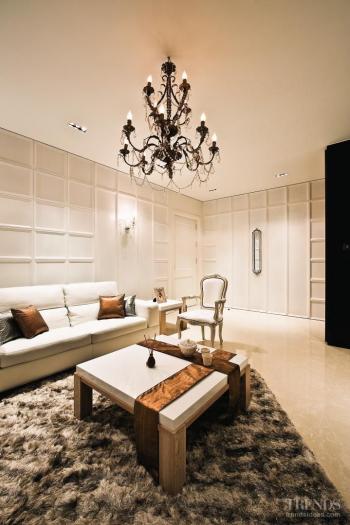 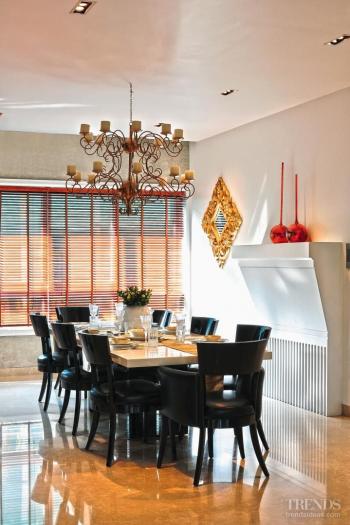 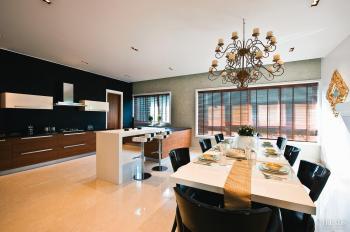 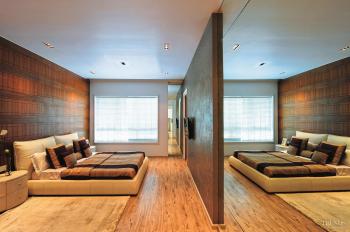 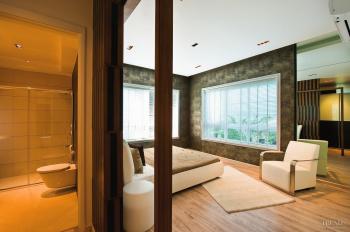 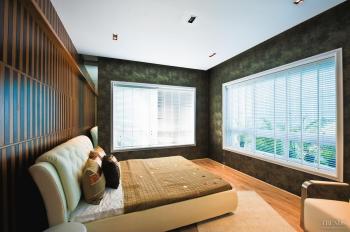 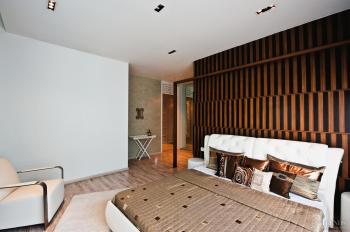 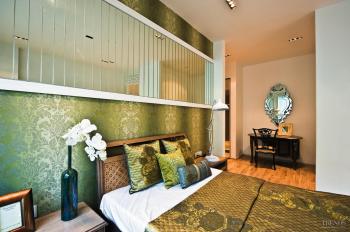 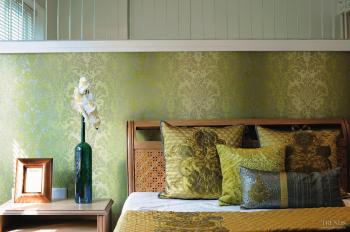 The same concept is evident in the use of space, which is comparable to a sky villa. A sprawling balcony overlooks botanical gardens.

Quraishi has, however, chosen to eliminate an independent drawing room and make the spaces more interactive, in keeping with modern lifestyles.

Thus, the main seating area extends into the family area, while a balustrade divider indicates the possibility of having a separate drawing room if the homeowner wishes.

"Also, a false veneer wall in natural teak has been used to separate the kitchen and create a panel for the television. This creates the option of having an open or enclosed kitchen which flows into the rest of the design irrespective of the option taken," says Quraishi.

The apartment opens into a large living room, which has a lavishness that is offset by a balance of modernity. Furniture is neutral and highlights a fundamental principle of Modernism: practicality. The drapes are equally simple, says Quraishi.

"We decided to use the modern language of white in these spaces. For example, the panelling at the far end of the living room does not have the polished wood finish which would have made it classical in style."

Accessories have been used to create an appearance of extravagance. A console has been carved in wood in great detail, as have the gilded mirror frames. The gleaming candles of the bracket lights also add to the traditional feel. The most elaborate features are the light pieces in the family seating area and the dining area. The pendant light with its refracting crystals is reminiscent of an age long past.

By contrast, the kitchen is ultramodern with extremely light storage space. The apartment is equipped with an independent storeroom, and has a separate room for domestic staff. The layout provides for separate access to the kitchen from outside the house via a back door.

While the designer has cleverly concealed the kitchen by placing the refrigerator to hide it from view, it flows seamlessly into the dining and living areas.

Of the four bedrooms, two have been designed with a classical theme. All the bedrooms have a beige-grey wood flooring. The doorways have a floral motif carved in wood and painted white. The use of colours in each room is limited to ensure smooth transitions from one space of the house to another.

The master bedroom has a four-poster bed which stands in contrast to the white panelled wall behind it. A walk-in wardrobe has been provided for storage space.

The second bedroom is highlighted by its bottle-green colour scheme. It has a classic bed with a cane backrest. To contrast the colour tone, the designers have used white window blinds.

"The remaining two bedrooms have simple beds. We've provided a panelled wall behind the beds, featuring three different veneers. The wall wraps from one end of the bedroom to the other, which gives the impression that this decorative feature extends to all the four sides of the space. This creates a highlight in the room and the appearance of an independent, stand-alone element," says Quraishi.

The tiling in the bathrooms is simple and neutral and these spaces do not draw excessive attention to themselves. The rationale for this is to make it feasible for the builder to provide interiors of a similar quality in each apartment – as well as ensuring the decor appeals to as wide a range of potential purchasers as possible.