Back to the future

Back to the future Discover this article's resources 0

Sometimes it takes a lot of vision to see the potential of a run-down property. But when the location is good, there's an added incentive to tackle a restoration project that others might walk away from.

Such a scenario confronted the owner and architect of the building featured on these pages. Originally built in 1850, and formerly a bookbinder's premises, the building was an abandoned, derelict shell when acquired by Dennis Karbach.

Its position in the heart of downtown Austin, Texas was a drawcard, however. And architect Tim Cuppett could also see a future for the long, narrow building that was just 21ft wide, but 150ft long.

"The premises, which had been owned by the same family since 1850, were extremely derelict," Cuppett says. "The first floor had been a greasy restaurant at some stage, and the upper two stories had long since been abandoned to the bats and pigeons. But the building did have a significant, recorded history.

"We knew we could do something dramatic with the space. The main challenge was to transform what was effectively a dark cave, into pleasant, livable spaces that would be nicely proportioned. We also needed to introduce natural light to each floor." 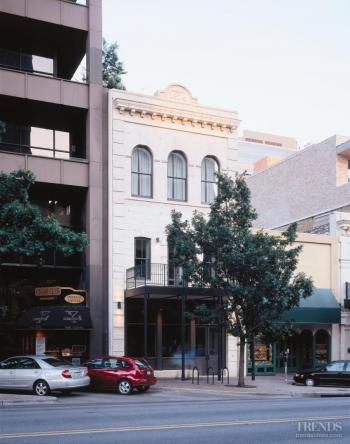 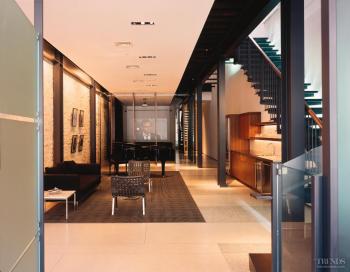 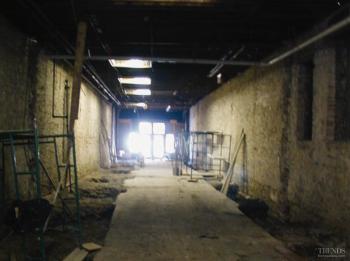 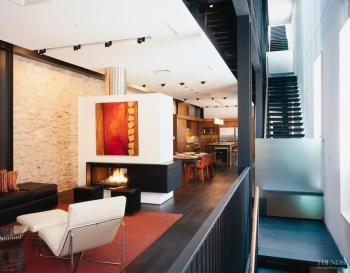 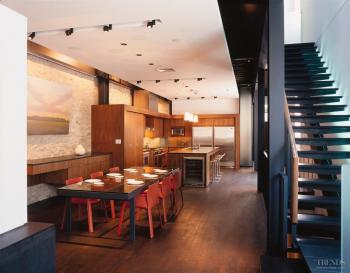 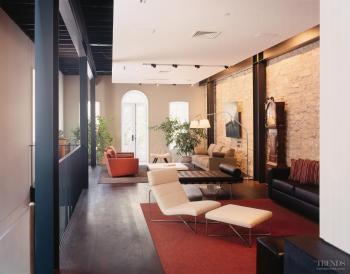 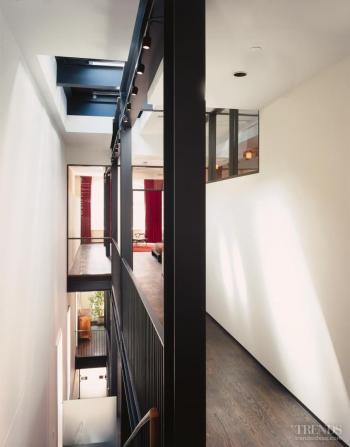 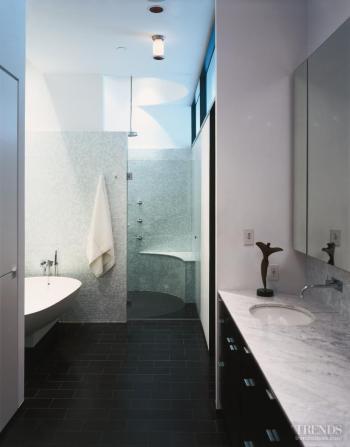 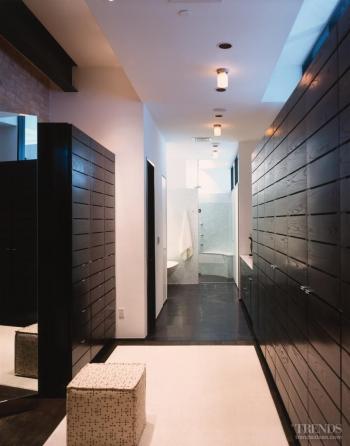 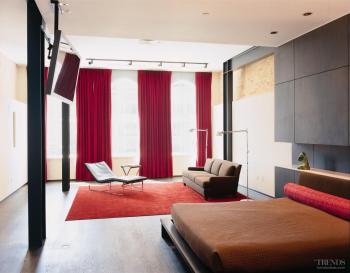 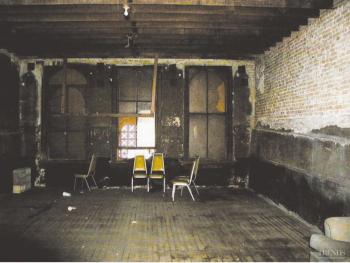 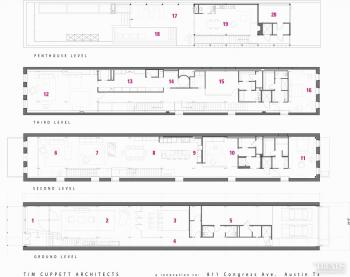 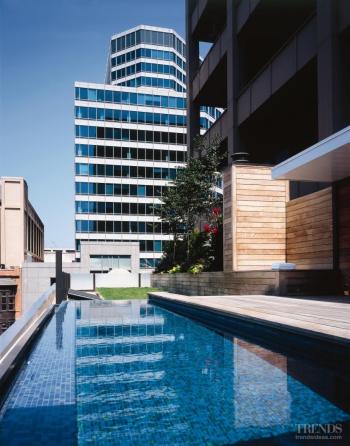 Not surprisingly, considering the age and condition of the building, the structure was unsound. Consequently, a new steel frame was built to support the new floors and a rooftop swimming pool.

The front facade was peeled back to reveal the original limestone structure behind – an unexpected bonus. With the help of historic photographs, a new pediment was built to resemble the original facade.

Existing rubble limestone walls were also able to be retained, and are now on show in the living areas. The new structural steel is also exposed.

"The rhythm of the steel columns helps accentuate the length of the floors – it exaggerates the perspective," says Cuppett. "The columns also enable us to expose the existing wood joists around the perimeter of the building, giving glimpses of the old within the new interior. Ceilings are suspended for the same reason, and to conceal services and ducting."

The open steel staircase allows light to penetrate through to all levels.

"The stairwell acts as a light shaft, which helps to link all four stories – both figuratively and literally," says Cuppett. "On the top floor, dappled sunlight is introduced by skylights at the bottom of the rooftop pool. Further down the stairwell, the soft blue light created by the pool is reinforced by fluorescent lighting and color filters. It's a very cool light that helps balance the warm tones of the decor and the old wood floors."

As the owner entertains frequently, the ground floor is designed as a reception area. A home theater at the rear can be closed off from this space by full-height pivoting doors.

"The first floor is right on the street, in the heart of downtown, so it provided an ideal entertainment space," says Karbach.

Etched glass windows, a terrazzo floor and the exposed steel introduce a sleek simplicity to this floor. Cuppett says the materials were chosen to contrast the heavy, rough texture of the stone walls, and to provide polished finishes for the more public spaces.

In the private living areas on the second floor, the palette is a little warmer with the use of quarter-sawn white oak floorboards dyed a dark shade.

"We didn't want to reduce or hide the length of the space," says Cuppett. "But the fireplace provides a degree of separation, and makes the floor look less like a mobile home. The fireplace also provides a place to hang art."

To enclose the kitchen within the overall space, a canopy links the American walnut cabinetry. A 14ft island provides plenty of countertop space and also functions as a casual dining area.

Bedrooms on the third floor include the large master suite. A canopy ceiling above the bed helps to make this space more intimate. High transom windows allow light from the pool skylights to dapple across the gallery leading to the bathroom.

The roof, or fourth story, provides outdoor entertaining facilities, including the lap pool and a fully self-contained penthouse cabana. A swathe of drought-resistant grass and trees in planters enhance the relaxed ambiance.