Back to basics – farmhouse references

Back to basics – farmhouse references Discover this article's resources 0

The countryside in Martha's Vineyard is dotted with traditional farmhouses, many of which date back centuries. These homes are often simple, modest buildings with minimal embellishment – their form is dictated by their function.

With just a little updating, it's an architectural vernacular that sits well with modern lifestyle requirements, as this property illustrates. Designed by Philip Regan and James Moffatt of Hutker Architects, the house takes its cue from the pared-back regional architecture.

Regan says the house, a second home for the owners, was conceived as a series of simple gabled forms with layered detailing designed to break down the apparent mass of the larger two-story volumes.

"Positioning porches on the corners, for example, helps to bring down the scale of the house. Similarly, the rooflets and shingle swoops above the bay windows create shadow lines that help to minimize the size. A change of materials also creates light and shadow – there is a mix of copper roofing and asphalt shingles."

The siding features cedar shingles that have been treated with a light bleaching oil so they are a gray color. These will weather over time. Textural contrast is provided by granite fieldstone beneath the bay windows. 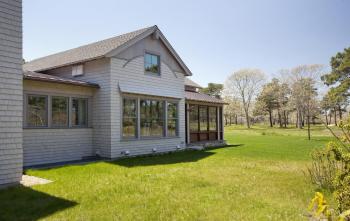 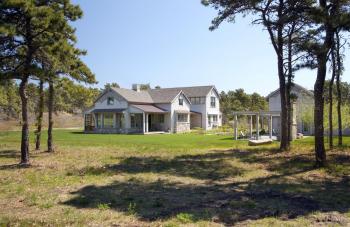 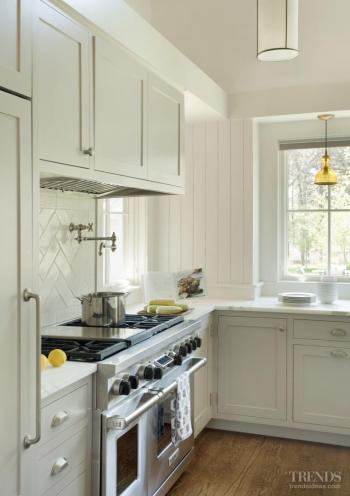 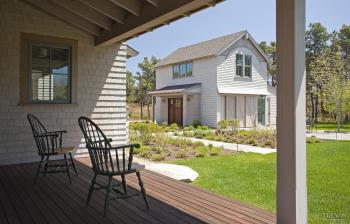 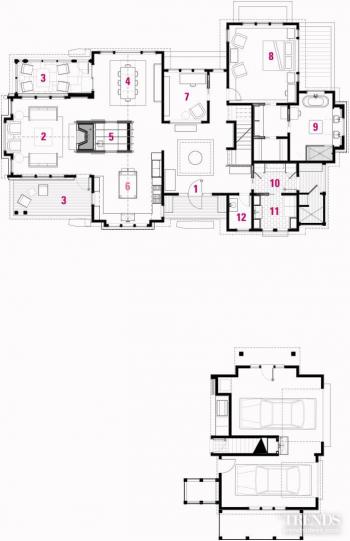 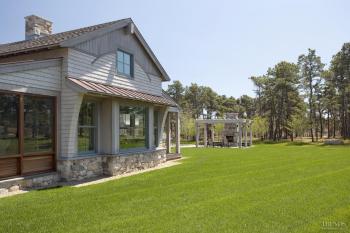 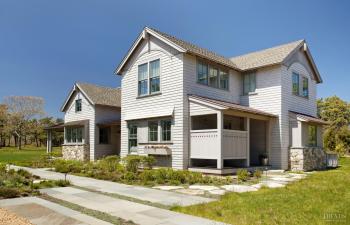 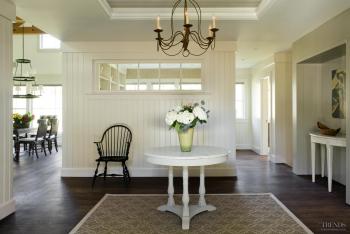 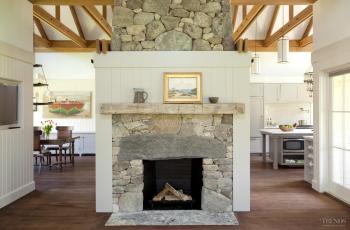 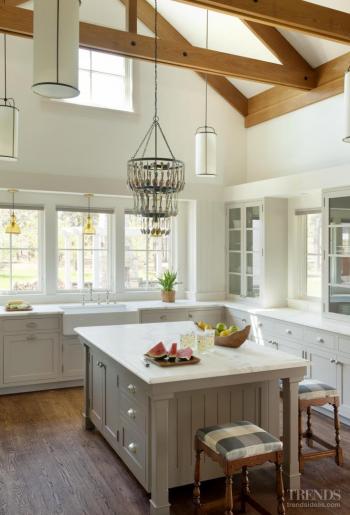 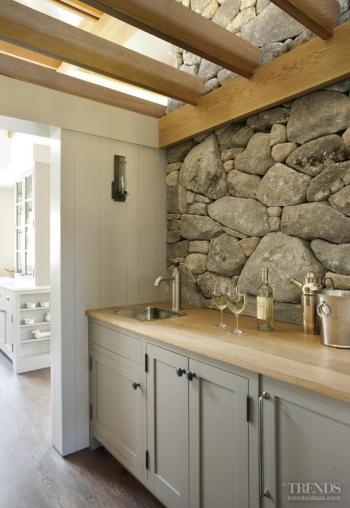 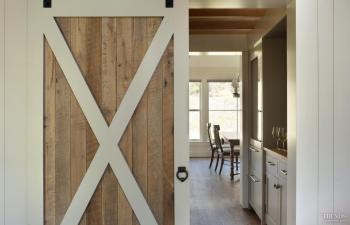 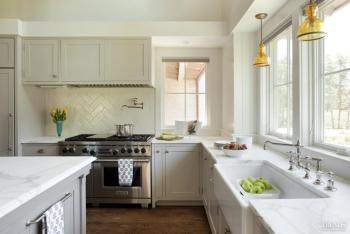 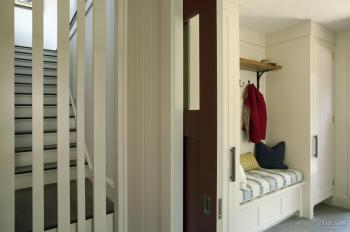 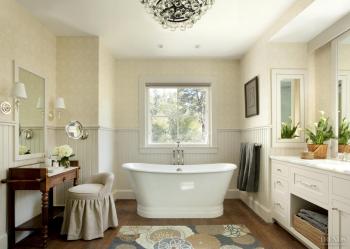 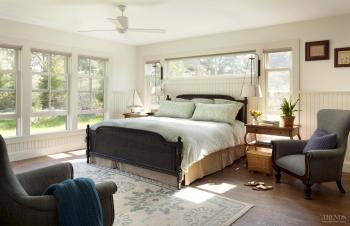 "Martha's Vineyard is littered with granite fieldstone – it was once used to define the boundaries between farms, and is now a protected material," says Moffatt.

For added visual interest, the team introduced curved detailing to the gabled ends of the buildings. Regan says these were originally designed to hint at the nature of the exposed trusses inside, but in the event the architects opted for angular beams and trusses.

Creating a strong link between inside and out was a priority.

Regan says that right from the outset, the architects wanted the house to evoke a sense of curiosity.

"There needed to be a story behind the design – a reason why something looks or works the way it does," he says. "Much of this relates to the architectural vernacular. For example, the small room behind the large stone chimney references the traditional wood box in a farmhouse. This was the place where wood was stored, and there was always a rolling, barn-style door to the box. We introduced such a space to the back of the chimney and equipped it as a butler's pantry. It is open to the kitchen, dining and living rooms, yet provides a buffer between these spaces. And because it has no ceiling, you can see the stones reaching up the full height of the room."

The spacious living areas are defined by the large, exposed oak rafters and trusses. Similar wood reappears in other parts of the house, in a simpler form, such as collar tie connections.

"There is a hierarchy to the detailing," says Moffatt. "So, while similar materials appear throughout, their significance is greater in the public areas."

Other traditional features include a formal, white-painted entry hall, which is a nod to the rich architectural heritage of nearby Edgartown – an historic whaling settlement.

Shaker-style cabinetry and V-groove paneling in the kitchen and bathrooms reinforce the authenticity of the interior. Other fittings introduce a touch of whimsy, notably the fork and spoon light fixture in the kitchen.