Away from sight Discover this article's resources 0

As its name suggests, the living room is where most people spend the majority of their time at home. For this reason, any adjoining spaces should be attractive to look at.

Double-height ceilings and large windows overlooking the city made the living room in this loft apartment an inviting space to spend time in. However, the adjoining kitchen was unattractive. Rather than redesign the layout in relation to the living room, as would be the more usual practice, Andreas Charalambous of Forma Design decided to adopt an out-of-sight, out-of-mind philosophy.

"A window cut out of the wall put the unattractive kitchen in full view of the living room. Instead of removing a wall or expanding the kitchen, I blocked it from sight."

When in the kitchen, the homeowner liked to be able to interact with guests in the living room, so Charalambous left a slot in the wall between the two rooms. As the kitchen is two steps down from the living space, this slot is at eye level from the kitchen and creates a shelf that can act as a breakfast bar on the living room side.

"The shelf continues along the living room wall, to become part of the fireplace surround. By reducing the size of the opening, we also made room for another set of overhead cabinets in the kitchen," says Charalambous. 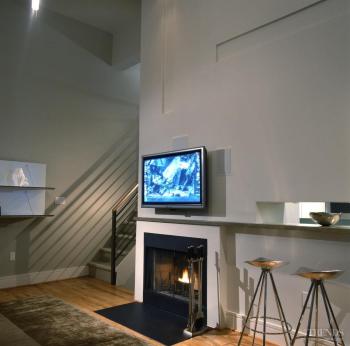 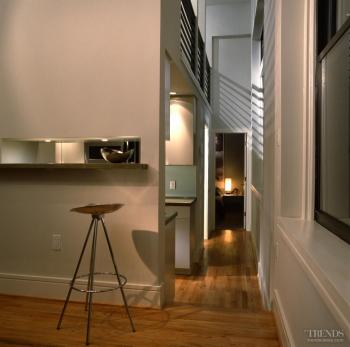 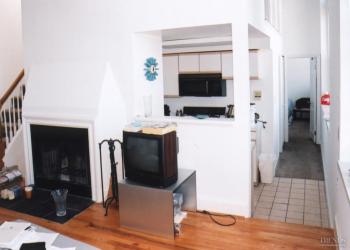 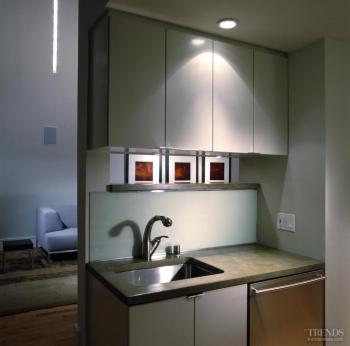 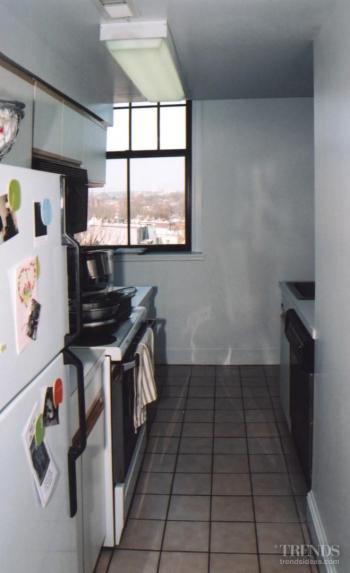 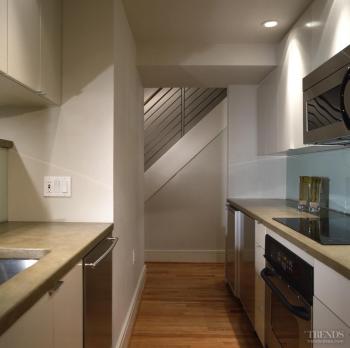 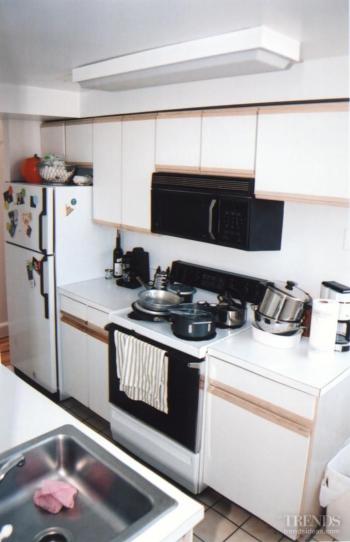 A large refrigerator was the dominant feature of the kitchen, which also lacked counter space. The architect replaced the refrigerator with two, smaller under-counter Sub-Zero models, and made room for an extra countertop.

"The existing overhead cabinets were all of different heights and felt imposing in the room. These were replaced with handleless cabinets that are aligned along the bottom and painted in the same color as the walls, giving the illusion of more space."

To link the kitchen with the rest of the house, flooring was changed to white oak.