Universities are no longer the ivory towers of yesteryear, where students were cloistered away on a campus that had little connection with the surrounding metropolis.

Today, the opposite applies. Universities not only bring life to the city, they also open their doors to the public and actively encourage the sharing of amenities and services.

Not surprisingly, these changes are influencing the design of modern university buildings, such as the Sir Paul Reeves Building at the Auckland University of Technology (AUT) – the new centre of learning for digital media, communications, advertising, radio and television.

The project, which was designed by Jasmax, has transformed the campus, integrating existing facilities and providing amenities that reflect AUT's positioning as the "University of the Changing World". It has also transformed the way the campus is integrated with the city, says architect Chris Scott.

"The building fills in an area that was formerly a large hole in the campus that you had to walk around – it wasn't pretty for the campus or for the city," Scott says. "The area also featured car parks, workshop buildings that dated back to the '50s, and the campus rubbish collection facilities." 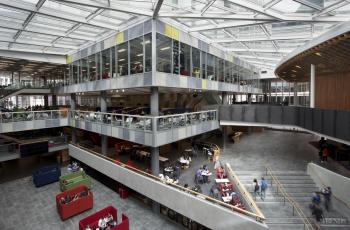 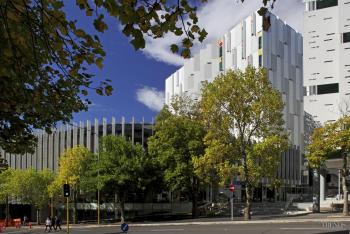 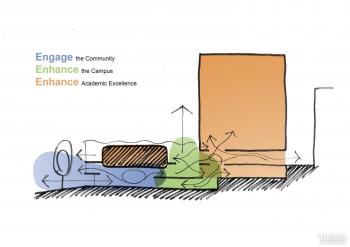 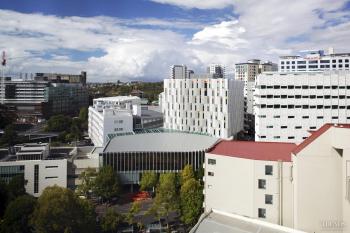 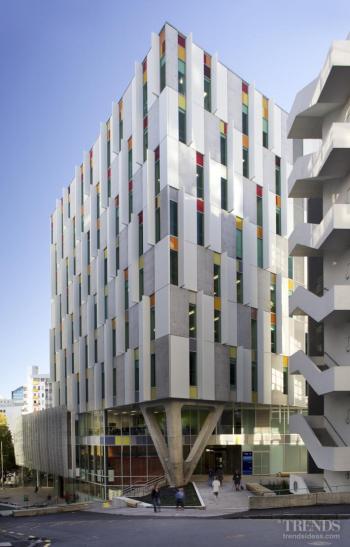 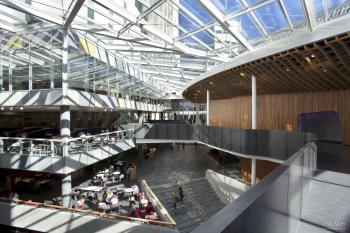 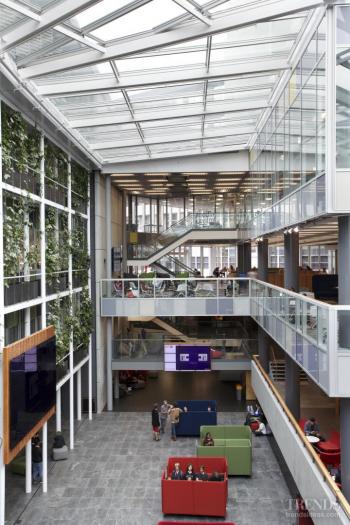 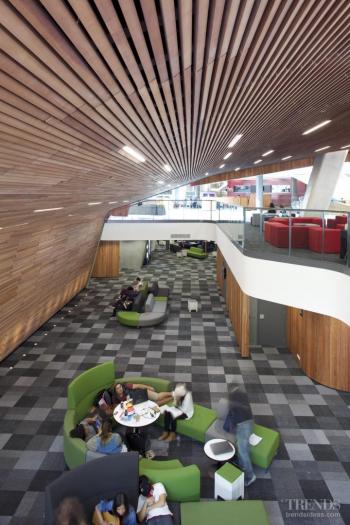 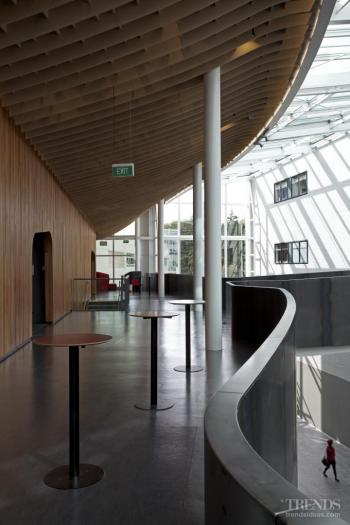 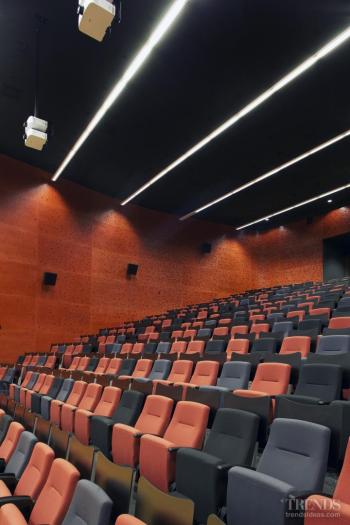 Because the site slopes steeply along the Governor Fitzroy Place frontage, AUT redeveloped the public street to create a terraced pedestrian plaza for the city. With two cafés, wide steps and outdoor seating, the plaza presents a defined, inviting entry to the university. It also connects the new building with the Business School and the AUT conference facilities.

"The university doesn't stop at the edges," says Scott. "Surrounding amenities, cafés and retail stores are used by students and staff. The campus also provides vibrancy and a public amenity, and is an integral part of the city – in fact the Auckland Council refers to the area as a learning precinct."

The Sir Paul Reeves building, to the left of the plaza, follows the line of the street, giving the university a distinctive urban edge.

"The building forms a multilayered front to the street," says Scott. "The large tulip trees create the outer layer, followed by the vertical sunscreens and then the glass, which is very transparent. We felt it was essential to provide visibility both ways – these windows are literally the shopfront of the university. They show off the activity inside, including the timber-lined sculptural form of the theatre box within the podium element."

Bright red furnishings in the breakout areas beside the windows on the upper level also reinforce the vision of a lively interior.

"This area, called The Treehouse, is a place where students can sit and enjoy the leafy outlook back to the city, so it is a two-way link."

On the inside, the need for easy wayfinding with a clearly defined circulation area helped determine the design of the podium level and atrium.

"We provided a modern interpretation of a grand promenade that runs right through the building from the Wellesley Street entrance to the Business School out the other side," says Scott. "On the upper level, a sinuous ribbon of raw steel wraps around the outside of the lecture theatre box, forming the balustrading and enhancing the sense of connection."

In contrast to the rectilinear nature of the floors overlooking the atrium, the ribbon has an organic form – as does the sculptural box housing the lecture theatres and auditorium, which is wrapped in waxed cherry beech wood.

The theatre box includes a 400-seat theatre that can be used for public lectures and performances. Lined on the interior in red-stained plywood, the theatre features high-end audiovisual technology.

"We wanted to put the theatre back into lecture theatre, hence the enclosing shell of red plywood and dramatic black ceiling," says Scott.

Throughout the atrium, on all levels, there are breakout areas for students. These take a variety of forms – from counter stools and shared tables in the café to movable sofas and chairs that can be rearranged by students as they wish. Overhead glazing ensures the entire area is flooded with natural light.

"One of the biggest changes in universities in recent years has been the move to collaborative social learning," says Scott. "Students today don't come to university to socialise, they come to learn, but more often than not, that learning is a shared experience. So every space in this building has been designed to encourage collaboration, communication and the sharing of ideas. Generally, the more time students spend on campus, the better their results. Providing an attractive, technology-abled environment encourages this."

The architect says the palette of materials and colours was chosen with this in mind.

"The building's elemental material palette is dominated by the waxed wood and raw steel, stone paving and raw off-form concrete. These materials provide a robust, durable finish, yet they are also warm and tactile, and they introduce an experiential quality to the interiors. A vertical garden of green vines reinforces the connection with nature.

"Colour is used to represent activity throughout the building, so these raw materials are overlaid with a rich palette of colour in the built-in and stand-alone furniture, with the brightest colours visible from outside."

In further recognition of the changing learning patterns, furniture within the teaching spaces is also more flexible in its design. For example, a glass-walled lecture theatre has an extra row of swivelling seats, allowing classes to change from a lecture format to discussion groups.

"Even in the teaching and learning spaces within the tower block, the emphasis is on group collaboration. Furniture can be moved around to create dozens of different arrangements, from small groups to debating chamber, lecture mode or boardroom," says Scott. "Classrooms are multidirectional, multimedia student-focused spaces where all the furniture is on wheels, and there are whiteboards and screens on multiple walls."

Technology is embedded within the entirebuilding. Students can access Wifi connections from everywhere and in any one class students may be using multiple media and devices to gain and apply knowledge.

"The AUT Media Centre occupies a complete floor in the precinct," says Scott. "This allows students to work together on projects across all media. This reflects the trend of convergence in the communications industry whereby a reporter with a laptop and smartphone can instantly publish a story across all media from anywhere in the world."

Future proofing is built into the design. Scott says both the technology and the building have been designed so they can be easily changed and adapted to cater for future needs.