At one with nature

To find the best building site for this house, the architect camped for three days and nights in a tent at the top of a saddleback – with only the local wildlife for company

At one with nature Discover this article's resources 0

Even when you own 40 acres of prime untouched countryside, choosing a building site still requires a little thought. There are often views to consider, as well as sun direction and natural features that need to be taken into account.

To find the best position for this house, architect Daniel Martinez camped on site for three days and nights. His site analysis included a study of the view corridors, the natural colour palette and the indigenous rock formations. He also tracked the angle of the sun during the day to determine the best possible site and layout.

"It worked out that my tent was pitched in the best spot, which is precisely where the bed is now positioned in the master bedroom," Martinez says. "Having determined those coordinates, I then designed the bedroom wing and worked backwards to plan the more public spaces."

A key factor in the location choice was a grove of 300 established oak trees. Placing the house on a saddleback also allowed for the best views across a valley, which is a renowned wine-growing region.

"Other design influences included the architecture of Frank Lloyd Wright, which the owners love. The way his work acknowledged the local environment – his use of indigenous materials and natural colour palettes, for example – was an appropriate response for this house." 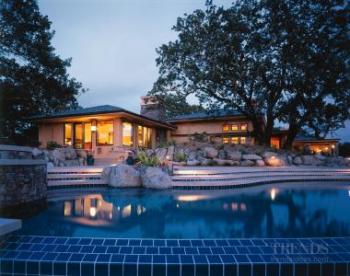 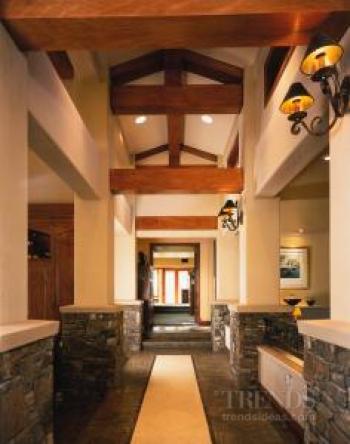 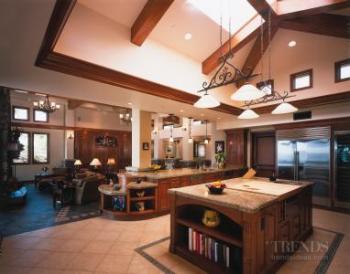 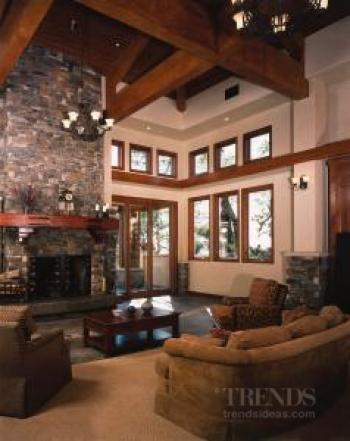 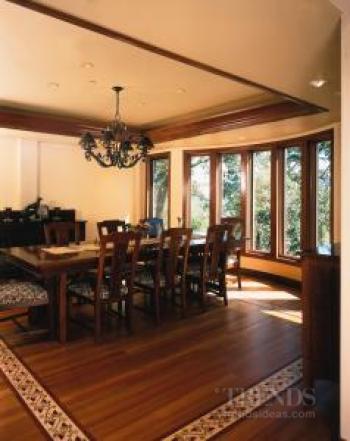 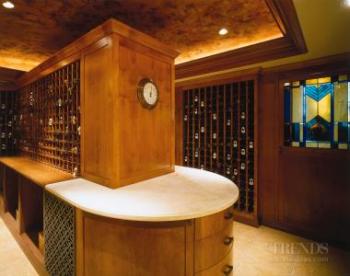 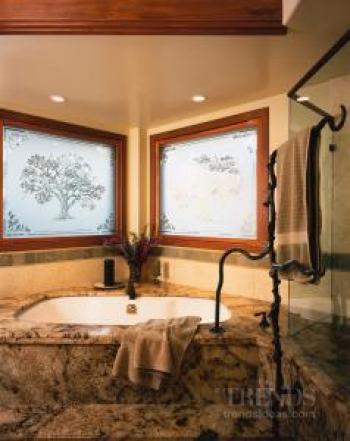 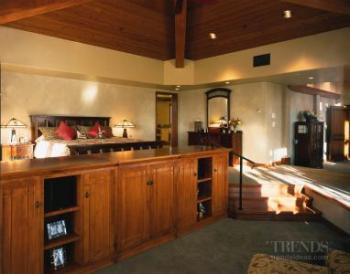 Martinez says the house was tucked into the natural curve of the saddleback.

"We didn't want a huge monolithic form dominating the hilltop. Instead, we opted for a elongated, low, single-storey structure that is designed to be inconspicuous, and is almost hidden among the oak trees."

The building materials reflect the local landscape – the stucco is painted in a colour that matches the natural rock outcrops. Stone was sourced to match the local stone in the Napa Valley, which is difficult to obtain. Even the lightweight slate roof, specified to meet the earthquake code, is coloured to match the bark of the oak trees.

Stone pillars define the entry to the house – an entrance made even more dramatic by the 4.2m glass door, with its large oak tree pattern laser cut in steel.

"The oak motif can be seen throughout the house, which is called Whispering Oaks, due to the sound of the breeze in the trees," says Martinez.

The entrance is positioned to provide visitors with a glimpse of the extensive views out the other side of the house.

"I always like to introduce guests to the view. Giving them a peek at what lies beyond is a way to entice them into the public areas of the house," says Martinez.

Inside, the entrance hall is highlighted by exposed wood beams and trusses, and by solid stone plinths that anchor tall columns – a feature also seen on the exterior.

"Natural stone is used throughout the house," says Martinez. "It helps link the interior with both the exterior and the surrounding landscape."

Not surprisingly, the provision of an easy indoor-outdoor flow was an important aspect of the design.

"Being able to entertain outdoors is an essential part of the Californian lifestyle," Martinez says. "Both the great room and the kitchen open to large outdoor terraces, including a covered dining terrace."

The great room, dining room and kitchen are all in the centre of the house, with the bedroom wings spreading out either side. Exposed beams and trusses in the kitchen and great room create large volumes that belie the low-rise design. A skylight in the kitchen ensures there is plenty of natural light above work areas.

"With such immense volumes, the lighting becomes very important," says Martinez. "Additional daylight is introduced through a series of clerestory windows, and the electrical lighting is designed to ensure the high ceilings don't become dark and oppressive at night."

Wood cabinetry, window frames and mouldings also feature throughout, reflecting one of the owners' love of woodworking. He crafted several furniture items and the large mantel in the great room.

"Incorporating the work of owners is a great way to bring their personality into the design," says Martinez.