Changing an imposing, French country-style house presents its own challenges – especially when there's a need to extend the house.

For this remodeling project, architect Gary Beyerl says the key challenge was to create a large addition for a lakefront house that would not only be an appropriate response to the original building, but also have its own distinct identity.

"While the 1920s house has some wonderful detailing, its sheer presence made it a formidable building to work with," Beyerl says. "The solution was to keep to a consistent theme, working with the vocabulary of the existing house."

This design approach still left plenty of scope, however. The roof lines of the original house, while a similar pitch, varied in size and shape, from small hip-roof and flat-roof dormers, to a traditional Mansard roof and high gable ends. But it was the two existing gabled faces, and the dormer windows above the entrance that helped determine the shape of the addition.

Beyerl designed a very tall and steep gabled end, with traditional, hip-roof dormer windows on either side. The gabled face exaggerates the shape of two other gable ends, giving the addition a strong identity, but one that doesn't compromise the existing aesthetics. A tall, half-round copper bay window, scaled to balance the proportions of the new gable, creates a focal point on the exterior. 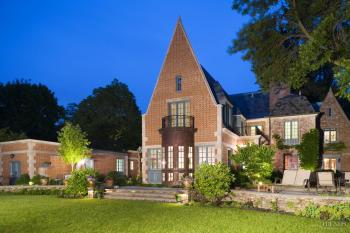 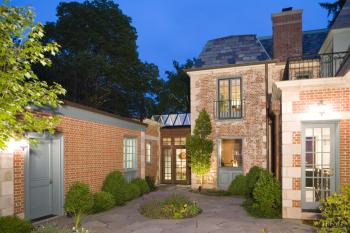 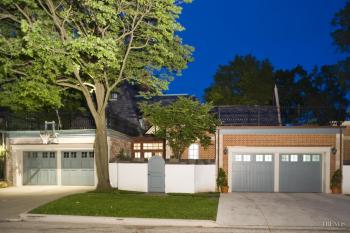 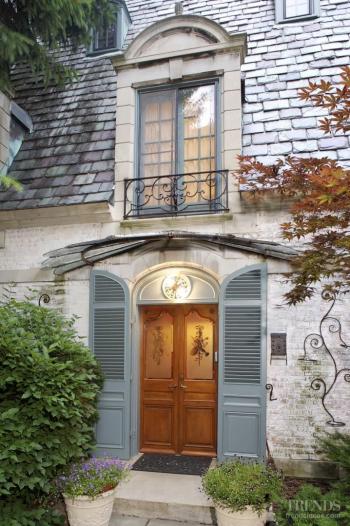 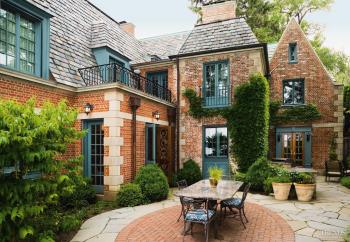 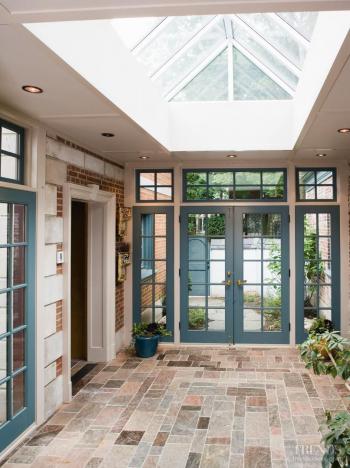 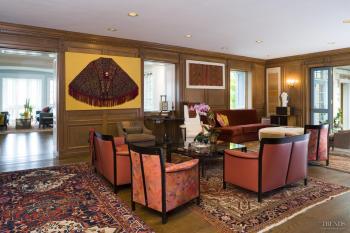 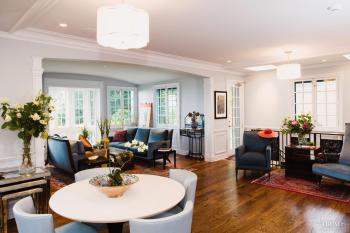 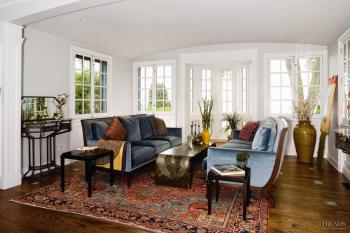 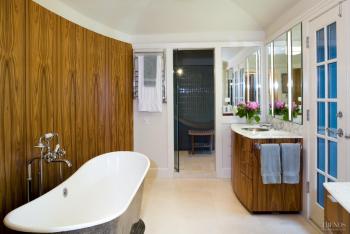 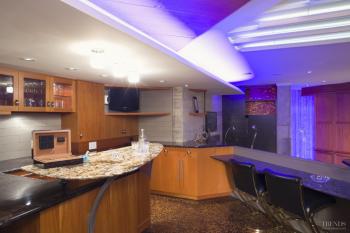 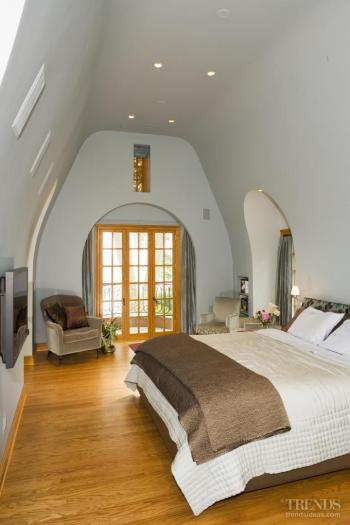 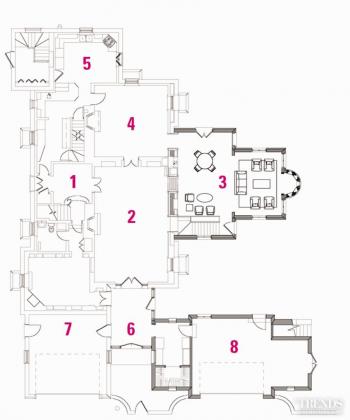 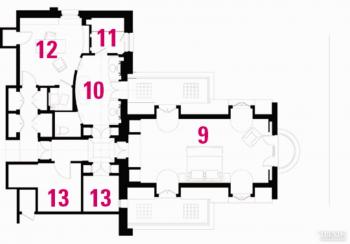 "Having a prominent face was also an appropriate response for a house fronting a lake," says Beyerl.

To maintain visual continuity, similar red bricks and stone quoins feature on the addition – and on the new garaging wing that was added to the side of the house.

"A projecting, 18-inch limestone eave at the front of the house was also repeated on the new buildings," says Beyerl. "Similarly, a band of limestone just above door height was extended."

Windows and doors on the extension are recessed 10 inches into the framing, providing further visual consistency with the original architecture. Beyerl was also able to source similar slate for the roof.

But the project was not just about re-creating the look of the exterior, and providing additional space. It was also about improving the functionality of the house, and providing a stronger connection with the lake.

A new conservatory near the front of the house provides an internal link to the garaging. With the exterior brick and stone walls continuing through the conservatory, and the provision of a large skylight, this transition space has an outdoor feel.

"Ensuring there would be plenty of light coming into the adjacent sitting room was essential," says Beyerl. "From inside, the conservatory gives the appearance of still being an outdoor space."

Making use of existing door openings, Beyerl positioned the addition on a direct axis from the front door to the spectacular lake view beyond.

"That vignette through the copper bay windows is the vista from the entrance – it helps draw the visitor through."

The first floor of the addition, which the owners call the Lake Room, incorporates a casual dining area, a wet bar and an intimate seating area beside the windows. A vaulted ceiling above this space helps to enclose it, making it more comfortable. Doors are positioned off to the sides of the room so the seating area does not become a circulation space.

"It was important that the Lake Room was not out of scale with the rest of the house," says Beyerl. "Dividing the overall space into two rectangles helps to maintain the right proportions."

A new master suite occupies the second floor of the addition. Again, Beyerl has borrowed from the architectural language of the original house, providing Parisian-style dormers, and framing balcony doors with a rounded opening. A large shower room, completely tiled in glass mosaics, incorporates a customized, built-in lounger.