Starting with the technical requirements for the stage and auditorium, architect Gordon Moller has created a multi-use theatre facility that acts as a beacon on Auckland's waterfront

After 25 years of hiring theatres around town for its repertoire of seven main bill shows a year, Auckland Theatre Company (ATC) finally has a place to call home. Designed by architect Gordon Moller of Moller Architects, and sitting on a high visibility harbourside site, the ASB Waterfront Theatre provides the company and the city with the 600+ seat theatre that they needed – and much more.

Moller – who also chairs ATC – says that after considering a number of sites around town, the company finally negotiated a 100-year lease for the 38m x 38m corner site in Wynyard Quarter.

After conducting a feasibility study to ensure the required 7000m2 building could fit on the site, Moller began the design process, using the requirements for the theatre itself to shape the building.

"ATC director Colin McColl wanted a traditional form of theatre – that is an auditorium, proscenium opening and a full height fly tower.

"He also wanted it to be an intimate setting that was acoustically designed for the spoken word." 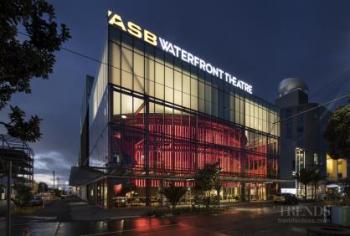 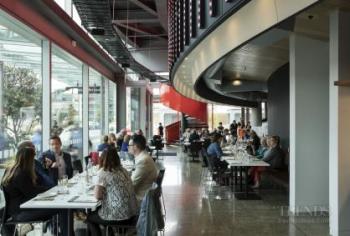 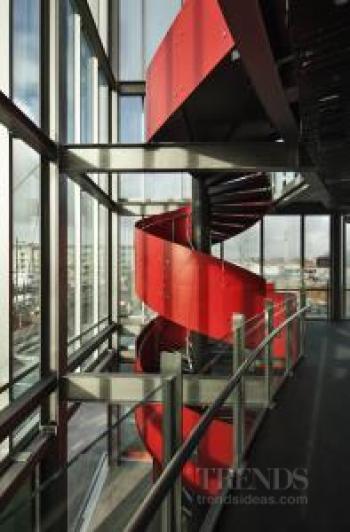 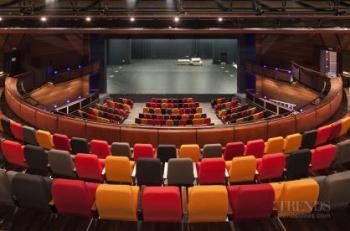 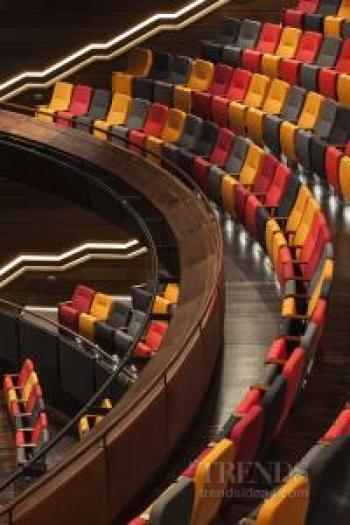 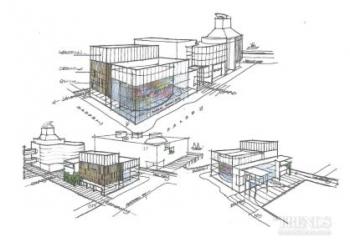 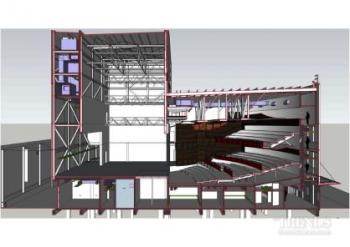 Based on these parameters, Moller started to determine what shape and size the theatre might be, so as to accommodate the 600 seats.

"To achieve the immediacy Colin required, the auditorium needed to be no deeper than 18m – and it's 24m wide in a circle, which allowed us to accommodate 670 seats.

"We then worked at this conceptual stage with Brian Hall, who has worked on theatres around the world, John McKay who's expert on the logistical issues and with Marshall Day as acoustical consultant. When you're spending $36 million on a theatre, you want to make sure you end up with something that's perfect," says Moller.

Various studies were done to see how best to connect the building to adjacent public spaces such as the courtyard between it and the ASB head office to the side. But that created challenges.

"One aspect of acoustics is the reverberation inside the theatre, but a building like this has to be sound-attenuated so you don't hear anything from outside during a performance. This was just too difficult to do with the building open to a courtyard."

The breakthrough came from Brian Hall, with his suggestion to move the theatre up to level 1.

"This not only allowed us to open the building up, but also meant we could accommodate the dressing rooms, scene dock, green room, wardrobe, laundry and trap room for the stage at ground level, underneath the theatre."

"Immediately we'd had that discussion, I realised we could distribute the balance of the ground floor to creating exciting public spaces that flow around the theatre – something we were very keen to do."

These comprise front-of-house facilities, a cafe on the street front and the bar and foyer to the side, all contained in a four-storey glass atrium that surrounds the theatre.

The curved back of the theatre extends into the atrium to create a strong sculptural element on levels one, two and three. Adorned with a 10,000 LED kinetic artwork running 29m long and 9m high, this now acts as a beacon for the theatre, both within the Wynyard Quarter and from the city side of the Viaduct Basin.

The lightwork is one of a series of major New Zealand artworks in the public spaces, including a six-metre high Maori pou located in the courtyard.

The bar foyer can be fully opened to this public courtyard, which sits between the theatre and the adjacent ASB head office.

And there are other connections to ASB.

"ASB is ATC's bank and a supporter, plus it is the naming rights sponsor of the building. We helped facilitate a 200-seat studio in its building, which we can use at times, while they can also have access to our facilities."

That link is strengthened by a bridge running between level two in both buildings, which also acts as a portal into the shared courtyard.

Moller says that it's not easy to incorporate green technologies into theatre design.

"Because a theatre is an enclosed box, it uses a lot energy – it's very hard not to. But we worked with eCubed on this and the building is about to receive a 5 Green Star rating."

This was achieved through factors such as the careful use of materials and by installing mixed mode air conditioning that switches between the auditorium and the public space, depending on which one is occupied.

While the theatre was designed specifically for speech, it's proved to be an ideal venue for other performances too – such as music and dance – as well as catering for functions in theatre downtime.