Monochromatic, box-like interiors have become a predictable design solution for apartment developers. While such interiors reflect the popular trend towards a pared-down look, they can leave homeowners wanting more.

Gary Sands, the owner of the apartment featured on these pages wanted to individualise his all-white apartment interior and make it a more comfortable living environment. Designer Robert Grubb says introducing colour was a way to absorb some of the intense light from the large expanse of windows in the open-plan living area.

"Buildings such as this apartment complex can dictate a style that is very ‘today', but we didn't want an obvious design solution that would look dated in a couple of years," he says. "The architecture also lends itself to an eclectic design approach, using a mix of interesting pieces."

Robert Grubb says the design needed to accommodate the owners' changing art collection, which includes several large paintings and sculptures. A 4m-long Tim Maguire diptych helped determine the colour selection for the living area. Its bold red and blue tones are balanced by a red painting on the opposite side of the room.

Other walls are painted a light grey shade. Furnishings chosen to complement these tones include a leather chaise lounge and a black granite plinth that supports a sculpture by artist Bert Flugelman. 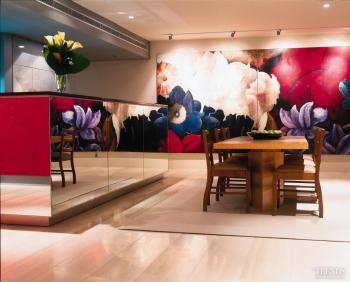 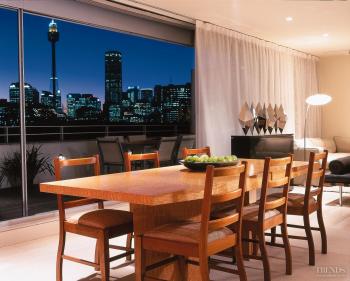 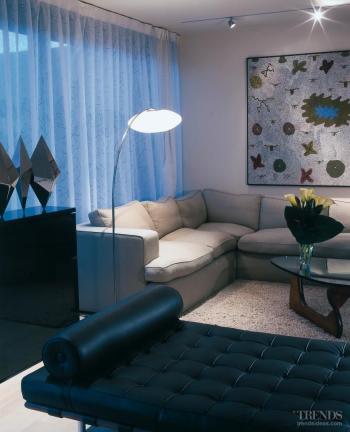 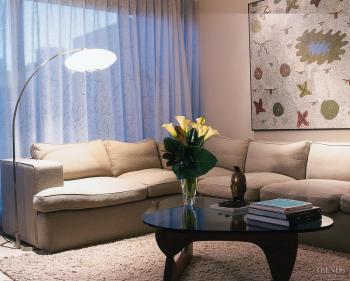 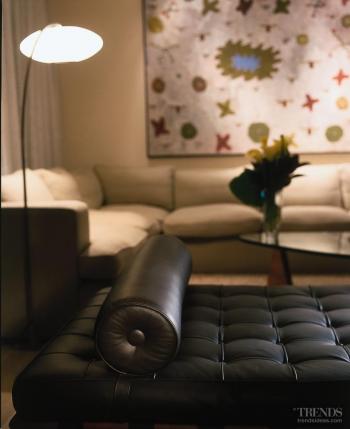 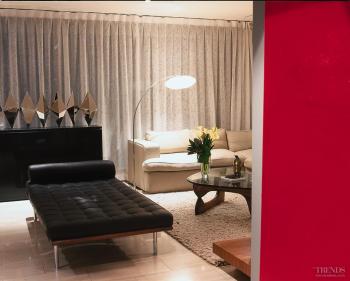 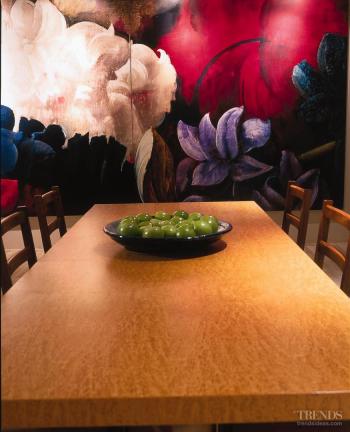 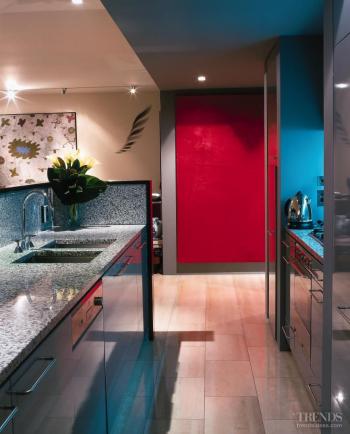 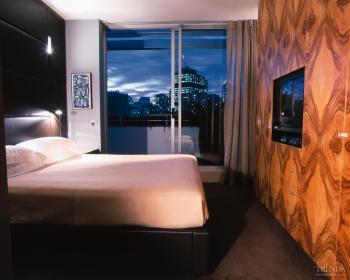 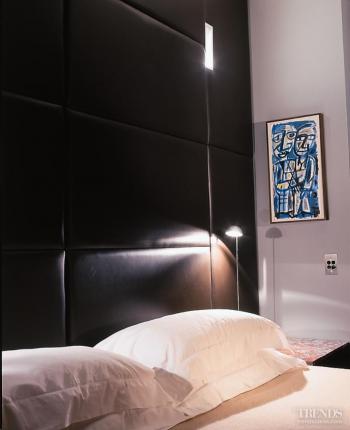 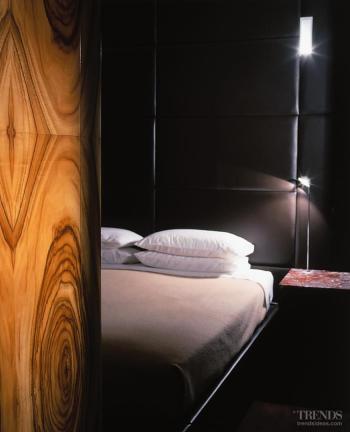 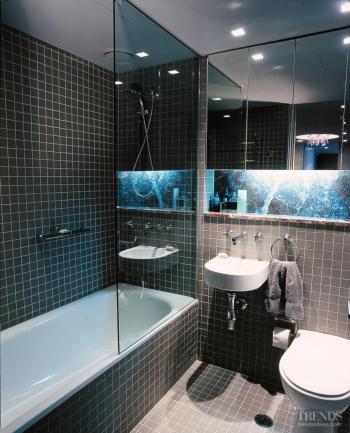 Black granite also forms an edging around the kitchen island. Originally a slim-look cabinet, the island was re-designed to look more like a piece of furniture, says Robert Grubb.

"We bulked it out to give it more volume and added a shadow line and the black edging. The mirrored front makes it seem less intrusive from the dining area."

The mirrors also reflect the art works, adding to the sense of drama. Robert Grubb says the lighting was redesigned, with track lighting highlighting special items, such as the art and furniture.

Other changes included transforming the laundry into a butler's pantry.

Considerable alterations were made on the second floor as well. To provide more storage in the master bedroom, additional space was gained from an adjacent bedroom. A new camphor-laurel wood veneer wall now disguises a bank of wardrobes. This was found in an old store and dates back to the 1950s.

Further visual interest is provided on the opposite wall, which features padded, dark leather. Fitted side tables and mirrors at either end of the wall help to add a sense of space to the room.

Different tones of camphor-laurel veneer also feature in the second bedroom and study. Other changes include the addition of new stone vanity tops and new fittings in the bathrooms.